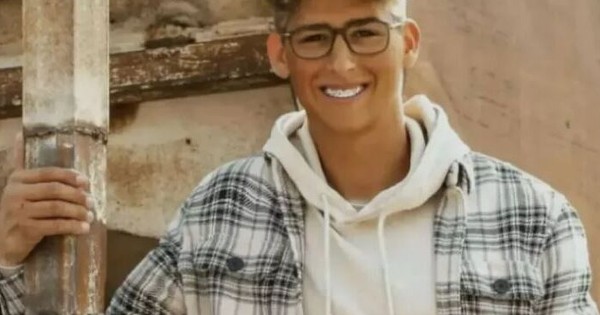 Joseph Farah(WND)
Shannon Brandt, 41, spent just days in a jail after admitting to “mowing down” 18-year-old Cayler Ellingson, killing him because of a “political argument.”

Brant, from North Dakota, was released on $50,000 bail, but admitted to State Radio that the pedestrian was “threatening him” and that he was “part of a Republican extremist group.”

He didn’t explain which “extremist group” the victim was allegedly a member of. He also fled the scene in his SUV.

Why did he drive away? Because he claimed the victim, who died after being treated for serious injuries, had called others who were “coming to get him.”

But Ellingson’s mother came to scene of a “street dance” that night because she was alerted by her son that someone was chasing him. She could no longer reach him after that warning.

And to top it off, Brandt failed a breathalyzer test that showed his blood-alcohol level was above the legal limit of 0.08.

Investigators later tracked Brandt to his home, where they stopped him outside the house, and he began talking, an affidavit states. Brandt allegedly admitted to fatally hitting the teenage pedestrian with his car. North Dakota Highway Patrol Capt. Bryan Niewind said there’s “no evidence” supporting Brandt’s claim that the teenager was part of a “Republican extremist group.”

Neighbors of Brandt described him as being “nuts his whole life” and someone who had mental health conditions – a typical Democrat. Another neighbor said Brandt’s bail was “extremely low” for what he allegedly did, adding that it should have been higher, and saying he “had too much to drink” the night of the incident. When Brandt is drunk, the neighbor alleged, he goes on “rampages.” Four of Brandt’s neighbors agreed that his mental health contributed to the incident and said they don’t believe the incident was motivated by politics.

And you’ll never believe this.

Brandt has had prior arrests.

He was arrested for unlawful possession of alcohol and fleeing a peace officer on foot in October 2006 and was also arrested for a DUI with actual physical control in February 2002, according to records.

Also, Brandt pleaded guilty to unlawful possession of alcohol and the DUI charge. Court records show a judgment was entered for the charge of fleeing a peace officer, but doesn’t specify if he was found guilty or if the charge was dismissed.

Ellingson’s death has triggered further backlash against President Joe Biden, who had recently painted Republican supporters in an extremely negative light, too say the least. In a prime-time address on Sept. 1, Biden claimed “MAGA Republicans” are threatening the “very foundations of our republic” and that they held an “extreme ideology.”

“There is no question that the Republican Party today is dominated, driven and intimidated by Donald Trump and the MAGA Republicans, and that is a threat to this country,” the Democrat said in front of an ominous red backdrop and flanked by two Marines.

In a Sept. 21 tweet, Karol Markowicz, a columnist at Fox News, blasted Biden’s speech, stating that his rhetoric has “consequences.”

I guess we know what those consequences are now.

“The blood of that 18-year-old North Dakota Republican – killed by a man who called him an ‘extremist’ – is on Joe Biden’s hands,” radio show host Todd Starnes said in a tweet.

In a Twitter post, Mia Cathell, a reporter at Townhall, said that Brandt has been “scrubbing” his social media since his release.

President Donald Trump mourned the needless death of the teen. So did Sen. Ted Cruz of Texas and Rep. Marjorie Taylor Greene of Georgia.

Green tweeted: “A left wing political terrorist is walking free after intentionally killing an 18-year-old because he was a Republican just weeks after Biden declares war on MAGA. Not one J6 defendant is charged with murder, yet they are rotting pretrial in jail not allowed to post bail.”

Judge James Hovey set a $50,000 bond for Brandt. After posting bail, Brandt is now free, with no curfew and no house arrest. He is scheduled to appear again in court on Oct. 11.

A GoFundMe has been set up to pay for the burial of Caylor Ellingson. It has raised $52,055 so far.