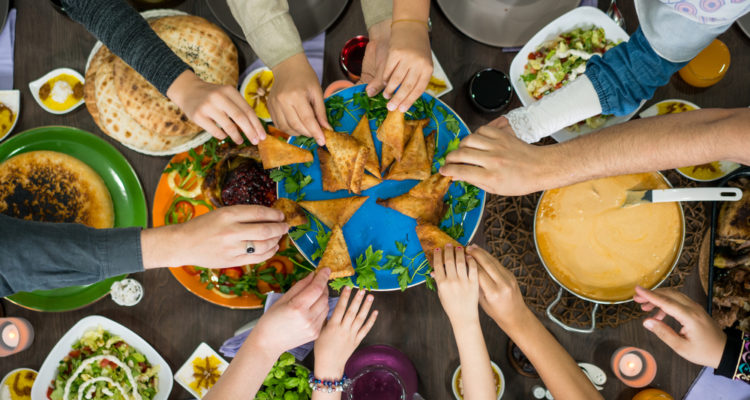 An American Jewish organization for people in their 20s and 30s is hosting an “intentional Yom Kippur lunch meetup,” prompting a firestorm on Jewish Twitter for violating the main commandment of the holiest day in the Jewish calendar, which is to fast.

According to the Washington-based Gather DC, “fasting is just one of several valid ways to observe the holiday” and “is not required to be considered a good Jew.”

The event is one of three that the group is organizing for the high holiday, which have been billed as “Alternative Yom Kippur events.”

“We know that there are many who do not fast on Yom Kippur for important personal, health, and religious reasons,” Gather DC wrote on their website. “This is something that should be celebrated because Jewish tradition acknowledges that fasting is just one of several valid ways to observe the holiday.”

“This year, we’re experimenting with organizing a lunch meetup for those who would find it meaningful to gather with other people who also do not fast and even engage in a Jewish ritual to honor the act of intentional eating on this special day.”

According to the site, “GatherDC will pick a central meeting point on the SW Waterfront following our Alt YK (alternative Yom Kippur) morning experience, where you’ll have time to meet others and Rabbi Ilana [Zietman] for schmoozing and intention-setting before embarking on a self-led lunch excursion on the beautiful waterfront.”

GatherDC’s morning service, which in recent years has gathered steam and is well attended, is billed as an “exploratory and interactive Yom Kippur experience.”

“It’s not a prayer service and it’s not in a synagogue, although the space we’ll create together will be special.”

Gather DC went on to say, “you don’t have to believe in God to be moved or inspired, although it’s cool if you do, too.”

The service includes writing activities, the collection of charitable donations, as well as live Jewish and secular folk music – all three of which are forbidden on Yom Kippur according to Jewish law.

The invitations triggered an outcry on social media.

Social media influencer Rabbi Josh Yuter tweeted: “Today I learned that not fasting on Yom Kippur for religious reasons is to be celebrated because ‘Jewish tradition acknowledges that fasting is just one of several valid ways to observe the holiday.’ In other words, literal and figurative ‘cafeteria Judaism.’”

Israeli political activist Binyamin Lachkar slammed the “fake organization” of “fake rabbis” who practice a “fake Judaism for mostly fake Jews,” and went on to say that many are not Jewish according to the Jewish law.

Joel Griffith, a research fellow at the Heritage Foundation, tweeted: “In a shocking mockery of Jewish practice, Gather DC is promoting a meal for Jewish young adults during Yom Kippur, a day of fasting, to ‘honor the act of intentional eating on this special day.’”

He asked, “What does Hebrew Union College (HUC) say about participation in this by one of their most noteworthy graduates?”

Jeff Jacoby, columnist at the Boston Globe, tweeted: “Will they be serving pork, shrimp, and frog legs to mark the occasion?”

Carly Pildis, a director at the Anti-Defamation League, expressed support for GatherDC’s activities, saying the group was “an invaluable resource serving the local Jewish community for many years.