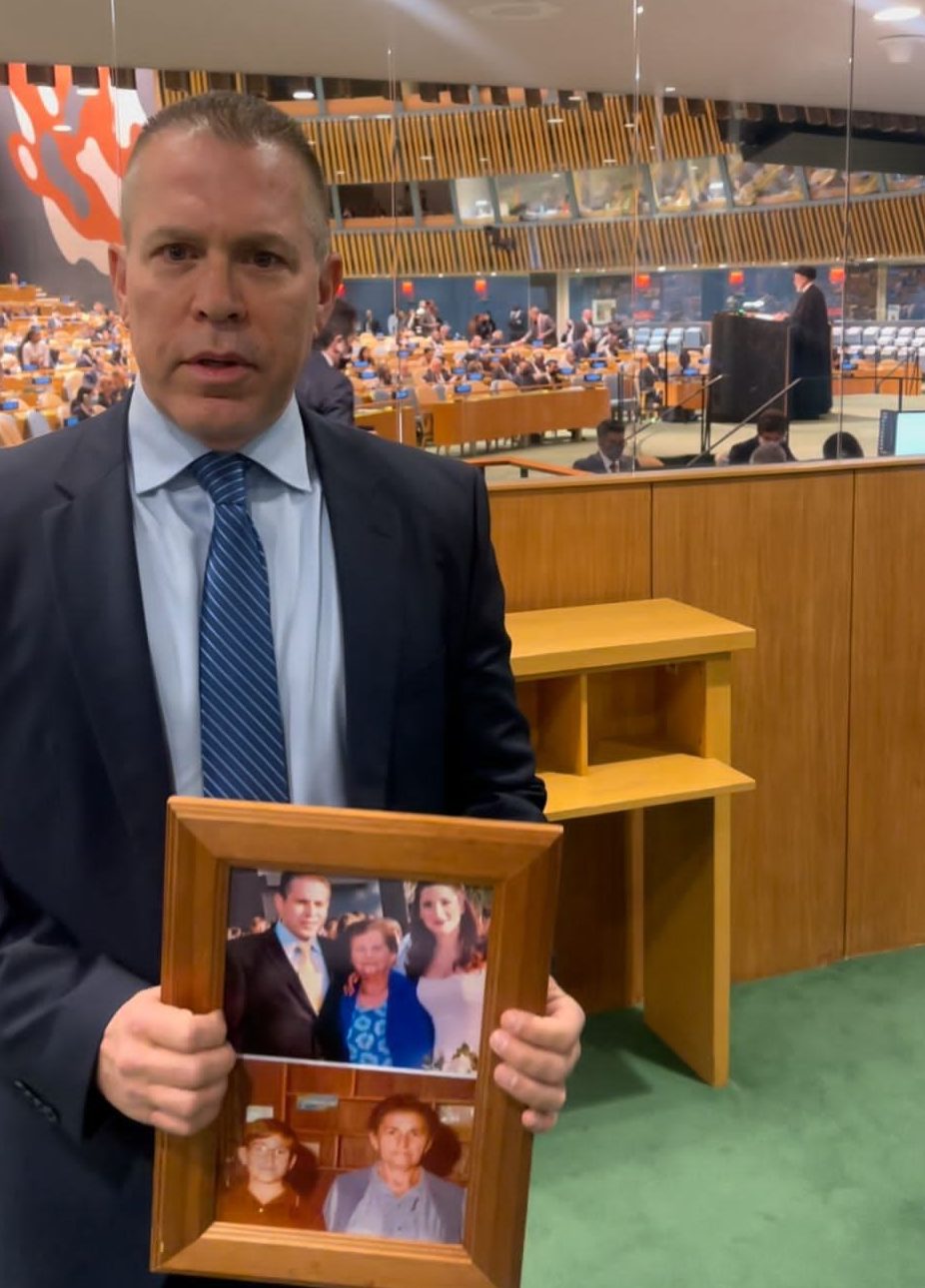 ”This is a new moral low for the UN. A mass murderer who denies the Holocaust, is allowed to spread his despicable hate on the UN platform. Any ambassador who stays in the hall to listen to him should be ashamed.”

(New York – September 21, 2022) Israel’s Ambassador to the United Nations Gilad Erdan left the UN General Assembly during Iranian President Ebrahim Raisi’s speech to protest Raisi’s denial of the Holocaust. At the beginning of Raisi’s speech, Ambassador Erdan placed a picture of his grandmothers, survivors of the Auschwitz concentration camp who both lost family members during the Holocaust, next to Israel’s sign on its table in the General Assembly Hall.

Ambassador Erdan said, “The UN has descended to a new moral low today. While in Iran the Ayatollah regime oppresses its citizens, murders women who do not cover their heads, and finances terror attacks around the world, here at the United Nations, which was established to prevent such atrocities, the president of Iran, the murderer and Holocaust denier Raisi, gets a platform to spread his hatred. It’s a disgrace and that’s why I called all the ambassadors to leave the General Assembly during his speech. I showed Iran’s president a picture of my late grandmothers so he could see ‘a few more signs’ that the Holocaust happened and tell him that we will never allow the horrors that happened to us to happen again.”