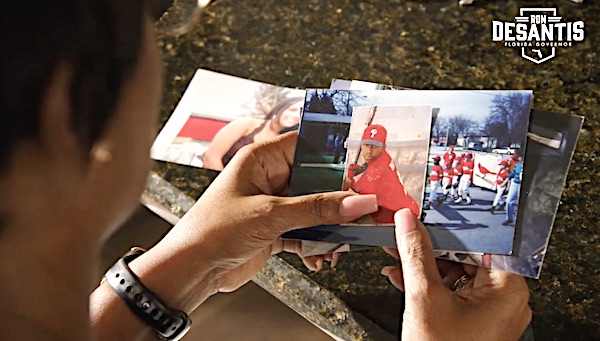 Florida Gov. Ron DeSantis, fresh off the delivery of 50 migrants who entered the U.S. illegally to Martha’s Vineyard, the swanky New England locale where millionaires are just neighbors to Barack Obama, has released a new ad that assuredly will escalate the fight.

A report at The Right Scoop reported the ad features the mother of a 21-year-old man who was killed by a twice-deported illegal who was not supposed to be in the United States, in a car crash.

The illegal hit the innocent victim’s car so hard if flipped onto its top.

We released a new ad today to tell the story of a mother who tragically lost her son as a result of illegal immigration.

This tragedy is a result of open border policies & why @RonDeSantisFL fights to keep FL safe. pic.twitter.com/3nt57oCjzM