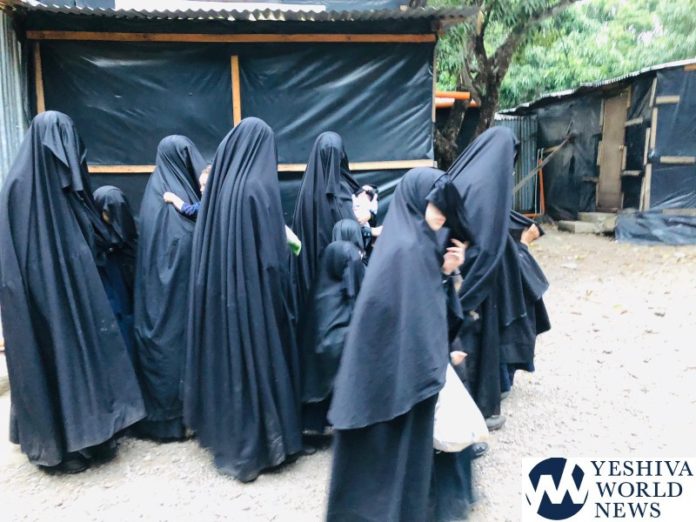 “I’m Witnessing History In The Making”, Says Protester In Shanghai

Mexican authorities raided a jungle compound of the Lev Tahor cult along the Guatemalan border on Friday, rescuing a three-year-old Israeli boy whose father had escaped the cult years ago as well as older teenagers, according to a report by the Israeli foreign ministry on Tuesday, as was reported by the Vois Es Nais web site.

The BBC reported that the Israeli foreign ministry said that two members of Lev Tahor were arrested on suspicion of human trafficking and serious sexual offenses, including rape.

Lev Tahor (Hebrew for Pure Heart) is known for extremist practices and imposing a strict regime on members. The BCC reported that it advocates child marriage, inflicts harsh punishments for even minor transgressions and requires women and girls as young as three years old to completely cover up with robes.

The stricture has earned the group the nickname the Jewish Taliban, because of seeming similarities with the dress code enforced by the Sunni Muslim extremist group which controls Afghanistan.

Twenty-six members were found in the compound, among them Israelis with dual citizenships including Canada, the US and Guatemala, Israel’s foreign ministry said, as was reported by the BBC.

The Israeli foreign ministry also told the BBC that a Canadian and an Israeli citizen were arrested, while two other wanted members reportedly left the compound two days before the raid and are being pursued. Five more were detained for allegedly breaking immigration rules.

The remaining members are being housed at a facility of the Mexican Ministry of Welfare pending a decision on what will happen to them, the Israeli foreign ministry said, according to the BBC report.

The raid was carried out at the city of Tapachula in southeast Mexico and involved dozens of local law enforcement and welfare workers. It was approved after an investigation by Mexican authorities found evidence of cult members being involved in human trafficking, rape, drug trafficking and other serious offenses, as was reported by VIN.

The three-year-old son of an Israeli, Yisrael Amir, who had previously left the group, was among those removed from the compound. Amir, who was present during the raid, flew back to Israel with his son on Monday, the BBC reported.

VIN reported that in an interview with Uvda, an Israeli investigative and current affairs program on Israel’s Channel 12, Amir said:  “Now I can start building my new life as a young father in Israel. Ever since I managed to escape I had one dream — saving my son from the nightmare of living in the cult.”

He said in a Facebook post in February:  “When I was a teenager in the cult I was always told to cancel myself, that I was worth nothing. They took my childhood away from me, my friends, my family, and basically all I had. But one thing they could not steal from me — my choice of a better life, to not take for granted what others chose for me.”

The Mexican police worked alongside a four-man volunteer team from Israel, including former Mossad agents, in planning and carrying out the operation, as was reported by the BBC.

The elite police unit which raided the compound “very carefully and without resorting to any violence” included both male and female officers because of the number of women and children in the sect, the Israel source told the BBC.

The BBC also reported that the source said that “the Mexican authorities did their duty in the best possible way.”

The operation was set in motion about two years ago, when Amir and other relatives of some of those in the group asked one of the former agents for help, the BBC reported.

The team travelled between Israel and Guatemala, where the branch had lived since 2014, carrying out surveillance operations and working with local authorities, law enforcement and a Guatemalan private investigator.

The BBC also reported that in January, about 40-50 members illegally crossed into Mexico, where they continued to be tracked, settling in the jungle north of Tapachula.

During the raid a private Israeli team hired by relatives of some of the cult members stood by, as well as Israeli consul Lior Batzov, who was sent to the site to make sure that cult members were not treated with violence and that children would not be separated from their parents, as was reported by VIN.

The Israeli foreign ministry said that the detainees are being held in clean rooms and have received kosher food for the duration of their custody.