A Filmmaker’s Post-Mortem on Ken Burns & The Holocaust 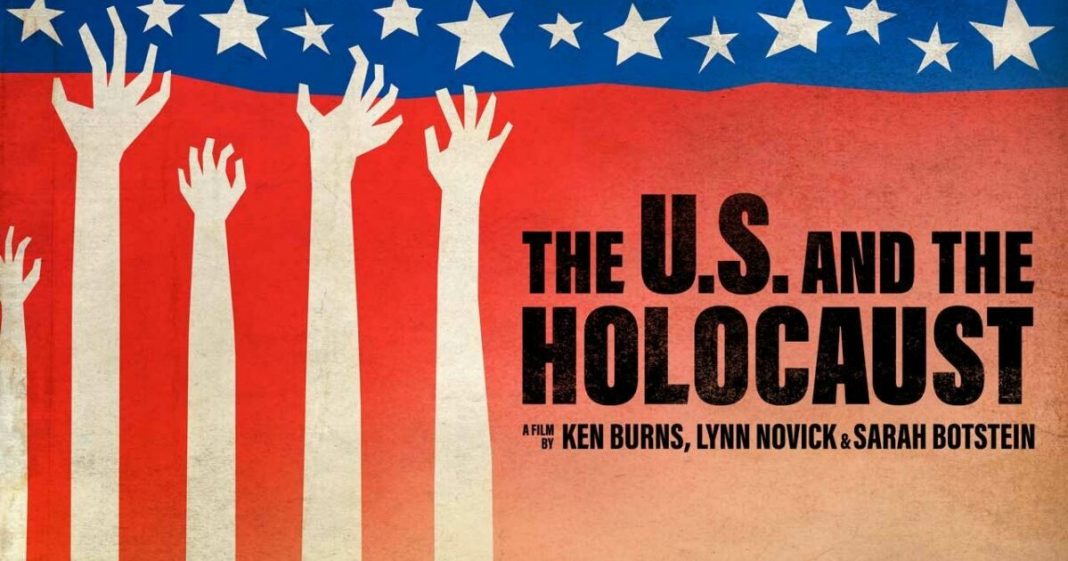 Ken Burns’s advance interviews for his new Holocaust film provided much material for public discussion. Now that PBS has broadcast the six-hour series, how does the film measure up?

The answer, unfortunately, is that it’s a disappointment. “The U.S. and the Holocaust” misrepresents some key historical issues and entirely omits crucial information. Ultimately, Ken and his producer partners, Sarah Botstein and Lynn Novick, have failed to deliver the kind of film that we would have expected, given their track record.

I write not as a historian, but as the producer and director of a previous PBS film on America’s response to the Holocaust, “America and the Holocaust: Deceit and Indifference,” which first aired in 1994.

Inevitably, both my film and Ken’s cover some of the same ground. We both describe the context in which America’s response to the Holocaust evolved, such as the racism, isolationism, and antisemitism in the United States in the 1930s. Ken handles those themes and the unfolding of the Nazi genocide quite well, worthy moments of Holocaust education

It is one thing, however, to acknowledge the disturbing trends in public and congressional opinion in those days; it is another to make it seem as if President Franklin D. Roosevelt was captive to them, as Ken does. FDR, after all, was a masterful leader. When he cared about an issue, he knew how to fight for it. But he made no real effort concerning the plight of Jewish refugees, not even to let them stay temporarily in a U.S. territory such as the Virgin Islands.

One might argue that Ken’s series is so broad and complex that it’s easy to lose Roosevelt in its massive story. Perhaps that was his intention. Ken certainly has the skill to render his subjects with vivid three-dimensional effect. Yet in this vast work, FDR is at times ghost-like—a hapless, impotent figure. The film offers excuses for the president’s inaction and shifts almost all the blame to Assistant Secretary of State Breckinridge Long. Viewers could easily forget who actually hired Long, and who could have fired him if he had wanted to. Long served at the pleasure of the president, not the other way around.

It’s a shame the series brings nothing new to understanding Roosevelt’s troubling decisions and motivations. Ken had a major advantage in making this new film. He could have drawn on significant information scholars have uncovered in the past two decades about FDR and America’s response to the Holocaust. I’m puzzled and disappointed he did not.  For example:

— FDR’s Private Feelings About Jews. Historians have uncovered more than a dozen private statements made by Roosevelt in which he disparaged “Jewish blood,” advocated quotas on Jews in various professions (and college admissions), and even accused the publishers of the New York Times of using a “dirty Jewish trick” to gain a tax advantage. While President Roosevelt’s private feelings about Jews may or may not offer a clue to his policies concerning Jewish refugees, they at least need to be part of the conversation. Yet they are not mentioned in the film.

— The James McDonald Diaries. The discovery of the diaries of the late refugee advocate and diplomat James G. McDonald shed new light on his efforts to help the Jews—and the refusal of the Roosevelt administration to assist him. Remarkably, McDonald is not even mentioned in the film.

— The George McGovern Interview. In a revealing 2004 interview with filmmakers Chaim Hecht and Stuart Erdheim, George McGovern, the former senator and presidential nominee, recounted his experiences as a World War II pilot who bombed the oil factories in the slave labor section of Auschwitz. McGovern’s eyewitness recollections about the feasibility of bombing the railways leading to the camp tell us much more than Ken’s commentators, who offer confusing speculations about why neither the railways nor the gas chambers were ever bombed.

Admittedly, a disadvantage Ken suffered was that in the decades since my film, some of the remaining principal figures in the story passed away. For example, unlike Ken, I had the opportunity to personally interview John Pehle, the first director of the War Refugee Board.

Recalling the British-American conference on refugees held in remote Bermuda in 1943, Pehle told me it was “a conference set up to not accomplish anything, and the people who represented the United States there were given those instructions.”  Yet the Bermuda meeting, a crucial event in the history of the U.S. response to the Holocaust, was not even mentioned by Ken.

Regarding the failure to bomb Auschwitz, Pehle says in my film, “After we recommended to the War Department that the extermination facilities at Auschwitz be bombed, we were told [that] this would involve bombers being sent from England…and therefore, it was not possible to do this. Later, perhaps after the war, we discovered at the very time we were recommending this, bombing all around Auschwitz was going on from Italy, and we had been misled.” Pehle’s powerful words should have been in Ken’s film. They are not.

As with every Ken Burns film, “The U.S. and the Holocaust” includes affecting cinematography, touching moments, and memorable music–although the decision to appropriate the precise Bach violin concerto passage from the most poignant moment of my film, is certainly questionable.

But the film’s strengths do not make up for the fact that this Burns production stumbles when it comes to the most important parts of the historical record. Ken promised “The U.S. and the Holocaust” would answer many of the lingering questions about our nation’s response to the Nazi genocide. But after watching all six-plus hours of the film, I can only imagine that many people are still asking the same questions. They certainly should be.

Martin Ostrow has been an award-winning documentary producer, writer and director for public, commercial and cable television for more than 30 years.