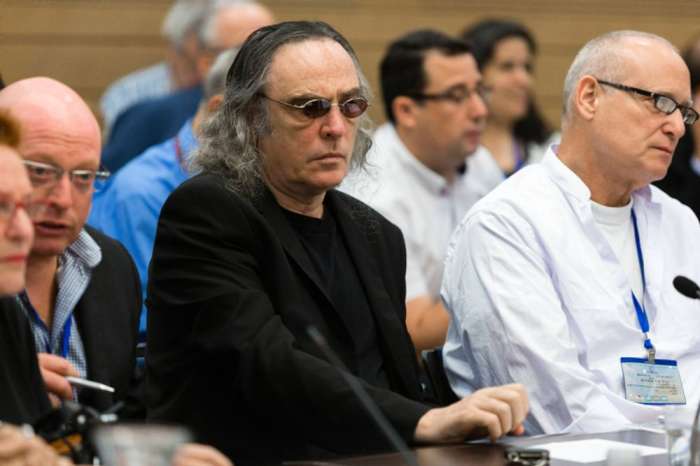 One of Israel’s leading pop singers Zvika Pick passed away on Sunday at the age of 72, according to reports.

He was found dead at his home in Ramat Hasharon in central Israel, according to an i24News report.

Pick started his career at the age of 15 and became largely famous in the 1970s, winning the title “Israeli male singer of the Year.” i24News reported that he also played the lead part in the Hebrew version of the rock musical “Hair.”

Both a talented singer and composer, he wrote the song “Diva” in 1998, which was performed by Dana International and won the Eurovision Song Contest. The Times of Israel reported that Pick continued writing songs for several other Eurovision contestants, reuniting with Ginai to write the “Light a Candle” for Sarit Hadad, who represented Israel in Eurovision 2002, and writing a song for Israel’s 2010 contestant, Harel Skaat, as well as for Georgia’s contestant.

Pick was often referred to as the “King of Pop” in Israel. He starred in television shows, including the documentary “Maestro” about the daily life of his family, as was reported by i24News.com

The Times of Israel reported that Israeli Prime Minister Yair Lapid on Sunday mourned the loss of the singer and songwriter, noting that Pick sang the words, “‘Music penetrates the heart’ — a sentence that describes most of his songs and tunes that penetrated the heart and Israeli culture… Svika was a revolutionary artist of his generation, a pillar of Israeli pop. Svika died today, but his songs and music that are left behind will continue to be played for many years.”

Named Henrik at birth, Pik was born in 1949 in Poland, according to a report in the Jerusalem Post. In the first eight years of his life, Pik learned music with an emphasis on classics and the piano.

Wikipedia reported that his grandfather was the head of a music school, and his uncle was a music professor. At the age of five, Pick studied classical music. In 1957, his family immigrated to Israel. Pick studied music at the Conservatory of Ramat Gan, and started to perform in local Israeli rock bands at the age of 15, as was reported by Wikipedia.org.

Pick married Israeli songwriter Mirit Shem-Or, with whom he has a son, and two daughters; Sharona and Daniella, who have performed together as the Pick Sisters, Wikipedia reported. Shem-Or wrote the lyrics for many of Pick’s hits, including “Mary Lou”, which was about her. After they divorced, they continued to collaborate artistically.

Pick was also in a relationship with Israeli fashion designer Shira Manor, with whom he had two sons, Tim and Neal. Wikipedia reported that in 2018, a flight from London to Tel Aviv was diverted to Vienna after Pick suffered a stroke. He later stated that he had to go extensive rehabilitation afterwards, including relearning Hebrew and his ability to walk.

In 2017, Pick’s daughter Daniella 38, became engaged to American filmmaker Quentin Tarantino. They were married in November 2018 in Beverly Hills, California. Initially, the couple traveled back and forth between their residence in Israel and Los Angeles, CA.  As of 2020, when the pandemic-led-lockdowns began, the couple made their main residence in a Ramat Aviv Gimel neighborhood of Tel Aviv.  In February 2020, the couple welcomed their first son, Leo –who was also born in Israel. Their second child, a daughter, was born this July.

Pick’s daughter Sharona is married to Israeli hotelier Daniel Federmann, son of businessman Michael Federmann, and his son is a doctor.

Share
Facebook
Twitter
Pinterest
WhatsApp
Previous articleDr. Kedar: Abbas getting old and has less control over his tongue. Says what he thinks
Next articleOwner of NJ’s American Dream Mall Defaults on Financial Agreement as Debt Payments are Missed