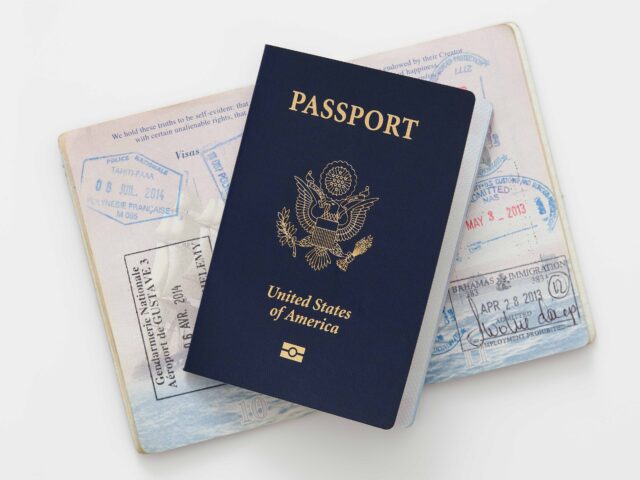 Donald Trump’s legal team demolished the Department of Justice’s (DOJ) media spin that denied having the former president’s passports in their possession following the FBI’s raid on Mar-a-Lago last week.

On Monday, former President Trump claimed on his social media site TruthSocial that the FBI “stole” his passports during the raid that shook the political world last week.

“In the raid by the FBI of Mar-a-Lago, they stole my three Passports (one expired), along with everything else,” he said. “This is an assault on a political opponent at a level never seen before in our Country. Third World!”

As Breitbart News noted, the passports were “not independently itemized on the FBI’s property receipt of the 28 inventory items federal agents seized.”

“The warrant, which Attorney General Merrick Garland says he approved and was signed by Magistrate Judge Bruce Reinhart, did not state that they could take Trump’s passport,” the report noted. “Typically, the government needs a separate court order to seize someone’s passport, even temporarily.”

According to Norah O’Donnell of CBS News, a DOJ official said the former president’s passports were not in their possession, one of which presumably would have been a diplomatic passport.

“According to a DOJ official, the FBI is NOT in possession of former President Trump’s passports. Trump had accused the FBI of stealing his three passports during the search of his Mar-a-Lago home,” O’Donnell announced on Monday.

Shortly after Norah’s post, Taylor Budowich, the former president’s communications director, shared an email from Jay Bratt, the top counterintelligence official in the Justice Department’s national security division, confirming that three passports were seized in the raid and that they would be returned to the former president soon.

“We have learned that the filter agents seized three passports belonging to President Trump, two expired and one being his active diplomatic passport. We are returning them, and they will be ready for pick up at WFO at 2 PM today,” the email to Trump’s attorneys read.

Norah O’Donnell amended her initial statement in light of the new information.

Speaking to Fox News on Monday, Donald Trump warned about the “tremendous anger” brewing in the country following the raid on his private residence.

“There has never been a time like this where law enforcement has been used to break into the house of a former president of the United States, and there is tremendous anger in the country—at a level that has never been seen before, other than during very perilous times,” Trump said.

Paul Bois joined Breitbart News in the summer of 2021 after previously working as a writer for TruthRevolt and The Daily Wire. He has written thousands of news articles on a variety of topics, from current events to pop-cultural trends. Follow him on Twitter @Paulbois39