(JNS) Rabbi Shlomo Litvin and his father, Rabbi Avrohom Litvin, of Chabad of Kentucky, drove across the commonwealth on Monday, their car filled with supplies such as portable mattresses, bottled water, cleaning items, gift cards and more.

They were heading to small towns like Hazard and Whitesburg in eastern Kentucky—some of the poorest parts of the Bluegrass State—to help out in the aftermath of deadly flooding last week that claimed the lives of at least 37 people, including four children.

His father added that “many houses floated away, literally floated. The devastation is very difficult to see.”

Late last week, more than seven inches of rain fell in a matter of hours, leading to flooding and mudslides; causing homes to shift off their foundations and roofs to cave in; and leaving water simply everywhere.

A commander with the National Guard in Kentucky briefs Rabbi Avrohom Litvin on where disaster relief is most needed. Credit: Courtesy of Chabad of Kentucky.

More than 1,300 water rescues have been made in recent days and almost all of the missing have been accounted for, according to local officials. Displaced residents are being housed in 15 shelters and two campgrounds at state parks, with more than 10,000 Kentuckian utility customers still without any power.

This is the latest in a series of weather-related disasters to hit Kentucky, where a row of tornadoes in December decimated areas in the western part of the state.

As Kentucky Gov. Andy Beshear said, “I wish I could tell you why we keep getting hit here in Kentucky. I wish I could tell you why areas—where people may not have that much—continue to get hit and lose everything. I cannot give you the why, but I know what we do in response. The answer is everything we can. … The damage suffered is enormous and recovery will be a long-term effort. This assistance is critical to our efforts and essential for our people.”

Beshear was planning to visit Israel this week but canceled to stay and help his constituents.

Throughout the United States this summer, the weather has been extreme, challenging people, pets and infrastructure. Another spate of excessive heat is expected in the next few days, with warnings stretching from Texas through the Mid-Atlantic, Northeast and New England.

In California, wildfires have burned more than 147,000 acres since the start of 2022, while in other parts of the state, and in much of the Southwest, water rationing tightens as the water basin for millions of people continues to dry up for lack of rainwater.

According to Efrat Morin, a professor at the Fredy and Nadine Herrmann Institute of Earth Sciences at the Hebrew University of Jerusalem, “in general, it is known that extreme rain events are going to get more extreme,” but with high place-to-place variation.

“This means that the historic 100-year event now has a higher frequency, and the current-day 100-year event is more intense than the historical one,” she said. “The increase in extreme events is not only regarding rain but also regarding droughts. It is shown droughts are increasing in their duration and frequency.”

Noting that “rain is naturally a highly-variable phenomenon,” the professor told JNS, it is hard to “quantify what part of the change is due to global warming and what part is because of natural variability.”

Morin said that “from research in our group, about intensive storms in Israel’s region, and how would they be at the end of the century compared to the beginning, we found that they will become more concentrated: less total rainfall, higher rain rates, lower coverage area and shorter duration.”

But in other locales, she said, “both rain rates and total rainfall increase.”

‘A record heat wave in Europe’

While rain and flooding are significant concerns, and can be deadly, the real danger, historically, is the heat, say officials.

“Extreme heat and humidity is one of the leading weather-related killers in the United States, resulting in hundreds of fatalities each year,” according to the National Weather Service, a division of the National Oceanic and Atmospheric Administration. “In the disastrous heat wave of 1980, more than 1,250 people died.”

High heat is actually the latest challenge facing storm-weary Kentucky. To alleviate the problem, the state has set up a number of cooling stations to help residents.

According to Avrohom Litvin, the needs on the ground change day by day and for that reason every time they send supplies to the disaster areas they need to take into account what is needed most at that moment. 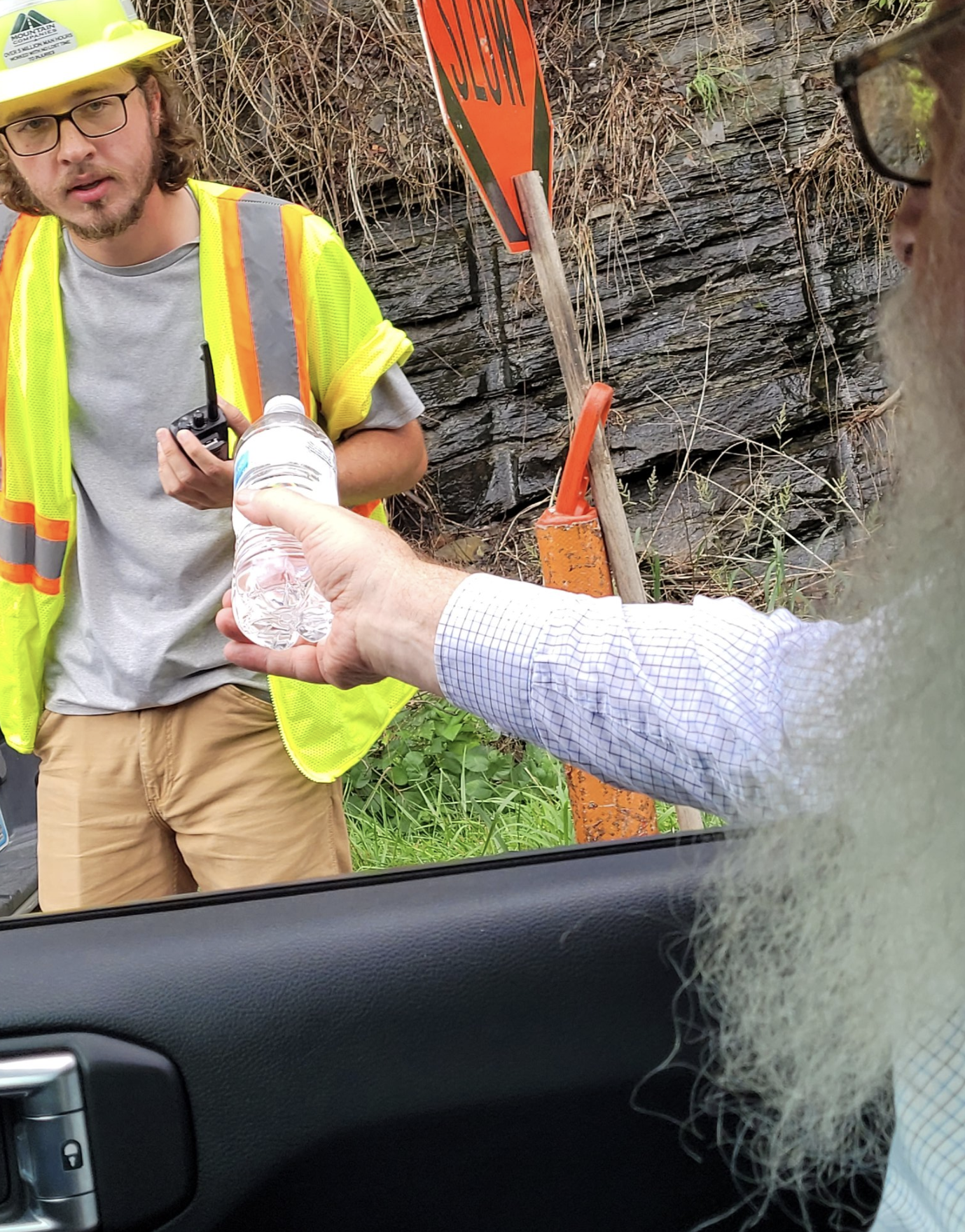 “The first day the need water, [today] the big need was beds,” he said, “next, it’s cleaning supplies and clothing. We are reacting to their needs. We’ve scheduled another truck for later in the week because they are so overwhelmed with having to feed and house people.”

Litvin estimates that they’ve already spent well in excess of $150,000.

Many of the goods that Chabad of Kentucky provides come through its social-service arm, Project Friendship. That division provides clothing, shoes and household goods to people in need. Some of the goods that they delivered to eastern Kentucky also came from the Consul General of Israel to the Southeastern United States.

As the consul general, Anat Sultan-Dadon, told Chabad.org, “We had the privilege of offering our support to the people of Kentucky following the devastating effects of the tornadoes a few months ago and were greatly impressed with the strength of spirit, resilience and willingness of our neighbors to come together to assist their fellow Kentuckians. As we are watching the current tragic effects of the flooding in Kentucky, we are glad to be able to join Chabad in an initiative to provide some assistance to those currently experiencing difficulty.”

While Kentucky’s small Jewish community was not impacted by the flood, Jewish organizations are nevertheless pitching in to help. In addition to Chabad and the Israel consulate, Masbia, a kosher soup kitchen based in the Chassidic neighborhood of Boro Park, N.Y. The organization’s disaster relief team, which includes its executive director Rabbi Alexander Rapaport, went down to Kentucky to deliver needed supplies, including bleach and blow-up beds.

According to Shlomo Litvin, this week has been the first time some of the people in eastern Kentucky have ever seen a Jew. “We are the first Jews they’ve ever met,” he said, noting that providing help has no religious boundaries.

“We are needed,” said his father. “This is one of the poorest sections of America, they are challenged on a daily basis. We will be back to help.”