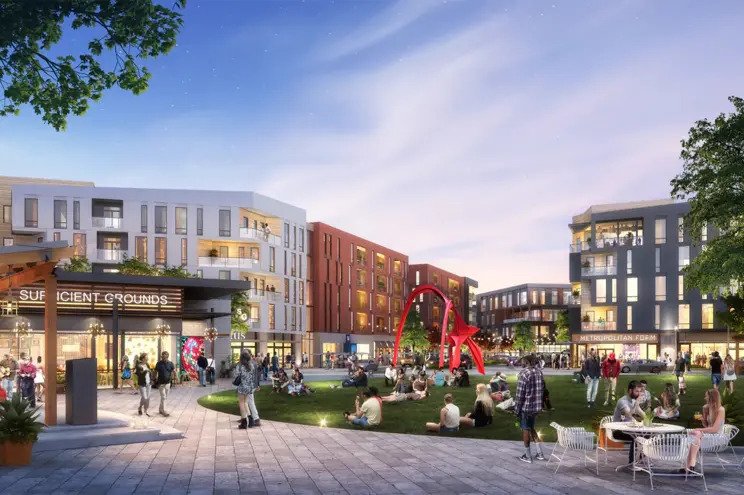 For many of us, a day spent shopping at a local mall can be so much fun that we wish we never had to leave. Well, now that dream may be within the realm of reality.

The New York Post reported that the Westfield Garden State Plaza mall in Paramus, New Jersey will be adding 550 luxury apartments to its over 2-million-square-foot property, according to NJ Advance Media. New Jersey boasts a large selection of upscale malls for shopping afficionados and in 2017, the Paramus mall was selected as the number one shopping venue in the state by nj.com.

The report said: “Garden State Plaza is as good as it gets. This mall has an immense amount of shopping options and the food selection and quality is unparalleled, with a Shake Shack, Bourbon Street Grille and Chili’s among others.

With anchor stores such as Nordstrom, Neiman Marcus and Macy’s highlighting an enormous overall area, this mall is easily the largest in the state. The store entrances are immaculate and you could eat off the marble floors. It’s easy to navigate and there are even cool virtual reality stations and massage areas to enhance the shopper experience.”

The Post reported that the Westfield Garden State Plaza mall in Paramus is the fifteenth largest in the nation and second biggest in New Jersey. The shopper’s paradise will see redevelopment

Redevelopment of the shopping mecca, the fifteenth largest in the nation and second biggest in the Garden State, will start 2024 and will take about two years, as was reported by the Post.

The Post also reported that this week, Unibail-Rodamco-Westfield, the owners of the mall announced that it has intentions of partnering with the construction team Mill Creek Residential for the first phase of the project.

The residential project was in the works prior to the advent of the Covid pandemic and the Post reported that it includes two new buildings that will go up in an existing parking lot on the west side of the mall, along with parks, gardens, commercial office space and a transit center.

The developers of the project said that there will also be an outdoor area that features restaurants, new retailers and community event spaces, as was reported by the Post.