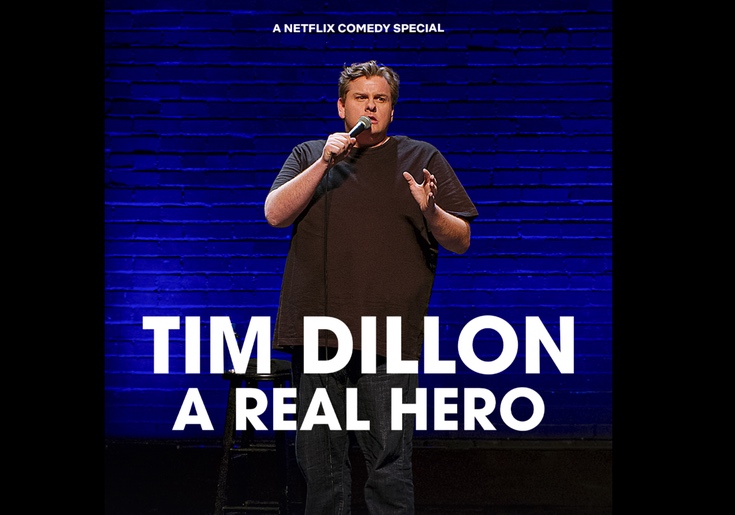 The year 2022 has been anything but chill for Netflix. For the first time in a decade, the streamer is hemorrhaging subscribers. At its January peak, the stock was trading close to $600-per-share. It’s now available at the significantly reduced price of $238. In a boom, the streaming behemoth embraced progressive culture and content. But in these trickier economic times, it appears to have had an attitude adjustment.

This spring, a group of employees laid off by Netflix reportedly included “some of the most Twitter-active social justice workers in the place.” A memo warned staff that they may need to work on “titles you perceive to be harmful” and encouraged them to seek employment elsewhere if that was too burdensome. Celebrated projects linked to “antiracism” advocate Ibram X. Kendi and Meghan Markle were aborted. Left-wing media accused the company of “mocking liberal[s]” with the summertime release of a show called Snowflake Mountain. This was followed by a curious, low-key programming decision: Netflix was furthering their pivot away from woke by purchasing a standup special from controversial comedian Tim Dillon. That feature, A Real Hero, debuted this week.

Dillon is a popular podcaster, touring comic, and uncredentialed chronicler of American culture. Born in Long Island in the mid-1980s, he grew up in what he describes as a dysfunctional family so “white trash” that they dined-in at Pizza Hut for afternoon snacks. Prior to his comedy career transition, Dillon was a guide on New York City tour buses and worked in the mortgage industry around the time of the subprime crisis. The Tim Dillon Show podcast is mainly the comedian humorously commenting on current events and personal adventures. He has repeatedly been heard instructing his producer, Ben Avery, to pull source material from Drudge. Unlike the feted comedians of broadcast television, Dillon does not participate in tribal politics and seems to relish in being an equal opportunity offender. But like many free-speech advocates, he’s a target for bad-faith critics to smear as “right wing.”

Dillon’s persona combines a XXXL-sized physical presence with a dash of Rush Limbaugh-esque bravado and a South Parkian skill for identifying societal absurdities ripe for mockery. When Chicago mayor Lori Lightfoot declared a temporary race-based edict to only conduct interviews with reporters of color, Dillon joked that she was giving white journalists no choice but to “blackface.” He then offered to hire a black intermediary to relay questions if Lightfoot would sit for an interview. He generated headlines after declaring that Australians enjoyed draconian COVID lockdowns because they are “lazy descendants of criminals” who just like to “get hammered in their backyards and put meat on a grill.” After Putin invaded Ukraine, Dillon cut a television commercial that featured harrowing images set to syrupy music. Viewers expecting a charitable call-to-action at the conclusion of the attention-grabbing spot were instead whiplashed by text urging them to purchase tickets for his upcoming Boston show. As these examples illustrate, the Dillon oeuvre offers ample opportunity for “outrage” to anyone looking to be offended. His brand of provocative irreverence isn’t for everyone but it does appeal to many.

After gritting it out on the standup circuit and building up a podcast following, Dillon became a beneficiary of the ultimate cheat-code to boost one’s clout: repeated appearances and mentions on The Joe Rogan Experience. Dillon now enjoys nearly half-a-million followers on YouTube. The hundreds of thousands of views generated there for his weekly episode supplement the non-publicly quantified number who consume his content on Apple or Spotify. He produces an additional weekly podcast on Patreon where 42,765 people currently spend at least $5-per-month to consume. Devoted fans compare his on-screen sermons as akin to attending church. You’d think major streaming platforms would be tripping over themselves to team up with someone with a substantial and committed fanbase, but his path to a big Netflix feature wasn’t easy.

Dillon is considered “controversial” in industry circles because he doesn’t play nice with establishment players and narratives. He has noted that entertainment executives have red-flagged the mere existence of a dated conversation or two with Alex Jones. Dillon playfully dabbles in conspiracies but masterfully debunked QAnon. He ruthlessly mocks Saturday Night Live bits and influential comedians like “coked out of his head” Jimmy Fallon. After receiving a private request for comment on a story from a New York Times journalist, he publicly broadcast his “respectfully, f— off” response on social media. During COVID, he talked to his audience about why he got vaccinated but dared to make jokes about the pandemic atmosphere and asked questions about pharmaceutical company motivations.

Last fall, I attended Dillon’s sold-out show when the “A Real Hero” tour visited Washington, D.C. What I saw then is nearly identical to the material currently available to stream now. The program remains hysterical but felt edgier than it did on replay because in real-time he was a heretic challenging pandemic-era media orthodoxies. For political junkies, the Netflix special serves up a buffet of targets including “woke” fast food companies, Andrew Cuomo’s “genocide of the elderly,” the so-called Don’t Say Gay bill, the “peaceful riots” of 2020, Greta Thunberg, and “that bitch” Hillary Clinton. Dillon muses about cruises being magnets for obese people and contrasts how vaccination statuses were treated differently in California and Texas. He ridicules “heroic” medical professionals who danced on TikTok and details why he is banned from AirBNB. He reserves time to roast Joe Rogan. Throughout the night, both Biden and Trump supporters found common cause in constant laughter.

With the long-running tour headed toward conclusion, Dillon tasked his sidekick Avery with taping live performances in Denver. After doing so, Biden’s America entered a recession and the fate of the production changed for the better. Netflix was able to virtue signal with programming choices during its period of pandemic era prosperity. In these tougher times they need to simply offer content that people want to watch—woke workforce and activists be damned. So they bought the rights to stream Dillon’s show. Since there is more competition than ever for eyeballs, it’s likely that Netflix would even secretly welcome politically correct protestations of A Real Hero. Because controversy captures attention.

Since debuting on Tuesday, the special has appeared in the streamer’s “trending” section alongside Peaky Blinders and The Crown. As of this writing, many have likely been offended while viewing it. But no violence or other societal destruction have been linked to his words. It seems like a wise investment.

Tim Dillon: A Real Hero is airing on Netflix.