Tiger Woods to Meet with Top Players Against LIV Golf

Serena Williams Loses to Raducanu; US Open Next

Instead of rooting for Israel, the large delegation of participants on an NCSY trip sponsored by the inclusive Israel experience Yad B’Yad came clad in blue and orange to cheer on Auburn, the reigning SEC regular-season champions. The Alabama team is in Israel to play three games as part of the inaugural “Birthright for College Basketball Tour.”

“We came to support Auburn for coming to Israel,” Emily Farbowitz of New Jersey told JNS.

Eytan Israel of Stamford, Conn., added that “when we heard Auburn was coming to Israel and that they were the first school to show support for Israel, we wanted to support them and make them feel welcome.” 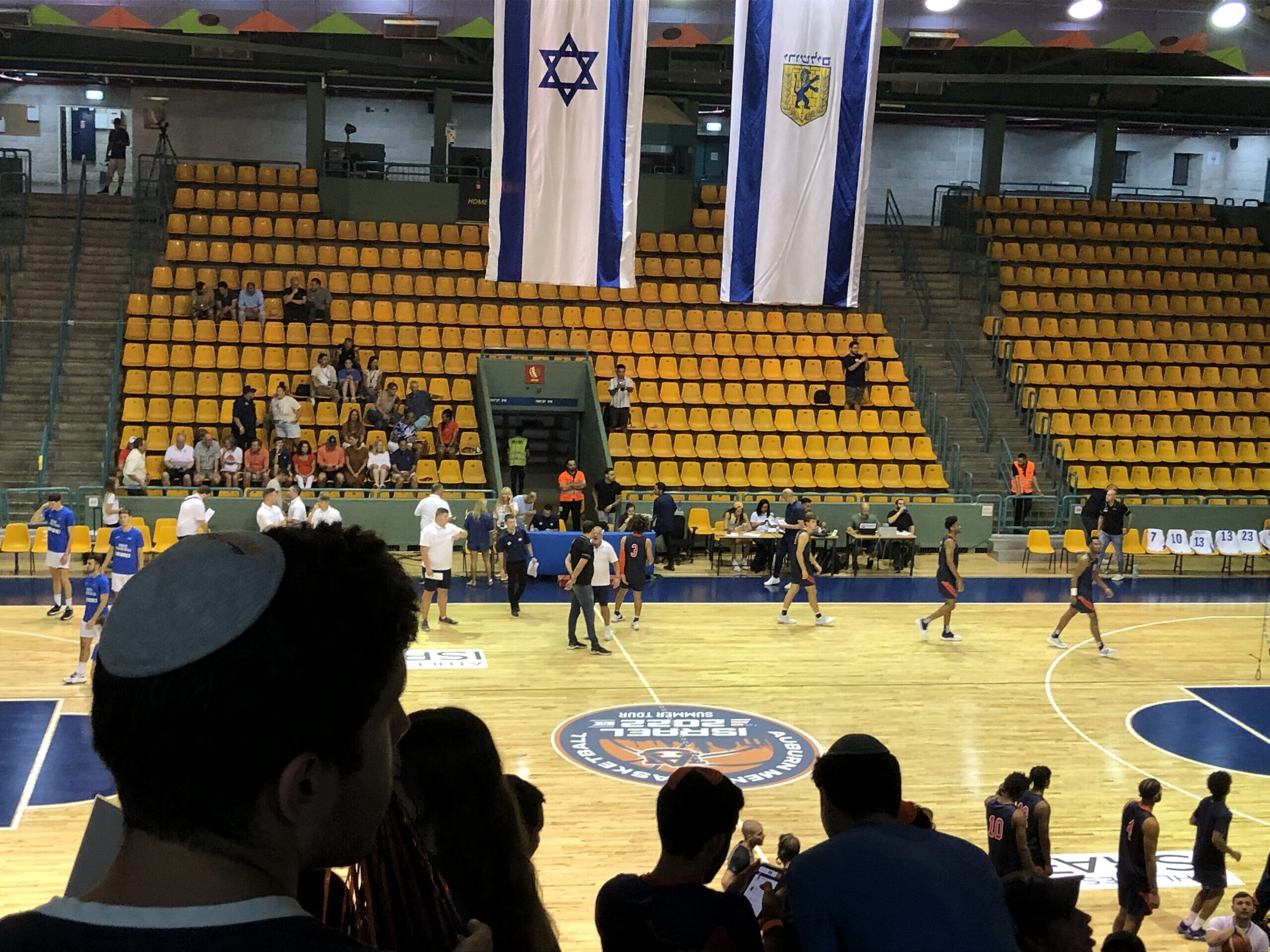 Ironically, Yad B’Yad head counselor Eytan Aryeh happened to pack his blue Auburn sun hat for his Israel trip before learning the team was coming to the Jewish state. “I like Auburn,” he said. “I was a big Cam Newton (NFL quarterback) fan when he attended Auburn, and I happened to bring the hat.”

Aryeh said he felt privileged to bring his entire group to the game, saying “what better activity than to bring our group to a basketball game, and to welcome Auburn and show that we support them. What a kiddush Hashem,” he said, using words meaning “a sanctification of God’s name.”

The well-attended event also included Israeli Jewish and Arab basketball fans. Moad of Ein Naqquba, an Arab village in central Israel, brought his children. “They are rooting for the U.S. team and I am rooting for the local team,” he said. “We came to watch good-quality professional basketball.”

Tigers head coach Bruce Pearl is familiar with Israel and Israeli basketball. In 2009, he served as head coach for the Maccabi USA men’s basketball team, which took the gold medal at the Maccabi Games in Tel Aviv. Pearl is one of five Jewish coaches in history to reach the Final Four in the NCAA Division I College basketball playoffs.

The 62-year-old noted that once every four years, the NCAA allows a college basketball team to have a foreign tour. In 2017, Pearl took his team on a similar trip to Italy in the summer.

Pearl and the Tigers arrived in Israel Sunday for a 10-day visit. “Auburn is going to allow us to go take my kids to Israel and experience something that could be a once-in-a lifetime thing for them,” said Pearl. “I’m just so grateful.”

He said that he sees great potential for U.S. teams holding sports and cultural experiences in Israel. “My hope is to put Israel on the map for U.S. college teams. Auburn is going to get it started, and hopefully, you’re going to see schools like Duke, Notre Dame or Ohio State—the best names in college basketball—come to Israel. This is my goal and dream, and we are going to try and make it a reality.”

He also said that he hopes the trip will influence his players to return home as allies of Israel.

“Our kids also come from a perspective culturally and educationally that they will return to the U.S. as allies and friends of the State of Israel, and certainly for some of my players, the dream would be for them to be able to come back and play professionally in Israel because it is such a great country to play professionally because of the supportive fans,” said their coach. 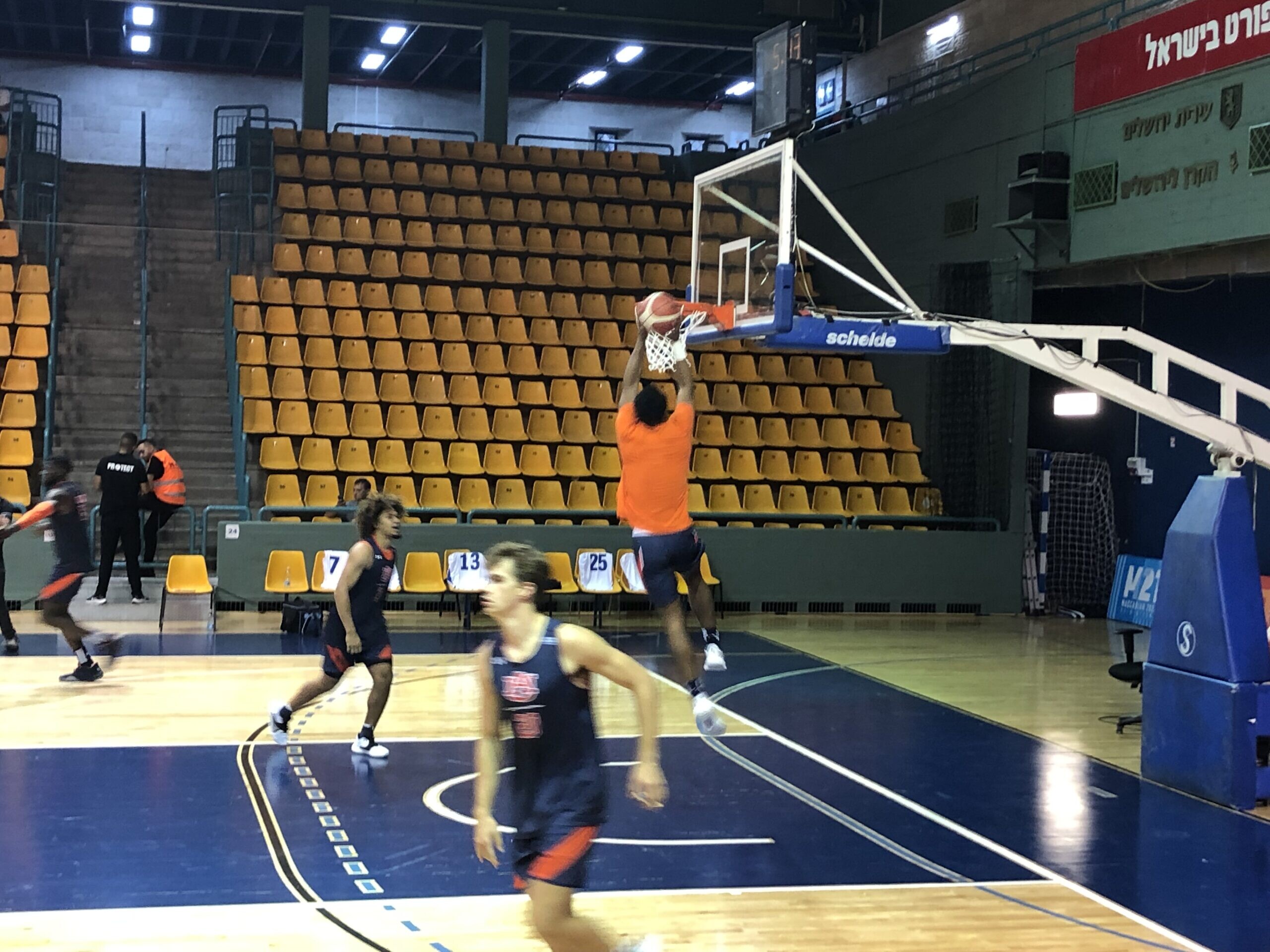 ‘Try to play some competition’

The Tigers will travel to Hadar-Yosef Stadium in North Tel Aviv, part of the sports center of the same name, to play against Israel’s All-Star Select Team on Aug. 7. The team’s final game will take place against Israel’s National Team on Aug. 8 at Tel Aviv Yafo Sport Palaces. Games will feature four quarters, as opposed to two halves, with a 24-second shot clock.

“One of the things our guys are going to find out in a hurry is they love their basketball in Israel and they’re good,” said Pearl. “A lot of times, you go on these summer tours and you do the best you can to try to play some competition, and there just flat-out isn’t any competition over there. We’re going to get all we want.”

All games are televised live from Israel by the SEC Network at 12 p.m. U.S. Central Standard Time. “We couldn’t be more honored to be able to go with Auburn and Bruce Pearl and his staff for this once-in-a-lifetime trip,” said ESPN college basketball analyst Jay Bilas. “We’re thrilled beyond words.”

Bilas will call Auburn’s games on SEC Network alongside Roxy Bernstein, an American sportscaster for ESPN, the Pac-12 Network and the Oakland Athletics.

In Tuesday night’s game, Auburn never lost the lead. They led at the half 57-22 and went on to blow out the home team 117-56. Players and coaches seem more concerned with good feelings and the symbolism of the trip than the final outcome. Players huddled, embraced, posed for group pictures and then went to greet fans, pose for selfies and sign autographs. Pearl received a big welcome and put on a white yarmulke as the crowd chanted his Hebrew name, Mordechai.

“We’re going to share this trip together—see things for the first time that we’re never ever going to forget,” he said. “That’s what makes it so special, and that’s what will give us a chance to be able to come together and get to know each other better.”

“The greatest way to understand Israel and the amazing place it has become,” he affirmed, “is to see it for yourself.” 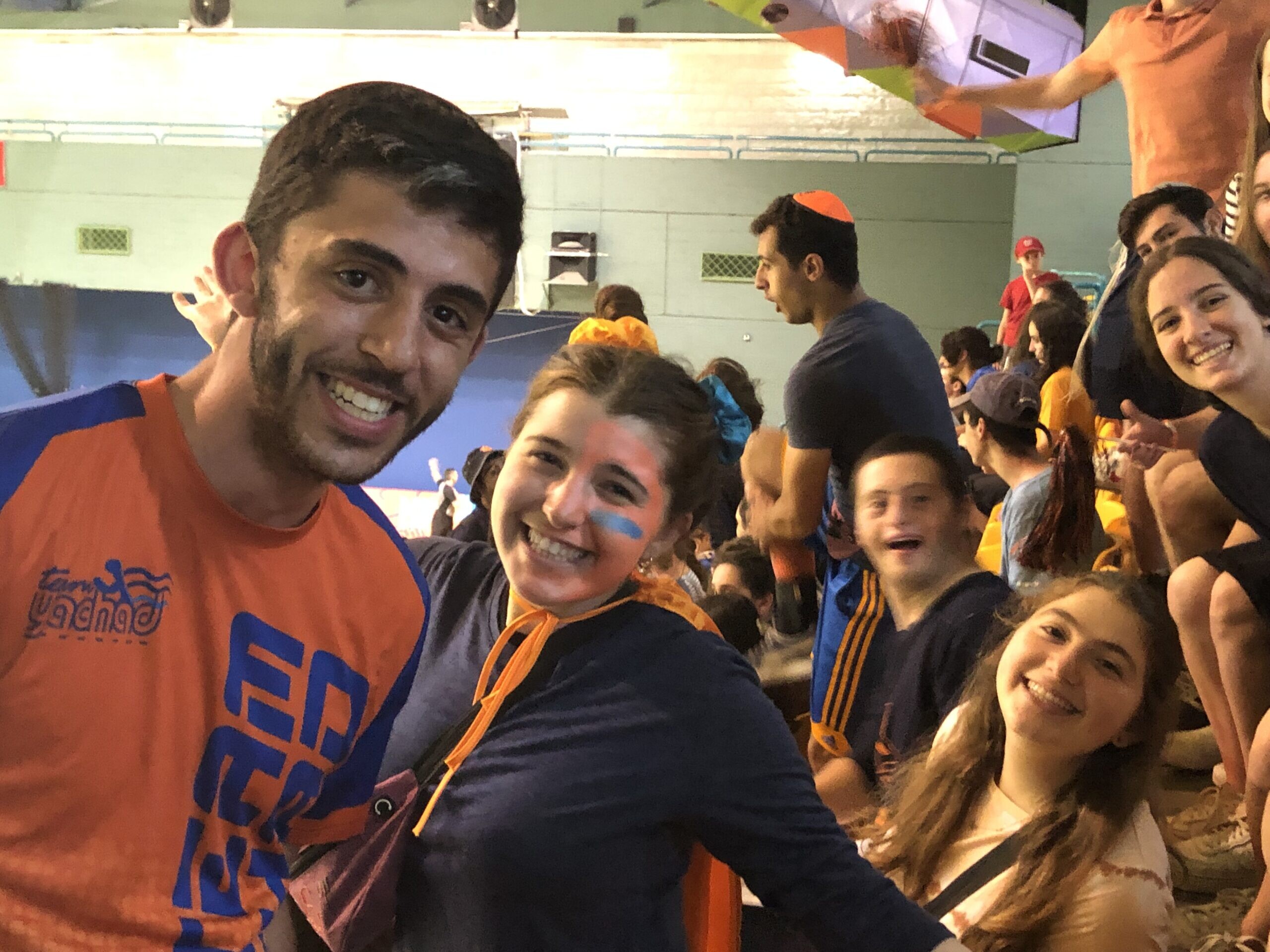 “We came to support Auburn for coming to Israel,” said Emily Farbowitz of New Jersey. Photo by Howard Blas.