More Palestinians died in the recent conflict between Israel and Gaza by botched rocket launches by Gaza terrorists than from Israel Air Force strikes, the army said on Monday.

Operation Breaking Dawn, which lasted just shy of three days, saw 35 Palestinians killed. Of those, 26 were uninvolved Palestinian civilians and the rest were terrorists from the Palestinian Islamic Jihad (PIJ). Eleven of the 26 innocents were killed during Israeli airstrikes and included the wives of senior PIJ commanders, Commander of the IDF Spokesperson’s Unit Brig.-Gen. Ran Kochav told reporters.

The other 15 were killed by rockets launched by PIJ that either misfired or fell short of their target and landed within Gaza.

He added the army would launch a probe into the eleven civilian deaths.

No damage was done to Gaza’s civilian infrastructure, Kochav said. 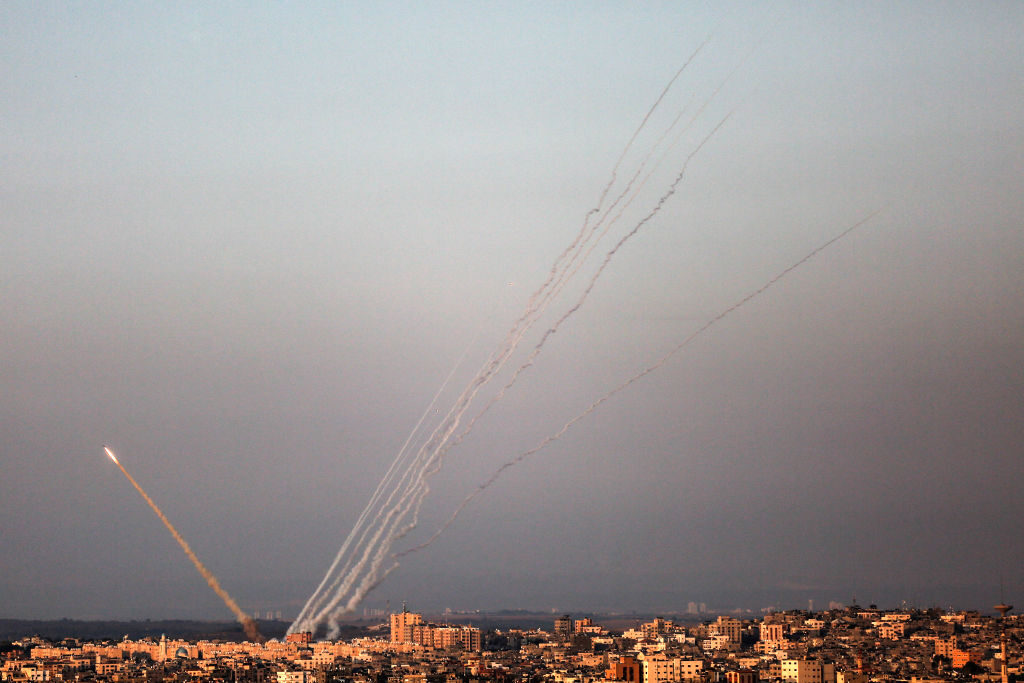 Rockets are launched from Gaza towards Israel, on 07 August 2022. (Sameh Rahmi/NurPhoto via Getty)

PIJ, which is funded by Iran, fired 1100 rockets into Israel over a 66-hour period. Two hundred of them landed in Gaza, killing children. The Iron Dome missile defense system intercepted 380. Israel sustained some damage to private houses in the communities surrounding the border with Gaza, but there were no casualties.

Egypt mediated a ceasefire which came into effect at 11:30 p.m. on Sunday. Eight minutes later, PIJ broke the ceasefire by firing a barrage of rockets into Israel which were intercepted by the Iron Dome.

Israeli Prime Minister Yair Lapid said on Sunday night that Israel had “achieved its goals” in the operation. The IDF killed several high-ranking PIJ commanders and destroyed at least three weapons warehouses in the Strip.

Lapid has previously said that the military campaign was launched over a “concrete threat” of a terror attack by PIJ.