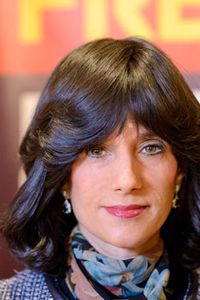 As reported by the NY Post, Freier, a civil-court judge in Brooklyn, may secure a nomination for one of 10 vacant supreme-court seats available.

In November 2016, Freier made history, becoming the first Hasid to win any judgeship in New York– and probably throughout the United States.  She won the seat in the November general election for the 5th judicial district of NY.  In the upcoming general election, in November, she may have her name on the ballot for a seat in Kings County supreme court.  She will find out this week, if she secures a Democratic nomination.  If she is nominated, she has a very strong chance of winning in the election, due to Brooklyn’s strong leaning to the left.  “I feel that, thank God, I have the experience that the judicial screening committee was looking for,’’ the judge recently told The Post of her current bid.

Freier, 57, is the mother of six children, a paramedic and executive director of Ezras Nashim Volunteer Ambulance Service. Even before becoming the first Hasidic woman to hold public office in the country, she had gained national acclaim breaking down barriers to found the all-women’s ambulance corps in 2014. A documentary, entitled “93Queen,” (named after the radio code given to the group by the FDNY) spotlights Ezras Nashim’s triumph over local biases and adversity from its male-only counterpart, Hatzolah.

“The concept of modesty is a primary aspect of our life,” Freier told The Post at the time. “We take pride in [it], from how we cover our hair to how we interact with men. Women were put into situations where they had to expose their bodies to men who weren’t their husbands.”  She said it was important to have female EMTs so as to spare modest women from having to be seen by men during their emergencies and intimate moments.

Freier, who grew up in a Hasidic home in Borough Park, was married at the age of 19.  Just going to law school held many barriers for her.  She enrolled in college at the age of 30, when she already had a house full of kids.  She achieved her law degree from Brooklyn Law School in 2005.  She says her experience juggling a household helps give her expertise in domestic cases.  “The matrimonial cases, the divorce cases, the ones that affect families — those are all in the [state] supreme Court,” she said. “I think I bring a very unique perspective, a unique mindset,” she told the Post.

As per the Post, on Tuesday, Brooklyn district leaders will pick 10 nominees out of a pool of 25, as well as two incumbents who will run again for their judgeships.  On Thursday, judicial delegates will finalize the selections, so the names will be on the November ballot.