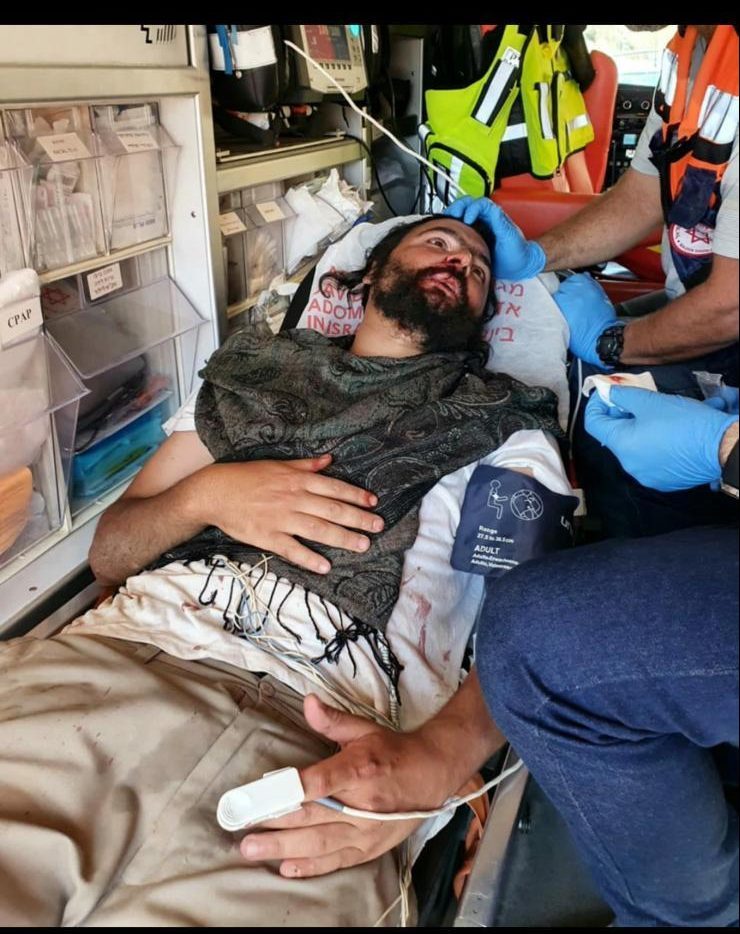 The I.D.U. – Israel Dog Unit, the lead Search and Rescue outfit in Israel, has been enlisted repeatedly over recent days by the IDF and local security forces to aid in the battle against Arab terror.

On Friday, July 29th. Elchanan Wolf described to Mako News in Israel how he was stoned by Arab rioters who seized control of the strategic Alon Highway near Kohav Hashachar. Wolf expressed his anger and disappointment with the IDF soldiers who stood by Idly refusing to aid Wolf and the other Jews attempting to travel on the road,

(see the article and video of the IDF jeep with 4 armed soldiers standing idly by as the mob of Arabs who controlled the road, attacked the Jewish vehicles):

IDU dog handlers, together with local Jewish residents from nearby Jewish towns responded and helped disperse the dangerous Arab riot until the IDF joined in. After the skirmish between the Jewish defenders and Arab terrorists intensified, the IDF was forced to open fire, killing one of the Arab attackers.

The IDU offered aid to a Jewish farmer who was attacked by an Arab mob that emerged from Friday prayers at a nearby mosque. In another incident, near Alei Zahav, dozens of Arabs tried to lynch Tom, a Jewish farmer, injuring him and brutally killing his dog. Tom requested aid from the IDU in terms of providing a fierce attack dog to help defend him.

See attached pics of the injured Tom and of the dog that was killed.

The IDF calls in IDU to fly drones in search of Arab terrorists near Tapuach Junction. Last week, Sunday, July 24th, an Arab terrorist was neutralized and arrested after he allegedly plotted to stab Jews at the Tapuach Junction in Samaria. The IDF called upon the IDU to raise drones in the air to detect possible Arab accomplices to the crime, and those suspected of fleeing from the scene.

Earlier this week, on July 31, Lod police enlisted drones, tracking dogs from the IDU with volunteer handlers & “pilots” from the unit as they feverishly tracked down an Arab fugitive who escaped police custody near the Jerusalem-Tel Aviv Highway. He evaded police after jumping off of a bridge into a thick brush below.

Ironically, the IDU, despite the daily assistance that it provides to the IDF and other local security and law enforcement agencies is a privately sponsored, not-for-profit association which receives no government funding. Yekutiel (Mike) Ben-Yaakov commander of the civilian unit, sent a letter requesting urgently needed funds from families of missing people and others saved by the IDU.

According to Ben-Yaakov, the organization which has some 400 volunteers nationwide, has only 4 people on salary, and no upscale back-office or professional fundraisers. No percentages are skimmed off the top and there are close to zero administrative costs.  The funds go straight to feed the dogs and volunteers as well as to transport them to emergencies.

Judging from the recent intensification of terror attacks and missing people that the IDU has been called in to rescue, those expenses can easily reach 80,000 shekels per month, with dozens of volunteers, dogs, and vehicles along with a full-time base that houses the heroic dogs and volunteers who are on call 365 days a year, including Shabbat and holidays, to save the lives of Jews who are in danger.

Contributions to sponsor the life-saving efforts of the IDU Israel Dog Unit can be made by visiting the IDU website www.israeldogunit.com