Ford Foundation Has Spent over $100 Million in Support of Amnesty, Mass Migration - The Jewish Voice

Ford Foundation Has Spent over $100 Million in Support of Amnesty, Mass Migration 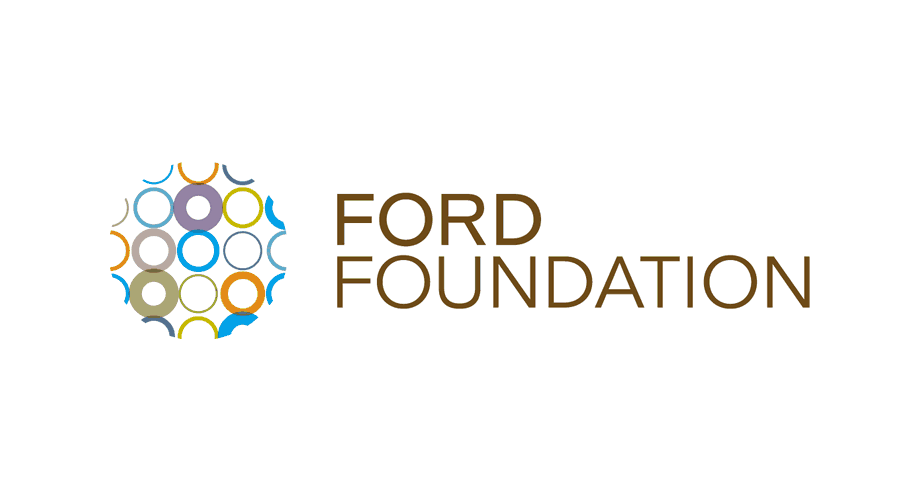 The Ford Foundation (FF) has poured over $100 million into a variety of organizations that advocate for mass immigration, amnesty, and a weaker border.

The Foundation has provided immense financial backing for what it calls a “well-coordinated, innovative, and fearless immigrant rights movement.”

They boast that “This movement has secured policies that limit local law enforcement collaboration with federal immigration authorities in more than 600 cities and counties.” The FF partners with regional, state, and local advocacy groups to oppose “the use of criminal justice measures for immigration purposes.”

The FF claims that it supports immigration because it “enriches and deepens America’s democracy by making it more culturally, socially, and politically diverse,” but it is apparent that the foundation hopes to politically mobilize immigrant populations. “We will support immigrant communities and their allies to influence government,” the foundation’s website reads.

In order to both weaken America’s immigration laws and to politically mobilize immigrant populations, the Ford Foundation has given at least $114 million to a variety of nonprofits, activist networks, and other organizations since 2008.

One such network is the Detention Watch Network (DWN), which endeavors to “abolish immigration detention in the United States,” according to a document from the Ford Foundation.

“The network has taken part in the #DefundHate campaign to stop federal funding of aggressive immigration enforcement,” the document also notes.

The FF has given over $3.5 million to the DWN in 2020 and 2021 combined. Both of these two donations were specifically given to assist the organization in their attempt to “abolish immigration detention in the United States.”

Additionally, the FF has given two separate donations to the Tides Center, which were earmarked for the DWN. The donations, given in 2017 and 2018, total $850K. One donation of $450K was intended as “Core support for Detention Watch Network to remove immigration detention as one of the drivers of mass deportation in the US.”

The organization demands that all illegal immigrants currently in America receive amnesty. They also demand that Immigration and Customs Enforcement, police, and border patrol all get defunded.

The radical organization even wants illegal immigrants who have previously been deported to be able to return to America and for all detention facilities to be closed. 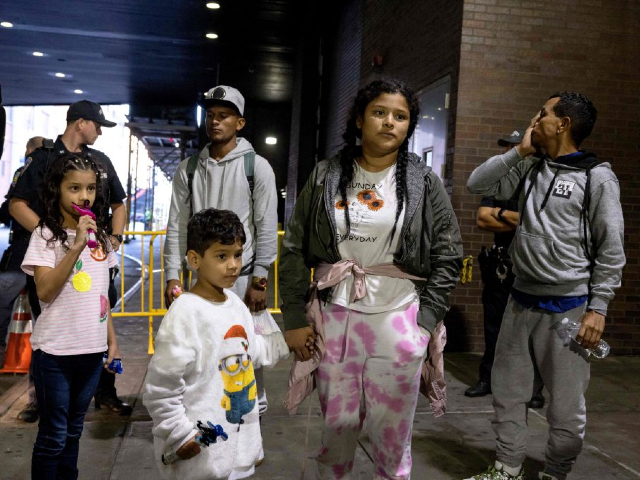 A group of migrants, who boarded a bus in Texas, arrive at Port Authority Bus Terminal in New York City on August 25, 2022. – Since April, Texas Governor Greg Abbott has ordered buses to carry thousands of migrants from Texas to Washington, DC, and New York City in criticism of US President Joe Biden’s border policy. (Photo by Yuki IWAMURA / AFP)

The organization’s website explains that they engage in community organizing. “We challenge ourselves and others to understand the current systems, structures, and institutions that oppress our communities,” it reads, continuing to note “We work to raise political consciousness of our people.”

The NILC created a document called the “Strategic Framework for Transformational Change” which lays out the organization’s approach. The organization hopes to “consolidate immigrant power” and “forge consensus for culture change.”

The NILC also hopes to get “candidates in key electoral races to center immigrants in their platforms and communications.”

America’s Voice Education Fund, yet another organization that advocates for amnesty, has also received funding from the Ford Foundation. The FF gave over $6.7 million to the organization between 2009 and 2022.

America’s Voice Education Fund says that its priority goal is to “win reforms that put 11 million undocumented Americans on a path to full citizenship.” In reality, some studies have projected that there are far more than 11 million illegal immigrants currently in the United States. A Yale study from 2018 found that there may have been more than 22 million illegal immigrants in the country at the time.

The Ford Foundation also gave $4.8 million to an organization called Make the Road New York between 2013 and 2022. The organization has also received contributions from George Soros’ Open Society Foundation.

The organization explicitly serves as an interest group for illegal immigrants. The grant was described as “Core support for the Fund Excluded Workers campaign to build immigrant power through the protection and expansion of benefits for undocumented families.”

The organization created a “Deportation Defense Manual,” which provided an action plan for those who want to learn “how to organize a campaign, fundraise, and how to become involved” in order to prevent the deportation of illegal immigrants.

The FF has also given an immense sum of money to an organization called NEO Philanthropy Inc. The Ford Foundation gave NEO Philanthropy $45 million between 2008 and 2022 just for immigration-related causes. The organization has also received funding from George Soros’ Open Society Foundation, though many of these grants were unrelated to immigration.

Through the fund, NEO Philanthropy seeks to leverage immigrant populations for political gain. A description reads that FFF has “demonstrated that immigrant communities are a powerful political force that cannot be ignored.”

A document from 2021 explains that the Four Freedoms Fund gives grants to various state-based organizations, including to organizations in Tennessee, Arizona, Texas, Colorado, and various others.

The document explains that in Colorado, for example, the Four Freedoms Fund mobilized after what they called a surge of “anti-immigrant legislation.” The guide cites laws that provoked responses from the FFF, including one that prohibited illegal immigrants from receiving public benefits. 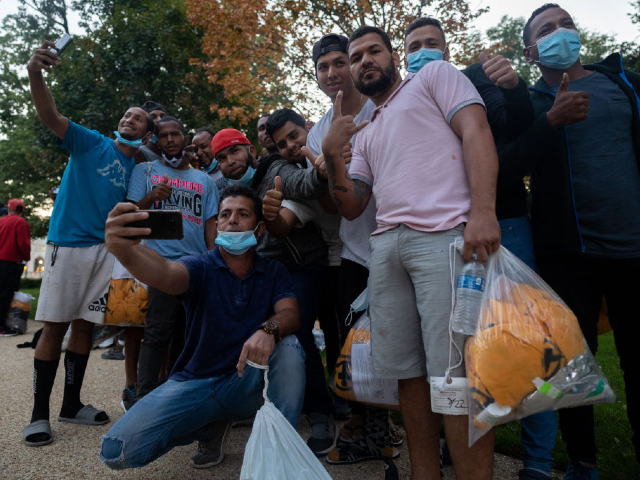 Washington, USA- August 26th: Immigrants celebrate after arriving in Washington, DC on the morning of August 26th, 2022 after being bussed across the country from Texas, at the order of Texas Governor Greg Abbott. (Photo by Nathan Posner/Anadolu Agency via Getty Images)

The Ford Foundation has given $2.8 million to the Heartland Alliance for Human Needs and Human Rights between 2009 and 2022. George Soros’ Open Society Foundation gave the organization $200,000 in 2019. The organization’s National Immigrant Justice Center offers legal resources to immigrants facing deportation.

The organization demands that America “decriminalize immigration.” The website explains that it is a “federal crime to enter or reenter the United States after a deportation or removal order without proper authorization.” The organization calls this law “harmful, costly, and discriminatory.”

Organization’s like FAIR have endured attacks from leftist activist organizations like the Southern Poverty Law Center and Media Matters, who refer to the organization as a “hate group.” Media Matters has also received nearly $3 million dollars from the Ford Foundation.

Though the Ford Foundation was started by Henry Ford and his son, the foundation has no current connection with the Ford Automobile Company.

Spencer Lindquist is a reporter for Breitbart News. Follow him on Twitter @SpencerLndqst and reach out at slindquist@breitbart.com.