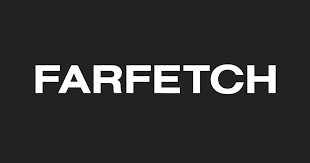 In a long-awaited consolidation in the luxury e-commerce world, on Wednesday it was announced that Farfetch has agreed to buy a significant stake in its rival, Yoox Net-a-Porter, as was reported by the New York Times.

The current owner of  Yoox Net-a-Porter is Richemont, a Swiss luxury conglomerate, and this deal could assist them in advancing their objective of creating a single platform for high-end brands which includes such Richemont holdings like Cartier and Van Cleef & Arpels — to sell their products online, as was reported by the Times.

Because some view Amazon as a threat, in order to counter it, this kind of consolidation has taken on a new importance for the luxury product industry, the report indicated.

Founded in 2007, Farfetch operates as a e-commerce technology provider and as a retail outlet, the NYT report. Backing Farfetch are the Pinault family and Alibaba, an online giant based in China. They own the luxury giant Kering, home to Gucci, Balenciaga and other brands, the report indicated.

In 2020, Richemont bought a stake in Farfetch which some industry experts speculated was a possible beginning of a unification of Farfetch and Yoox Net-a-Porter, the Times reported.  This past November, Richemont announced that it was in advanced stage talks to sell Yoox Net-a-Porter to Farfetch.

In a joint press release that appeared on Wednesday on the businesswire.com web site Richemont, Farfetch and Symphony Global said that their announcement was “a landmark transaction towards the digitalization of the luxury industry, with the acquisition by Farfetch and Alabbar of a 47.5% and 3.2% stake respectively in Yoox Net-a-Porter. The agreement for Richemont and YNAP each to adopt Farfetch Platform Solutions represents a significant step in achieving Richemont’s vision of making YNAP a neutral industry-wide platform.”

Wednesday’s announcement highlights that the Farfetch platform is well-positioned to deliver end-to-end capabilities for the luxury industry and envisions further collaboration on innovative technology solutions to be made available to luxury brands and retailers to meet the increasing omnichannel demands of the luxury customer, according to the press release.

YNAP enjoys an established reputation as an authoritative voice in the luxury space, with strong brand relationships, distinctive curation and editorial expertise, excellent customer service and a highly valuable base of over 4 million high spending customers globally.

YNAP operations will leverage FARFETCH’s sophisticated technology. This technology will significantly advance the roll-out of YNAP’s marketplace offering, as FARFETCH’s platform is already connected with the inventory of many of YNAP’s luxury brand partners. It will also enable YNAP’s shift towards a hybrid business model which will be more asset-light, complementing YNAP’s first-party curated inventory ownership with a third-party e-concession/marketplace offer. This shift is expected to improve YNAP’s financial performance while customers, in turn, will enjoy an enriched shopping experience.

As a result of Farfetch and Alabbar’s initial acquisition of shares in YNAP, YNAP will become a neutral distribution platform, not controlled by any one shareholder, the company statement continued.

Johann Rupert, Richemont’s chairman, said in a statement that the deal announced on Wednesday is a step toward, “building an independent, neutral online platform for the luxury industry that would be highly attractive to both luxury brands and their discerning clientele.”

Shares in Richemont and Farfetch rose after the announcement, according to the Times.

Richemont has faced pressure from activist investors who have called on the company to shed Yoox Net-a-Porter and focus on core brands like Cartier, the report indicated.

Richemont said that they have chosen Farfetch as its partner to advance the LNR vision of its Maisons.

Through this partnership, Richemont Maisons’ wealth of experience in luxury retail, through over 1,250 internal stores worldwide, and in offering luxury experiences to their highly sophisticated clientele globally will combine with Farfetch’s extensive luxury focused technology capabilities and skills.

This approach will allow Richemont Maisons to advance the development of innovative omnichannel services and technology solutions in the most financially efficient way and will further enhance the Farfetch’s Platform Solutions offering for the benefit of luxury brands and consumers.