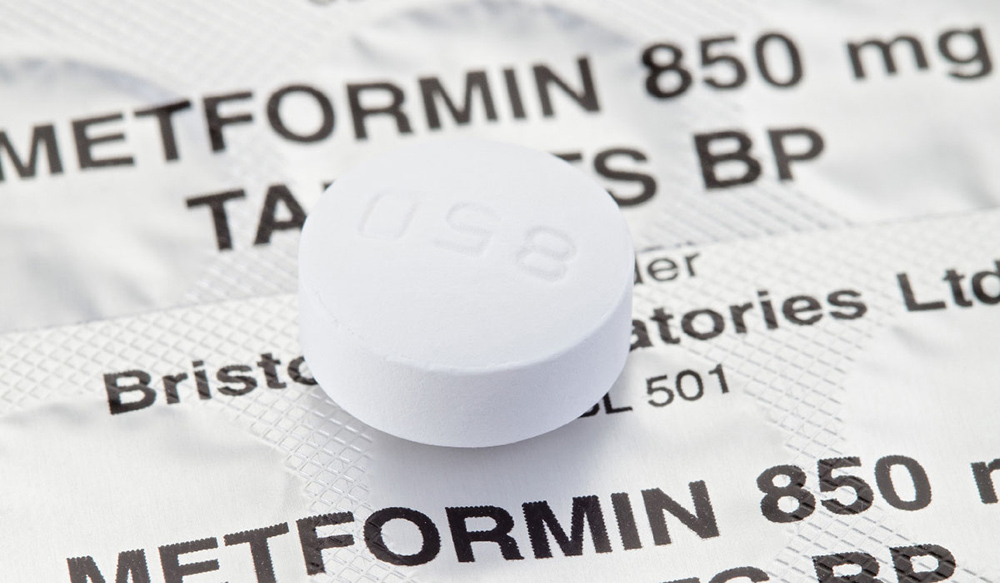 Nutrition Labels to Move to Front of Packaging Under Biden Plan

High-Intensity Resistance Training is Good for Your Brain

‘Highly Profitable’: Pediatric Gender Clinics Are Opening All Across The Country

“We saw this improvement as early as week six in the study,” she said. “Week 14 was the study endpoint, and patients remained significantly improved or in remission. And then we went on to follow them up to 26 weeks and these patients remained well.”

Calkin noted that some patients who started off in the trial are still in remission, six or seven years later.

Metformin helps treat type 2 diabetes by reducing production of glucose by the liver and increasing the body’s sensitivity to insulin.

Studies have shown that more than 50% of people with bipolar disorder also have insulin resistance, said Dr. Claudia Baldassano, director of the Bipolar Outpatient Resident Teaching Clinic and the Mood Disorder Comprehensive Consultation Service at the University of Pennsylvania Perelman School of Medicine.

The potential link between insulin resistance and bipolar disorder is causing a “paradigm shift in psychiatry,” Calkin said.

“We need to start thinking more about underlying mechanisms and not be treating patients simply from the neck up,” she said. “We have to look at the whole patient and what’s going on besides their psychiatric illness, because all of these things appear to be connected.”

The key is not that metformin is an antidepressant, “because I don’t believe it is,” Calkin said. “The key is reversing this underlying aberrant mechanism, reversing the insulin resistance.”

For the clinical trial, Calkin and her colleagues randomly assigned 20 patients to take metformin for half a year, and 25 to take a placebo. Both groups of patients had both bipolar disorder and insulin resistance.

“These patients on average had been sick for 25 years without a remission,” Calkin said. “Over 55% had failed all four drug classes that we use in terms of mood stabilizers — lithium, anti-epileptic drugs, antipsychotics and antidepressants. And over 90% had failed three out of four of those drug classes. So this was really, really a very, very sick population.”

Half of the metformin patients responded to the drug, and no longer were insulin resistant by 14 weeks, the study found.

“When we looked at the side effect profile with metformin, there is no difference from patients who are on placebo,” Calkin said. “We’ve had this drug for 50 years. It’s a very, very benign, cheap, safe drug.”

“My hypothesis was that this barrier that normally protects the brain, it became leaky when people were insulin resistant,” Calkin said. “Then inflammatory molecules could get into the brain where they otherwise wouldn’t have been able to, and that this would affect a brain disorder like bipolar disorder.”

Disruption of the blood-brain barrier caused by insulin resistance also might hamper the effectiveness of medications that directly treat bipolar disorder, Baldassano said.

The good news is that psychiatrists are becoming increasingly comfortable prescribing metformin to treat weight gain associated with mood-stabilizing drugs, she said.

“If you can prescribe a medication that can help a bipolar patient with two things — something that could prevent them from developing type 2 diabetes and help reduce their depressive symptoms — I think that is something psychiatrists will definitely use,” Baldassano said.

Insulin resistance will be the key to determining who might be helped by metformin, Calkin said, and that’s not just people who are carrying excess weight.

“Obesity tends to lead to insulin resistance, but I have as well slim triathletes in my practice who are also insulin-resistant,” Calkin said. “So I think there’s a genetic component there as well.”

For metformin to be widely adopted, however, there needs to be a large-scale trial definitively proving its benefit, Baldassano said.

“The results were impressive, but it does need to be replicated in a larger-scale study,” she said.

The findings were recently published in the Journal of Clinical Psychiatry.