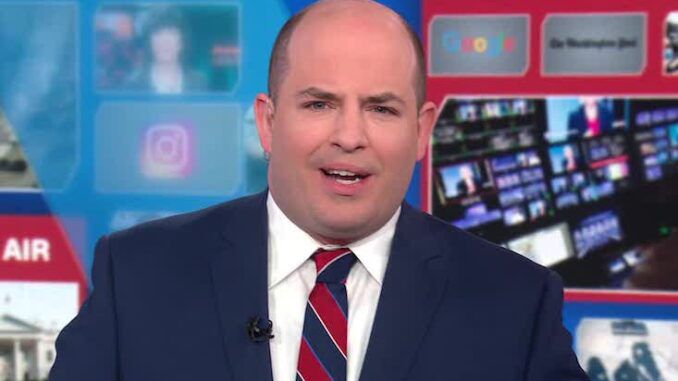 After disasterous ratings for several years, CNN is making changes.

After the abrupt resignation of CNN president Jeff Zucker in February 2022, Jeffrey  Licht was named his successor on February 26, 2022.

With new leadership, the CNN+ streaming debacle was quickly removed from the Warner Brothers Discovery platform and shut down after a few months of service. The CNN+ stream gained very few subscribers and next to nobody was viewing the service which was conceived with a $100 million budget under the previous regime.

Conservative outlets have been reporting on major changes coming  to CNN, after the merger, new President, and evaporating ratings.

Weekend host, Brian Stelter, who’s ratings have collapsed over the last year is leaving CNN after Reliabe Sources got cancelled after airing since 1993.

Stelter, the wildly unpopular leftist host, has been at the helm since 2013. Stelter’s broadcast became an anti-Trump frenzy for several years, and in the post Trump White House landscape Stelter lost hundreds upon thousands of devoted anti-Trump cultists, who once watched his Sunday morning hate fest.

One must wonder, who will be cancelled next from CNN? My money is on Don Lemon.