Alex Jones and the Right to Offend - The Jewish Voice 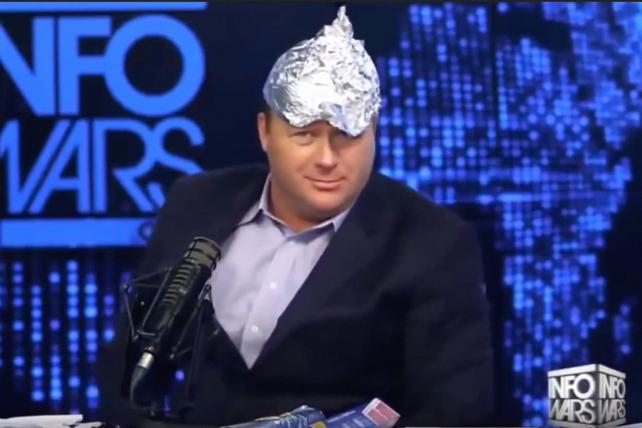 Will Rashida Tlaib Get Away with her Anti-Semitic Comments?

Obama & Biden Aided the Real War on Women in Iran. Can the US Change Course?

On Dec. 14, 2012, a mass shooting at Sandy Hook Elementary School in Newtown, Connecticut resulted in the deaths of 20 children and six staffers.  Alex Jones, a controversial far-right talk show host, called the Sandy Hook massacre a U.S. government hoax, staged using crisis actors, to serve as a pretext for gun control.  Parents of one of the slain children filed a defamation suit against Jones, claiming that followers of Jones had harassed them and sent them death threats for years in the false belief that they were lying about their son’s death.

Jones’s defense was his right to free speech and that he was not responsible for the harassment.  He lost.  The jury awarded the parents $45.2 million in punitive damages on top of $4.1 million in compensatory damages — another example of outrageous damage verdicts that plague the legal system.

The opinion of this writer is that the verdict was wrong and that Jones’s statements do not satisfy the legal requirements for defamation, which must involve damage to the reputation of the plaintiff.  How did Jones’s statement damage the parents’ reputations?  Jones said that the government, not the parents, was responsible for what he deemed to be a hoax.  If third parties threatened the parents, that is not Jones’s doing.  The parents should sue the people who threatened them.

Jones’s contention that the massacre never took place was false, but it also was an opinion that is protected free speech.  If the parents were offended by what Jones said, that does not constitute damage either to their person or their reputation.  Jones himself explained it: “if questioning public events and free speech is banned because it might hurt somebody’s feelings, we are not in America anymore.  They can change the channel. They can come out and say I’m wrong.  They have free speech.”

Our colleges and universities have fallen victim to this new “right.”  The feelings of students often constitute sufficient justification for campus censorship.  If a conservative speaker offends some of the students, that speaker can be denied a platform.  “The belief that free speech rights don’t include the right to speak offensively is now firmly entrenched on campuses and enforced by repressive speech or harassment codes,” wrote attorney Wendy Kaminer in The Atlantic.

The problem is spreading to the mainstream.  In the 2010 case of Nurre v. Whitehead, the U.S. Supreme Court upheld lower court rulings that school authorities can deny students’ rights to free speech just to keep other students from being offended.  The courts are “allowing schools the discretion to let an offended minority control a cowed majority,” constitutional attorney John W. Whitehead wrote in the Huffington Post.  “There is no way to completely avoid giving offense,” he said.  “At some time or other, someone is going to take offense at something someone else says or does.  It’s inevitable.”

In a democratic republic, there can be no right not to be offended.