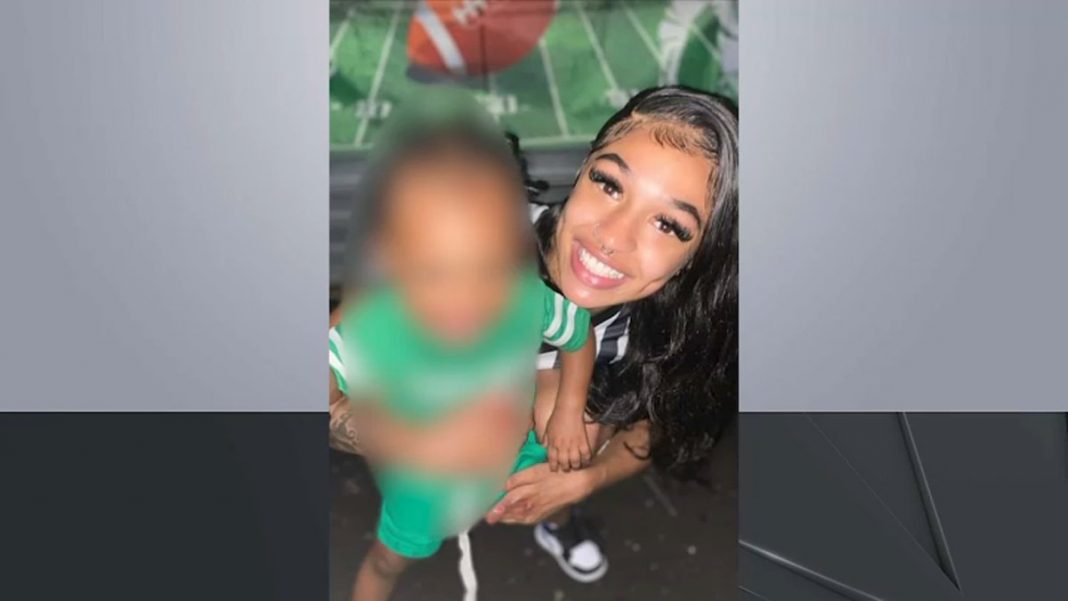 The man accused of killing his ex-girlfriend as she pushed their baby in a stroller in New York City was sent to jail without bail, with prosecutors calling the crime a “premeditated execution.”

As reported by the NY Post, on Saturday night, Isaac Argro, 22, was arraigned in Manhattan Criminal Court on charges of second-degree murder and second-degree weapons possession.   Last Wednesday, victim Azsia Johnson, 20, was shot and killed at point-blank range on the Upper East side, near Lexington Avenue and East 95th Street, as she pushed her baby in a stroller to meet with Argro.  She and Argro had broken up, following months of alleged abuse and threats on his part, but he had recently been trying to get back together with her, police and family members said. The couple’s 3-month-old baby was not hurt.  The new mother was a health care worker, and her devastated mother and sisters were present at the arraignment on Saturday night.

The gunman, dressed in a black hoodie had fled up East 95th street on foot, as per the police. Manhattan Assistant District Attorney Brittany DeCesare told Judge Eric Schumacher that it was Argro allegedly dressed in black with a ski mask who had shot his girlfriend.  “This case can only be described as a premeditated execution. The defendant persuaded the victim to meet after work and under the guise that he wanted to give the deceased items for their 3-month-old daughter,” DeCesare said, as the victim’s mother, Lisa DeSort, began to cry uncontrollably.

“The defendant shot the mother of his child at point-blank range in the head, keeping his crying 3-month-old [daughter] in the stroller as he ran away,” the prosecutor said. After committing the murder, Argro allegedly called Johnson’s family asking where the child was and threatening that another unidentified person was “next,” officials charged.  “With respect to bail your honor, the people are requesting that the defendant be remanded,” DeCesare asked the judge.

Judge Schumacher agreed to send Argro to jail without bail, but before being sent off, the suspected killer asked that the court grant him protective custody and medical attention.  He is slated to return to court on July 7, and if convicted he faces 25 years to life in prison.  The 3-month-old baby girl and Johnson’s other young child are being cared for by Johnson’s family members.

“I thought that I could be stronger than what I was but I did have a little moment of a breakdown because it’s the first time I actually heard what really happened in chronological order,” Lisa DeSort told The Post after court.  “To be honest, I wanted to jump up and scream out, ‘coward,’” she explained. “‘You’re not a man, you’re a monster.” That’s what I wanted to scream out.”

DeSort thanked the NYPD and Mayor Eric Adams for the city’s quick response in apprehending and arresting Argro at his Brooklyn apartment building two days after the killing. She, however, also expressed dismay with how her daughter’s complaints of abuse had been handled. “I’m very disappointed in the borough of Queens. When my daughter did reach out, she was abused and she was assaulted, which was documented. She reached out and I reached out numerous times with threats and stalking … we were kind of shoved off and pushed off.,” DeSort said.