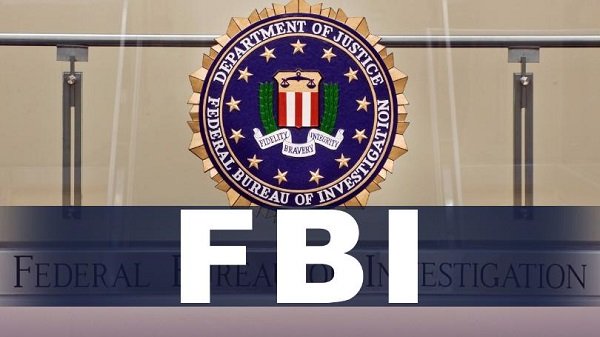 FBI whistleblowers charge the bureau closed an investigation of the information on Hunter Biden’s abandoned laptop and leaked to media the false claim that the evidence the hard drive contained of an international influence-peddling scheme in which Joe Biden profited was part of a Russian disinformation campaign, according to Sen. Charles Grassley, R-Iowa.

Grassley, in a letter Monday to Attorney General Merrick Garland and FBI Director Christopher Wray, said the whistleblowers brought him evidence of political corruption at high levels in the FBI.

“If these allegations are true and accurate, the Justice Department and FBI are – and have been – institutionally corrupted to their very core to the point in which the United States Congress and the American people will have no confidence in the equal application of the law,” Grassley wrote.

The senator said the whistleblowers allege “the FBI developed information in 2020 about Hunter Biden’s criminal financial and related activity.”

“Based on allegations, verified and verifiable derogatory information on Hunter Biden was falsely labeled as disinformation,” the senator said.

Shortly before the November 2020 presidential election, 51 former national security officials signed a letter stating, without evidence, the contents of the Hunter Biden laptop had the hallmarks of a “Russian influence” operation. In March 2022, the New York Times belatedly acknowledged the reported contents of the laptop are authentic.

Significantly, Grassley continued, whistleblowers alleged Auten’s assessment was opened in the same month, August 2020, that Grassley and Sen. Ron Johnson, R-Wis., received “an unsolicited and unnecessary briefing” from the FBI that purportedly related to the senators’ Biden investigation.

The contents of the briefing, the senator said, were later leaked to media to “paint the investigation in a false light.”

Grassley noted that on July 13, 2020, then-Minority Leader
Chuck Schumer, Sen. Mark Warner, D-Va., House Speaker Nancy Pelosi, D-Calif., and Rep. Adam Schiff, D-Calif., “sent a letter, with a classified attachment, to the FBI to express a purported belief that Congress was the subject of a foreign disinformation campaign.”

Grassley concluded his letter to Garland and Ray with a call for a probe of “systemic and existential problems” in both the DOJ and the FBI.

“Attorney General Garland and Director Wray, simply put, based on the allegations that I’ve received from numerous whistleblowers, you have systemic and existential problems within your agencies,” he wrote. “You have an obligation to the country to take these allegations seriously, immediately investigate and take steps to institute fixes to these and other matters before you.”

‘The president is all over these records’
Meanwhile, a federal investigation into Hunter Biden’s tax affairs and international business dealings has reached a critical stage, yet no indictments have been issued and the grand jury has been disbanded.

Legal scholar Jonathan Turley said Monday in a Fox News interview there are lingering questions about the status of the case, overseen by Delaware U.S. Attorney David Weiss.

“Are they working on a plea, do they have sealed indictments, or have they found no basis to indict at all?” he asked.

Turley said the case is a “textbook example” of why special counsels need to be appointed in cases in which the president of the United States has an interest.

“Nobody is casting aspersions on Mr. Weiss, but there are these questions as to why many of these witnesses have not been called and whether the investigation itself is artificially narrow,” Turley said. “We’re talking about an influence-peddling scheme that netted millions of dollars for Hunter Biden, but his uncle is also involved, and the president is all over these records.

“All of that would seem to make him a rather relevant witness,” he added. “But there’s no indication he has been called.”

As WND reported, a new poll indicates American voters overall believe Joe Biden profited from the deals made by his son Hunter and brother Jim with the likes of Chinese Communist Party operatives and corrupt Russian and Ukrainian oligarchs.

Joe Biden, however, continues to insist he never even discussed his son’s business with him, despite the mounting evidence.

The latest evidence was presented last week by the New York Post, which reported Hunter Biden’s personal calendar from the infamous abandoned laptop shows he and his business partners met at the White House or the vice president’s residence with Joe Biden dozens of times, often immediately upon returning from business trips.

Also last week, DailyMail.com reported Hunter Biden confided in a text exchange with Hallie Biden, the widow of his late brother, that he was feeling pressure over “suspected involvement” in brokering an oil deal “directly” with Russian President Vladimir Putin just as his father was about to run for president.

Earlier this month, DailyMail.com reported a voicemail from Hunter Biden’s laptop in which Joe Biden referenced a New York Times story on Hunter’s dealings with a Chinese energy firm controlled by the Communist Party. The company is an arm of Communist Party Chairman Xi Jinping’s chief global domination venture, the “Belt and Road Initiative.” Hunter Biden was working on a multi-million-dollar joint venture with CEFC in which the “big guy” – identified by a Hunter Biden business partner as Joe Biden – was to get 10% equity, according to an email from Hunter Biden’s abandoned laptop. One of the witnesses before a Delaware grand jury investigating Hunter Biden’s business dealings, according to a source, has been asked: Who is the big guy?”

In March, the New York Times finally acknowledged that the contents reported to be from a laptop abandoned by Hunter Biden at a Delaware repair shop were authentic.