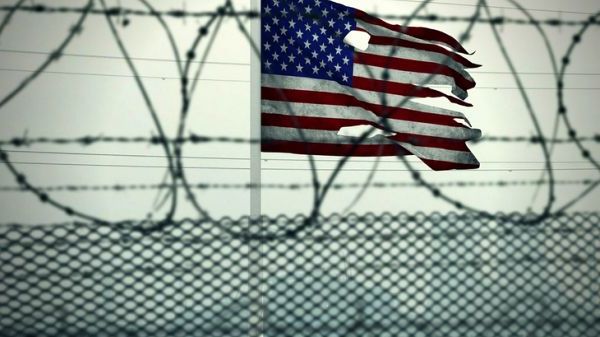 That the U.S. Department of Justice has been weaponized to work on behalf of Democrat agenda points isn’t even a question any longer.

After all, the DOJ issued statements opposing the Supreme Court’s rulings on the Second Amendment and abortion in recent days, pledging to fight for the Democrat agenda against what the court determined to be constitutional rulings.

Also, Hunter Biden has escaped any charges so far, despite evidence mounting of what could easily prove to support serious charges.

Meanwhile, innocent Americans have been jailed for their political opinions.

That last is documented by Fox News host Tucker Carlson, who on his show outlined “a political list of DOJ and FBI targets over the past 18 months. Some of these examples are probably forgotten; however, when you see the examples highlighted with a timeline it really does showcase how our system of government has been weaponized by a corrupt Dept of Justice and corrupt FBI,” explained a report from Conservative Treehouse.

He cites a long list of those whose primary offense was objecting to Democratic agenda points who have been arrested, charged, and even jailed.

One person, in fact, faced arrest for creating memes that criticized Hillary Clinton.

Another for telling a crowd to express their displeasure to members of Congress.

Carlson noted the case against Douglass Mackey “for creating internet memes that made fun of Hillary Clinton.” He was accused of depriving people of their constitutional right to vote.

And the cases against Russell Taylor and Alan Hostetter, who organized a permitted, lawful rally.

And the attack on former Trump lawyer Rudy Giuliani, whose phone – and private information – was confiscated.

And George Dixon, whose crime was working on a documentary about Joe and Hunter Biden and their business schemes.

Then there were Owen Shroyer of Infowars and the journalists at Project Veritas.

Then it was Trump adviser Steve Bannon, who Nancy Pelosi demanded go to jail for citing executive privilege when her partisan Jan. 6 investigation committee demanded he testify.

Carlson explained that’s why Democrats have insisted on calling what was a riot by a few hundred people an “insurrection.”

“In other words, we don’t arrest people for ignoring congressional subpoenas, particularly when they cite executive privilege, a principle that has a long history in American history. We’ve never done that. But we can do it now because it was, ‘an insurrection,’ an insurrection that wasn’t armed, wasn’t planned, and didn’t actually insurrect anything, but it was still an insurrection. Now you’re beginning to see why it’s been so important from the very first day for the media to describe what happened on January 6, not as a riot, but as an insurrection, because if it’s an insurrection, they can violate your civil rights, and they have and they continue to,” he said.

Carlson continues with his list that includes Sherrona Biship, Tina Peters and Peter Navarro, a trade aide to Trump who was “arrested at Washington National Airport and put in leg irons and put in jail.”