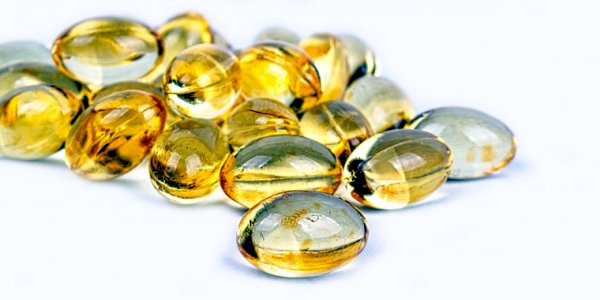 Patients with a Vitamin D deficiency have as much as a 50% higher probability of death from COVID-19, according to a study by researchers in Israel and Russia.

The boost to the immune system from Vitamin D can be found in supplements as well as foods such as egg yolks, fatty salmon, sardines, herring, canned tuna, beef liver, fortified milk, cereals, yogurt and orange juice.

The study, published in the Israel Medical Association Journal, analyzed published clinical trials showing patients with low vitamin D levels are more prone to infection from COVID-19, and severe illness and death from the disease, the Jerusalem Post reported.

The researchers were Yehuda Shoenfeld of Ariel University and Sheba Medical Center and Dr. Vania Borba of the Laboratory of the Mosaics of Autoimmunity at the First Moscow State University in Russia.

They concluded the trials “demonstrate that vitamin D levels are inversely correlated with the COVID-19 severity, serum levels of inflammatory markers and fatality rates, mainly through the modulation of the innate immune response and possible enhancement of antibody generation post-vaccination.”

If you like WND, get the news that matters most delivered directly to your inbox – for FREE!

The researchers cautioned that there is “ongoing discussion regarding whether low vitamin D is caused by the infection or if its deficiency negatively affects the immune disease.

In any case, they said, giving vitamin D supplements to COVID patients has improved their immune function, mainly by increasing the percentage of blood lymphocytes.

They concluded: A growing body of evidence supports the safety and beneficial effects of vitamin D supplementation to fight COVID-19 disease, reducing disease incidence, severity and mortality among those with sub-optimal levels.”

In February, Israeli scientists said they had accumulated the most convincing evidence so far that taking vitamin D supplements can help COVID-19 patients reduce the risk of serious illness or death.

In a peer-reviewed study published in the journal PLOS, researchers from Bar Ilan University and the Galilee Medical Center said the impact was so strong that they could predict how infected people would fare based on only their ages and vitamin D levels.

“We found it remarkable, and striking, to see the difference in the chances of becoming a severe patient when you are lacking in vitamin D compared to when you’re not,” said Dr. Amiel Dror, a Galilee Medical Center physician and Bar Ilan researcher.

He said vitamin D strengthens the immune systems “to deal with viral pathogens that attack the respiratory system.”

“This is equally relevant for omicron as it was for previous variants,” he told the Times of Israel.

The researchers published preliminary findings in June 2021 that showed 26% of coronavirus patients died if they were vitamin D deficient soon before hospitalization. That compared to 3% who had normal levels of vitamin D.

And hospitalized COVID-19 patients who were vitamin D deficient were 14 times more likely than others to end up in severe or critical condition.

Dror said his team addressed the question in the scientific community of whether recent health conditions among the patients might have been skewed the results. In other words, was vitamin deficiency a symptom rather than a contributing factor?

To account for that possibility, the researchers examined each patient’s vitamin D levels over the two-year period prior coronavirus infection.

“We checked a range of timeframes, and found that wherever you look over the two years before infection, the correlation between vitamin D and disease severity is extremely strong,” Dror said.

Because of its wide scope, he added, the study offers “stronger support than anything seen so far emphasizing the importance of boosting vitamin D levels during the pandemic.”