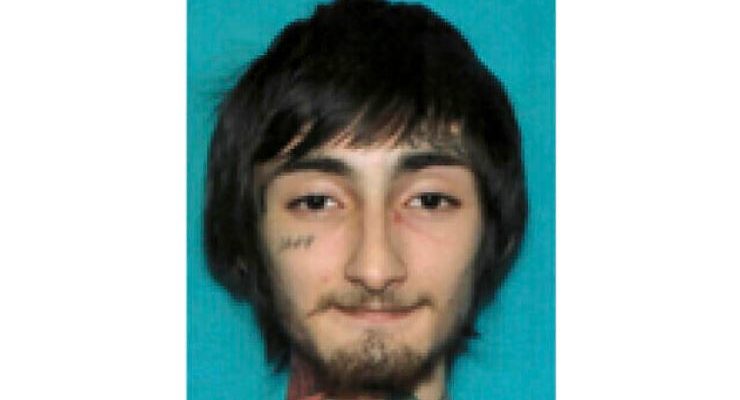 A local Chabad rabbi has said that he had kicked out the suspect behind the Highland Park shooting from his synagogue during the Jewish festival of Passover in April.

Rabbi Yosef Schanowitz, from The Central Avenue Synagogue, recognized the photo of 21-year-old Robert Crimo, the “person of interest” who was taken into police custody following an hours-long manhunt. Six people were killed and another 30 injured when a shots were fired from a rooftop at a Fourth of July parade.

“We have an armed guard with a weapon sitting at the entrance, and I was not worried that he would continue into the synagogue hall,” Schanowitz was quoted by the Israel National News website as saying.

“But I went to him and demanded that he leave, because I saw that he was not from our community,” Schanowitz said of the tattooed suspect.

Around one-third of the Chicago suburb’s 30,000 residents are Jewish.

At least two of the six victims of the shooting in the largely Jewish Highland Park were Jews, a different local synagogue in the Chicago suburb said on Monday.

North Shore Congregation Israel in the Glencoe neighborhood told members in an email that congregants and staffer Jacki Sundheim was one of the fatalities.

“Jacki was a lifelong congregant of NSCI and a cherished member of NSCI’s staff team for decades,” the synagogue wrote about its b’nei mitzvah coordinator, Jacki Sundheim. “Jacki’s work, kindness and warmth touched us all.”

Sundheim was survived by her husband Bruce and daughter Leah.

The synagogue released an earlier statement saying: “This touches each of us deeply and personally; the grief, pain, and fear affect us all.”

Another Jewish victim was 76-year-old Nicolas Toledo, who was visiting from Mexico.  He was sitting along the parade route in his wheelchair when he was shot at least three times. His son and his granddaughter’s boyfriend were also shot.

Most of the other victims’ identities have yet to be released.

NorthShore University Health Center received 26 patients after the attack. All but one had gunshot wounds, said Dr. Brigham Temple, medical director of emergency preparedness. Their ages ranged from 8 to 85, and Temple estimated that four or five were children.

The Israeli Consulate in the Midwest has been in close contact with the local Jewish community, Israel’s foreign ministry said.

“I am following the horrible news from Highland Park.” said Yinam Cohen, Israel’s Consul-General in Chicago tweeted on Monday. “Our hearts and prayers are with the members of the community. We thank the local authorities for their immediate response.”

Schanowitz said that there were other members of the Jewish community who were wounded in the shooting and are located in different hospitals. He spent hours in emergency room trying to comfort the injured while reciting the Shema prayer.

“We are trying to be with the families at this difficult time, and provide all possible assistance,” he said.

He stressed that it was incumbent on all synagogues and Chabad houses “to put a first-rate, armed guard in the doorway to prevent more tragedy.”

Menachem Slavtitsky, the Chabad rabbi of the Israeli community in Chicago, expressed his shock over the shooting.

“Everyone is really shocked by the incident, it happened in a prestigious area, which is always very calm and safe,” he told Israel’s Channel 12 News.

“People turn to us with fear and worry, and we are here for them – to strengthen and encourage. We turn again to all Israelis in the Chicago area: do not hesitate to call at any time. We are by your side. We are confident that nothing will break our spirit and we will emerge stronger from it.”

Michala Sheinwitz, the wife of another local Chabad emissary, said she opened her house to passers-by to escape the carnage. “It was clear that it was dangerous to be outside so I invited them in,” she said.

“This is a very Jewish neighborhood. On the first day of Rosh Hashanah, for example, there was no school here. There are a lot of Jews here,” she said.

Associated Press contributed to this report.