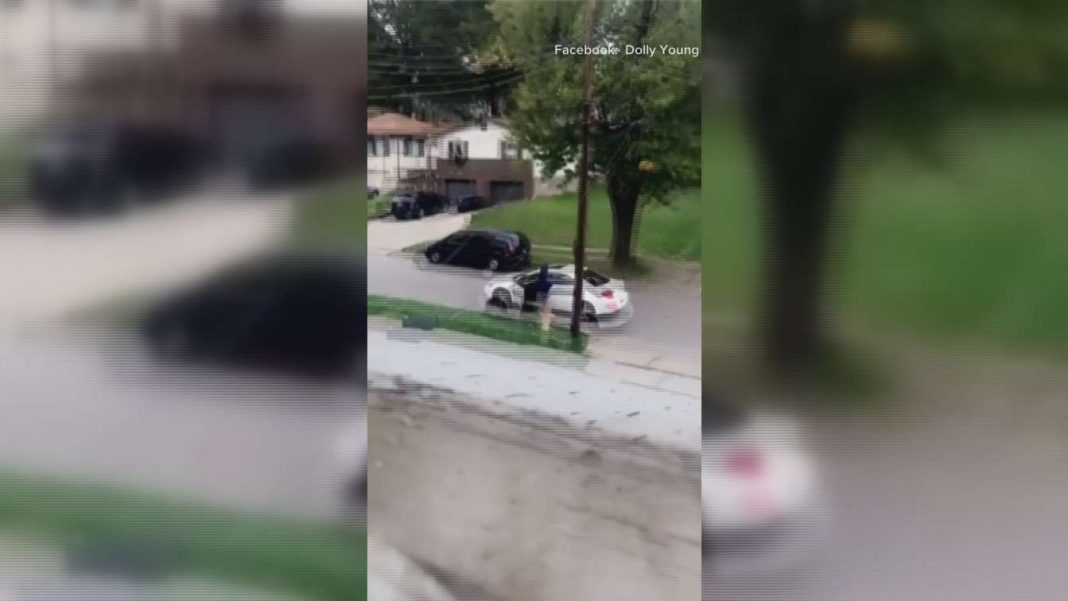 Report: Man sets self on fire after driving into Capitol Building

Business owners in Akron, Ohio, rose early Monday morning to clean up the damage from the previous night’s violent protest.

Traffic was closed Monday morning on the part of South Main Street near Exchange Street so that business owners could clean up the shattered glass and other debris, Fox 8 reported.

The damage was committed by demonstrators who gathered the previous day to protest the police shooting of Jayland Brown, 25, which occurred on June 27. While the protests started peacefully, they turned violent as the sun went down.

Video of Shooting from Police

Police were deployed in riot gear and directed tear gas at the protesters after they “started knocking down the barriers that were set up outside police headquarters,” WKYC reported.

Protesters pelted local businesses with rocks, shattering windows. Someone set an American flag on fire and tossed it into a dumpster, Fox 8 reported. WOIO noted that a good Samaritan put out the dumpster fire.

“As night fell and others began to join, the protests became no longer peaceful,” Horrigan said. “There was significant property damage done to downtown Akron. Small businesses up and down Main St. have had their windows broken.”

The protests were sparked after the Akron Police Department released footage of the death of Brown, a black man from Akron, who was shot by police following a police pursuit around 12:30 a.m. on June 27.

At one point during the pursuit, which lasted several minutes, officers believed they heard a gunshot come from Brown’s vehicle. As Brown exited the vehicle wearing a ski mask, he took off on foot, and a ground chase ensued.

Police attempted to fire a taser at Brown but were unsuccessful in subduing the suspect. As the foot chase continued, the 25-year-old suddenly turned around to face the officers, who then discharged their weapons at Brown. The suspect died as a result of his injuries.

While Brown was reportedly unarmed during the pursuit, police noted a handgun, a loaded magazine, and a gold wedding ring were “observed in plain view” of the suspect’s driver’s seat.

The Associated Press (AP) reported that police said that “more than 60 wounds were found on Walker’s body but further investigation is needed to determine exactly how many rounds the officers fired and how many times Walker was hit.”

The local police union said in a statement to reporters that the officers’ actions will be determined “justified in line with their training and protocols,” as the officers believed there was an “immediate threat” during the pursuit, the AP noted. The investigation is still being conducted.

More protests were scheduled to take place on Monday, but Walker’s family is asking for peace, Fox 8 reported.

The city also closed the city down, to prevent violent BLM chaos.