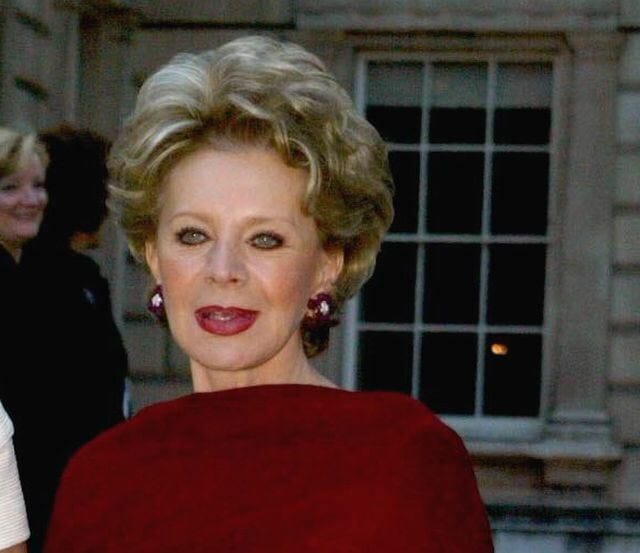 When one thinks of philanthropic endeavors in the international Jewish community, it is inevitable that the name Safra comes up in the course of conversation.

Sadly, on Saturday, it was reported that billionaire philanthropist Lily Safra, 87, died in Geneva, according to Brazilian press reports.

The New York Post reported that the cause of death of the Brazilian born New York socialite was not released to the media.

Mrs. Safra was the widow of internationally renowned banker, Edmond Safra who was her fourth husband. Her late husband’s demise was shrouded in mystery as he died in a 1999 fire at his penthouse in Monaco in the south of France. She will be buried at a family plot in Geneva, as was reported by the Post.

As of June 2022, her net worth was estimated at $1.3 billion, as was reported by Wikipedia.

Edmond Safra, the scion of a storied Lebanese banking family, owned the Trade Development Bank and New York’s Republic National Bank, which was sold to HSBC shortly before his death as was reported by the Post. At the time of his untimely death, Lily Safra inherited more than $4 billion.

Born in southern Brazil in 1934, Lily Safra grew up in Rio de Janeiro. She was the daughter of Wolf White Watkins, a Czechoslovak railway engineer who moved to South America during the electrification of Brazilian railroads, and Annita Noudelman de Castro, a Uruguayan of Russian-Jewish ancestry

The Post reported that Mrs. Safra became a fixture on the New York social scene after her marriage to Edmond in 1976. The couple were major art collectors, with Lily spending $103.4 million on a sculpture by Alberto Giacometti, a record for the sculptor, the paper reported.

Edmond and Lily Safra owned storied properties on Fifth Avenue, Monaco and in France. The Post reported that the well heeled couple often entertained at the Villa Leopolda estate that was once owned by Belgian King Leopold and is one of the most expensive residential properties in the world.

Prior to tying the knot with Edmond Safra, Lily Safra had three previous marriages. Wikipedia reported that at age 17, she met and married Mario Cohen, an Argentine hosiery magnate of Italian-Jewish descent. They had three children. Lily and Mario Cohen divorced in the early 1960s.

In 1965, Lily married Alfredo “Freddy” Monteverde, formerly Greenberg, as was reported by Wikipedia. He was a Romanian Jewish immigrant who fled Europe in 1939. He was a leader in the Brazilian household appliance distribution business, where he established the Ponto Frio brand. He and Lily adopted a child.

Wikipedia reported that in 1969, Monteverde committed suicide. According to biographer Isabel Vincent, an investigative reporter with the New York Post, and the author of a number of books, Monteverde left all his assets to his wife.

An unauthorized biography of Lily Safra written by Ms. Vincent, was blocked by a court in Brazil in 2013.

A month after his death, Lily moved to London, according to Wikipedia. Her late husband’s banker, Edmond Safra, helped her secure control over her late spouse’s entire fortune, as was reported by Wikipedia. She dated Safra for some time, but the romance ended. At the time, Safra’s family who is of Sephardic Jewish descent did not approve of his relationship with Lily, who was of Ashkenazi Jewish descent.

In 1972, she married businessman Samuel Bendahan, also a Sephardic Jew, and a man of more modest means. Wikipedia reported that they separated after two weeks, and she divorced him after one year of marriage.

Lily Safra supported numerous foundations, organizations, and charities, as was reported by Wikipedia. In 1977 she, her husband Edmond Safra, and Nina Weiner founded the International Sephardic Education Foundation. She chaired The Edmond J. Safra Foundation which supports medical research and humanitarian relief. The Edmond J. Safra Foundation Center for Ethics has been established at Harvard. Most recently she donated over $12 million to create a cross-disciplinary research laboratory on institutional corruption.

Safra also ensured the completion of the Edmond J. Safra Synagogue in Manhattan.