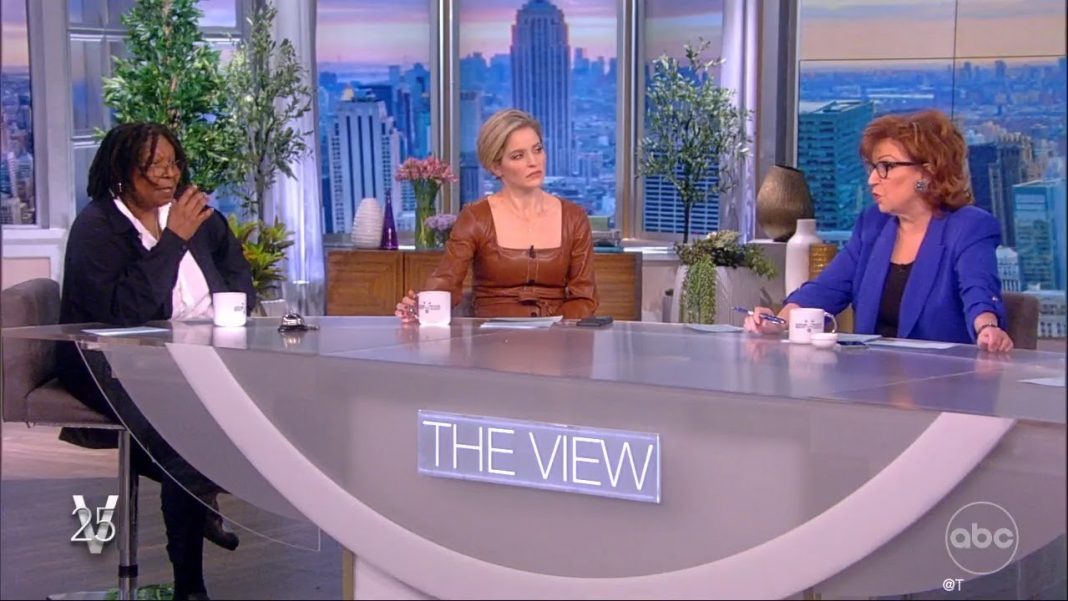 It appears that daytime television watchers are in store for a 26th season of ABC’s “The View.”

According to a New York Post exclusive report, “a bombshell “hot topic” about who the next conservative co-host will be is about to drop.”

Meghan McCain, the daughter of the late Arizona senator John McCain, had held the slot of years, but is moving on to other career choices. Last summer, McCain had announced her abrupt departure, citing her displeasure with those she worked with on a daily basis.

In October 2021, the Post reported that McCain said the reason she was leaving “The View” was because she felt her colleagues, including Whoopi Goldberg and Joy Behar, had mistreated her for having conservative views — all while she was suffering from postpartum anxiety.

“You can’t imagine how it messes with your self-esteem working in an environment where the worst thing you can be in the world is a Republican during the Trump years,” McCain wrote in an excerpt of her new audio memoir, “Bad Republican,” obtained by Variety. “As the country got worse under Trump, the treatment from Whoopi, Joy and some of the staff grew meaner and less forgiving,” she wrote.

She continued, “It was as if I had become an avatar for everything they hated about the president. It felt like the co-hosts and staff only knew one Republican — me — and took out all their anger on me, even though I didn’t even vote for Trump,” as was reported by the Post.

The Post also reported that a slew of politically right-wing guest hosts have been doing on air auditions for the top slot.

As to who will get tapped for the job no one knows at this juncture, but a person familiar with the goings on at “The View” has told the Post that those who have been granted multiple auditions are most probably other ones who will be given serious consideration for the conservative spot on the all liberal panel.

Whomever is chosen will most likely be on the receiving end of the same abhorrent treatment that McCain was subjected to or even worse for that matter. One fan of “The View” told the Jewish Voice that “the culture of ‘mean girl’ behavior is a predominant component of the show and the liberal, left-wing panel of women have a definite double standard. In their perspective, they have the absolute right to bully and totally silence anyone who has divergent views from their own, but if they were subjected to such bullying they would play the victim card.”

The insider told the Post, “You are starting to see familiar faces over and overt. I would expect an announcement before the season ends on August 5.”

The source also told the Post: “If you watch the show, you can see people who are coming back regularly to join the co-hosts at the table. It is an invaluable experience for the show. And it was always the plan to make sure they had a seat at the table.”

Among those who have repeatedly appeared as guest co-hosts on the show include Alyssa Farrah Griffin, the 33-year-old former communications director for President Donald Trump, and former GOP communications director Tara Setmayer, 46. The Post reported that both are being considered for the permanent seat — with some sources hinting that Farrah is likely to be the frontrunner.

Thus far, it appears that Griffin has made the most repeat performances on the show, beating out her rivals in terms of number of tryouts.

Another staunch and vocal conservative who has voiced her interest in becoming a co-host on “The View” is author and media pundit, Ann Coulter. Previously, she had told the Post that she would be willing to sign on to the program,

Coulter, 60, told The Post: “Yes, of course I would take the job but they will never pick me. “It seems they don’t mean what they say. You might be exposing a double-secret requirement: Must be a dumb, easy-to-push-around Republican.”

Currently, the panel at “The View” consists of actress and comedian Whoopi Goldberg, former talk show host Joy Behar, Sunny Hostin and Sara Haines. These ladies will be taking time off this week, but according to the Post report they will be back on July 11th to complete the rest of the season.

“The View” has drawn national attention for the “drama” and “scandals” that occasionally erupt on the morning show,

The Post reported that in February of this year, Whoopi Goldberg was suspended from the program by the ABC network in the aftermath of telling the television audience that the predicate of the Holocaust had nothing to do with race.

She said that the Holocaust was “not about race” because the Nazis were white and the Jews they systematically slaughtered were also white.

Goldberg’s controversial remarks were made in the context of a discussion about a Tennessee school district’s decision to ban “Maus,” the Pulitzer Prize-winning graphic novel about a Holocaust survivor.

She eventually apologized for her ill-conceived comments and even invited Anti-Defamation League CEO Jonathan Greenblatt on the show to discuss her remarks. Greenblatt apparently enlightened and informed Goldberg to the fact that the Nazis believed that they were indeed a superior race and that Jews were an inferior race and even sub-human.

She also spoke of her long-time support of the Jewish community.  For his part, Greenblatt told CNN’s Don Lemon that he did not consider Goldberg to be anti-Semitic but refused to comment on ABC’s decision to suspend her.

Greenblatt suggested to Lemon that Goldberg spend her two-week suspension interviewing Holocaust survivors, visiting a Holocaust museum and even volunteering for the ADL.

In March of this year, Joy Behar, 79, suffered a dramatic fall in front of the live studio audience — and the 2 million-plus viewers at home, as was reported by the Post.