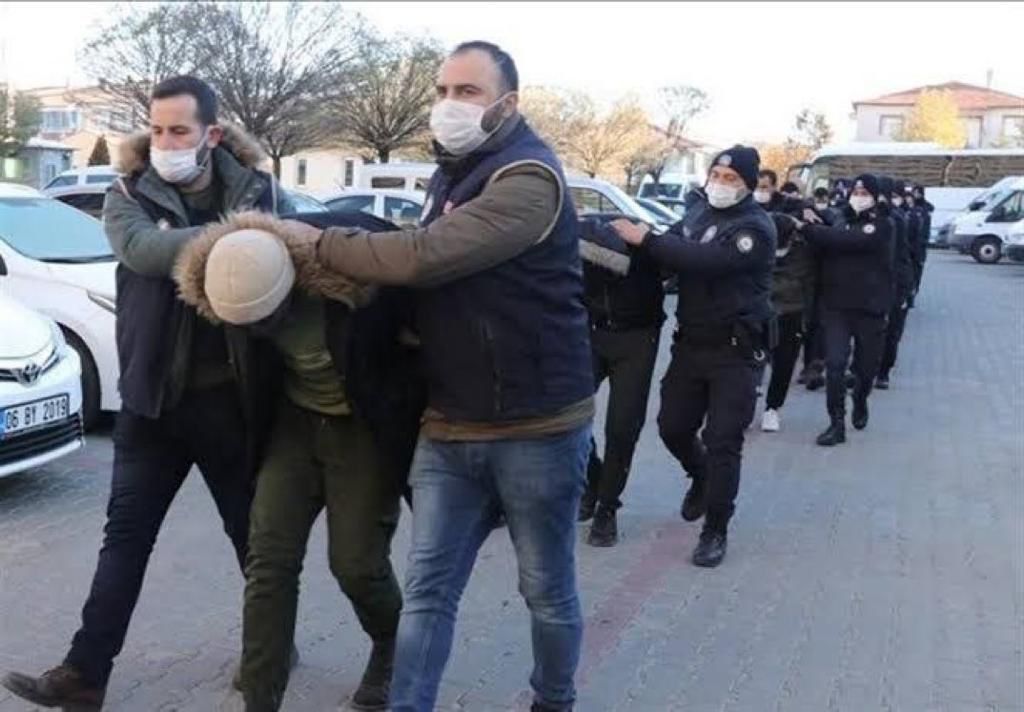 Iranian Assassins All Over the World

On Friday, all Israelis in Istanbul, Turkey, were told to stay in their hotel rooms and lock the doors, as per a reported alert issued due to an  immediate threat of Iranian IRGC attack.
Israel’s Channel 12 reported the Mossad believes Iran is planning a significant attack in Istanbul this weekend and that the Iranian operation is already underway, with attacks possible within hours, including against tourists within their hotel rooms.
Iranian terror cells are “looking for Israelis” on the streets of Istanbul after being given an order to carry out attacks in Turkey, a senior Israeli security official told Ynet on Friday.

Last week, the Jewish Voice reported that a senior Israeli security official urged Israelis not to visit Turkey and called on Israeli nationals currently in the country to return home immediately.

The official, who was not named in the report, said that there are currently multiple Iranian terror cells operating in Turkey, with plans to abduct or murder Israeli visitors. The source said: “There is a clear and present danger to the lives of Israelis in Turkey. All Israelis should leave Turkey and return to Israel.”

Arutz Sheva also reported that Israel’s security establishment is considering pushing for a travel ban to Turkey over the elevated security threat, the official added.

The plot involved kidnapping Israeli nationals and was reportedly foiled with the cooperation of Israel authorities, according to Hebrew-language reports, which cited unnamed security officials, as was reported on the Algemeiner.com web site.  The Iranian cell behind the attempt was part of the Islamic Revolutionary Guard Corps (IRGC) Quds Force, and was caught after contacting Israeli tourists, Channel 13 reported.

Security officials said in late May that an Iranian terror cell was found to be operating in Turkey, and that more than 100 Israeli citizens in Turkey had been considered as potential targets by the Iranian terror cell, as was reported by Arutz Sheva.

Earlier on Monday, Israel’s Counter-Terrorism Bureau, a part of the National Security Council, raised the travel warning for Istanbul to Level 4—the highest level.

While travel warnings are in effect for Israelis in Turkey or those Israelis considering a trip to Turkey, many other geo-political experts have recommended that Jews across the globe cancel any travel plans to Turkey this summer. They also advise those Jews in Turkey to depart as soon as possible.

“Given the continuing nature of the threat and in light of the increased Iranian intentions to attack Israelis in Turkey, especially Istanbul, the National Security Council has raised the travel warning for Istanbul to the highest level, Level 4,” said the bureau in a statement.

“Accordingly, the NSC calls on Israelis currently in Istanbul to leave the city at the earliest opportunity and on Israelis planning to travel to Turkey to avoid doing so until further notice,” it added.

Turkey has long been a popular vacation destination for Israelis because of its fairly close proximity to Israel and for its cultural allure.

The fact that Turkey’s president, Reccep Erdogan, is an unabashed Israel hater who has also harbored a visceral Jew hatred for as long as anyone can remember does not help.

Once a paradigm of western secularism and free thought, under Erdogan’s iron fisted leadership, Turkey has morphed into a provincial and radical Islamist country that rivals others in the region for their brutality and ruthlessness.

In Turkey, human life carries no measure of sanctity and blood is spilled with impunity against those who dare to not march lock step with the kind of doctrinaire radical Islamism that guides every aspect of the country.

Turkey’s support of terrorism was evidenced in the 2010 Mavi Marmara incident which captured the world’s attention. This alleged “freedom flotilla” was actually a convoy of vessels heading for Gaza to supply Hamas with materials to build terror tunnels into Israel and to keep the Hamas operatives in Gaza stocked up with essentials in order to wantonly murder Israeli civilians.

As the summer travel season is upon us, it is highly advised for Jews, Israelis, Americans and all freedom loving peoples who cherish peace not to step foot in Turkey. The danger is just too great to take the risk.