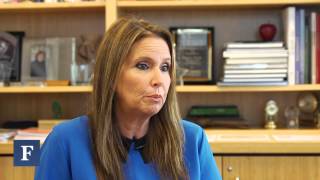 It appears that the richest woman in the Middle East has recently sold her Bal Harbour, Florida waterfront estate for a staggering $41.5 million, according to a report on the Real Deal web site.

As an Israeli-American businesswoman, Shari Arison is the owner of Arison Investments, which consists of several business companies, and of The Ted Arison Family Foundation, which comprises several philanthropic organizations that operate as its subsidiaries. Wikipedia reported that as of 2007, according to Forbes, Arison was the only woman to be ranked in the Middle East region’s top-20 of the richest people. As of November 2021, Forbes estimated her fortune at $4.6 billion, making her the 590th-wealthiest person in the world, and the fourth-wealthiest in Israel.

Ted Arison was the founder and owner of the Carnival Cruise Line Corporation. Today, Arison’s older brother Micky is the chairman and chief executive officer of Carnival Corp and is also the owner of the NBA team, the Miami Heat. Forbes estimates his worth at $6.1B.

In March 2009, Arison sponsored Israel’s third annual “Good Deeds Day” in which her non-profit organization, Ruach Tova, inspired thousands of Israelis to get involved in volunteering across the country. Wikipedia reported that as part of the event, which took place near Tel Aviv, a Palestinian youth orchestra performed in an hour-long concert in honor of Holocaust survivors. They played classical Arabic tunes and songs of peace, but upon the group’s return to Jenin, local Arab authorities condemned the orchestra’s leader for her “exploitation of the children for political purposes.” The event garnered worldwide media attention, according to the Wikipedia report. Following the concert to celebrate “Good Deeds Day”, the orchestra conductor was expelled from her hometown of Jenin.

Arison was awarded the America–Israel Friendship League’s Partners for Democracy award in 2010, for her contribution to promoting the economies of Israel and the United States. She is also a big financial contributor to the Clinton Global Initiative.

Property records indicate that Arison sold the 9,104 square foot mansion at 276 Bal Bay Drive in Bal Harbour, as was reported by the Real Deal.

According to the Real Deal, who cited property records, the Bal Harbour estate was owned by Arison and her ex-husband Ofer Glazer. He transferred full ownership of the palatial estate to her in 2007.

The report also indicated that while the sale has not yet been officially recorded, it takes its place as one of the priciest residential sales in Bal Harbour history.

Representing the seller was Oren Alexander of the Alexander Team at the high-end real estate company, Douglas Elliman.

The estate was built in 1977 and was expanded throughout the years. The Real Deal reported that is it a two-story mansion that has a pool, deck, guest house and has 178 feet of bay frontage. It has 9 bedrooms and 10 bathrooms.

The Real Deal reported that Alexander said the latest Bal Harbour sale was one of six his team brokered in South Florida over the course of a week totaling $100 million, including two sales on Pine Tree Drive in Miami Beach and luxury condos in oceanfront buildings in Bal Harbour and Miami Beach.