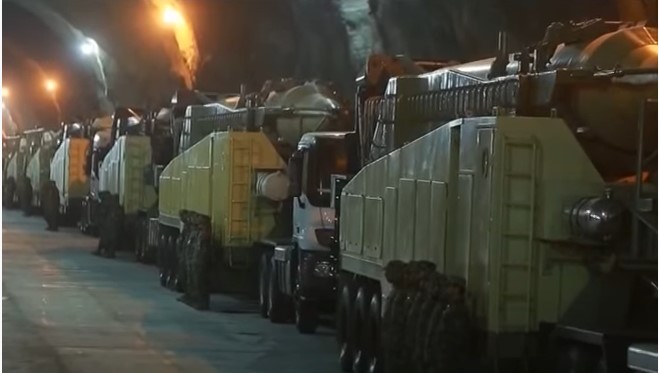 Israel and the United States are monitoring excavations near the Netanz nuclear facility, which have been ongoing for more than a year, The New York Times reported Thursday evening.

The purpose appears to be to replace the centrifuge hall that was used for the development and production of advanced centrifuges for uranium enrichment in Natanz, which was blown up in 2020, likely by Israel.

This appears to be Tehran’s biggest effort yet to construct nuclear facilities so deep in the mountains that they can withstand bunker-busting bombs and cyberattacks, according to the Times.

The construction is evident on satellite photographs seen by those monitoring Iran’s activities. Nonetheless, the Times notes, “Biden administration officials have never talked about it in public and Israel’s defense minister has mentioned it just once, in a single sentence in a speech last month.”

It appears that Washington — which has been negotiating a nuclear deal with Iran, although the talks have recently come to a standstill — and Israel disagree as to the purpose of the site and how urgent the situation is.

“At this very time, Iran is making an effort to complete the production and installation of 1,000 advanced IR6 centrifuges at its nuclear facilities, including a new facility being built at an underground site near Natanz,” Defense Minister Benny Gantz said last month, addressing a conference at Reichman University in Herzliya.

“We are in a race against time,” Gantz said during a briefing in April with with 80 foreign ambassadors stationed in Israel.

Israeli sources told the Times that construction of the new facility began around the time the “father of the Iranian bomb” Muhsin Fahrizadeh was assassinated in 2020.

Former American president Donald Trump withdrew from the Joint Comprehensive Plan of Action (JCPOA), or Iran nuclear deal, in 2018, saying it was “defective at its core.” In a recent interview with World Israel News, Trump envoy David Friedman said Iran is no longer afraid of the U.S., for which he blamed President Joe Biden.

Biden is scheduled to visit Israel and Saudi Arabia — Iran’s arch enemies — mid-July, and the Iranian threat will reportedly be a main issue on the agenda.