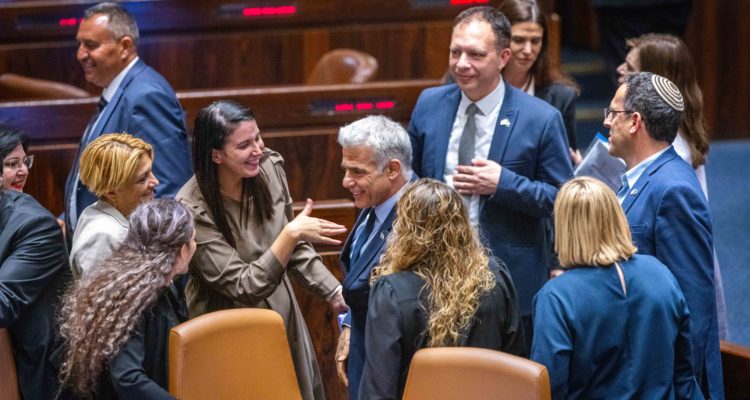 After long hours of discussions and a failed attempt by the opposition to form an alternative coalition within the existing parliament, the coalition and the opposition reached an agreement Monday on the dissolution of the Knesset, which will be completed by Wednesday midnight, Hebrew-language media reported.

Possible dates for the fifth Israeli national election in three years are October 25 and November 1.

The parties also agreed that the law prohibiting a criminal defendant from forming a government, in reference to Opposition leader Benjamin Netanyahu, would not be promoted in the current Knesset.

Earlier, Religious Zionism party chairman Bezalel Smotrich said that he would work to prevent the election. “Everything will be done to postpone the dissolution of the Knesset for next week. We will turn every stone to prevent this unnecessary walk to the elections and to form a stable government,” he declared.

MK Moshe Gafni, chairman of the United Torah Judaism party, had told Netanyahu that “we are making every effort to prevent these unnecessary elections,” adding that “if we fail, the date for the election is October 25.”

Defense Minister Benny Gantz said on Monday that he would “do everything to prevent the formation of an alternative government in this Knesset under Netanyahu.”

Meanwhile, in accordance with the demand made by Netanyahu’s Likud and echoed by lawmakers from Yesh Atid and Israel Beiteinu, the election-funding budget will increase to NIS 1.66 million per Knesset member, instead of the current 1.4 million – which means an additional cost of NIS 31.2 million for the election, and a total of NIS 200 million for party funding alone.