Cleveland ‘Officer of the Year’ Under Investigation for Anti-Semitic, Pro-Hitler Tweets - The Jewish Voice

Cleveland ‘Officer of the Year’ Under Investigation for Anti-Semitic, Pro-Hitler Tweets

Cleveland’s 2019 police officer of the year is under investigation for a series of anti-Semitic social media posts that include praise for Adolf Hitler and the Hamas terrorist organization.

Quran has posted several anti-Semitic messages on social media, including a “salute to Hitler the great” and messages threatening violence against Jewish people, according to tweets provided by Canary Mission, a watchdog group that tracks anti-Semitic activity online.

The controversy surrounding Quran comes amid a nationwide spike in anti-Semitic hate crimes that Jewish community groups have deemed a pressing emergency. The presence of anti-Semitic individuals on the nation’s police forces is stoking concerns that these crimes are going unaddressed and pushed to the back-burner as more high-profile race-related crimes dominate the headlines.

The Cleveland police department hired Quran in 2018, several years after most of the public tweets were issued. Quran was presented with a belated 2019 officer of the year award in November 2021, more than a year after Canary Mission first exposed many of Quran’s anti-Semitic posts. At the award ceremony, the department said “Officer Ismail Quran has truly embodied the community policing philosophy for the Cleveland Division of Police.” The Cleveland police department is facing allegations it tried to sweep the controversy under the rug and ignore Quran’s bigotry. The officer is “assigned to administrative duties” while the investigation is underway.

“We initially released Ismail Quran’s profile in January 2019. His large number of anti-Semitic posts were severe and all posted after Quran had completed his first Police Officer Physical Agility Exam,” Canary Mission said in a statement. “We were already concerned that the Cleveland Police Department employed an officer with a record of anti-Semitic hate speech. However, we are shocked and dismayed that the Cleveland Police Department honored Quran later that same year.”

Canary Mission described Quran as a “dangerous anti-Semite” who should not be allowed to conduct police work.

When asked for comment on Quran’s posts, a Cleveland police spokesman informed the Free Beacon that the officer is under investigation, though it is unclear what the repercussions could be.

The department “insists that officers provide the highest levels of professionalism and respect to all citizens. Discrimination of any kind will not be tolerated,” the spokesman said, adding that the “officer was hired by the Division of Police in 2018 and is currently assigned to administrative duties.”

Quran claimed in an August 2014 tweet that the Hamas terror group, which routinely kills Jewish civilians in terror attacks, is merely “defending their land.”

In a July 2014 tweet, Quran wrote, “Fuck that Jew” in response to a message wishing an Israeli basketball player good luck. Quran’s tweet included a picture captioned, “LET ME SALUTE TO HITLER THE GREAT. He said ‘I would have killed all the Jews of the world, but I kept some to show the world why I killed them.’” 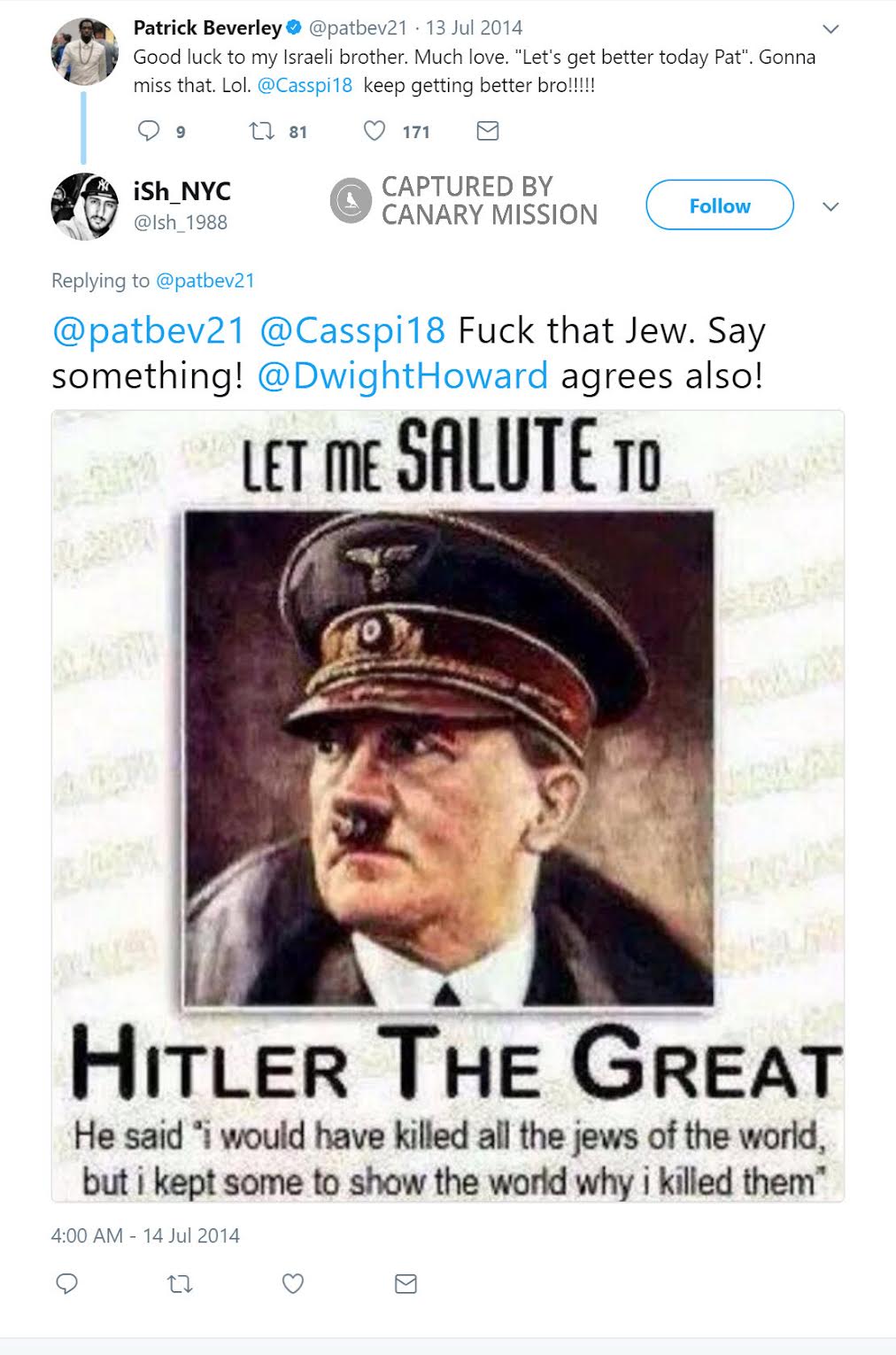 Other tweets threaten violence, such as one from 2012 where Quran wrote: “I’ll beat the hell out of you like I do Nadiah the Jew lol.”

Most of these posts were active as of June 2022, though many were deleted when reports about Quran’s rhetoric began to emerge. Canary Mission has documented all of them on its website.