The Broadway League says it will end forced masking in theaters, and that face masks will be optional by July 1, as stars test positive for the Chinese coronavirus. The decision also comes after Broadway star Patty Patti LuPone was caught on video screaming at a maskless audience member, while the actor herself was not wearing a mask.

“The owners and operators of all 41 Broadway theatres in New York City will keep masking mandates in place at all Broadway theatres through June 30, and will adopt a ‘mask optional’ policy for the month of July,” the Broadway League announced.

“Audience members are still encouraged to wear masks in theatres,” the announcement added.

The Broadway League went on to say that “masking protocols for August and beyond will be evaluated on a monthly basis,” and will be announced by mid-July. 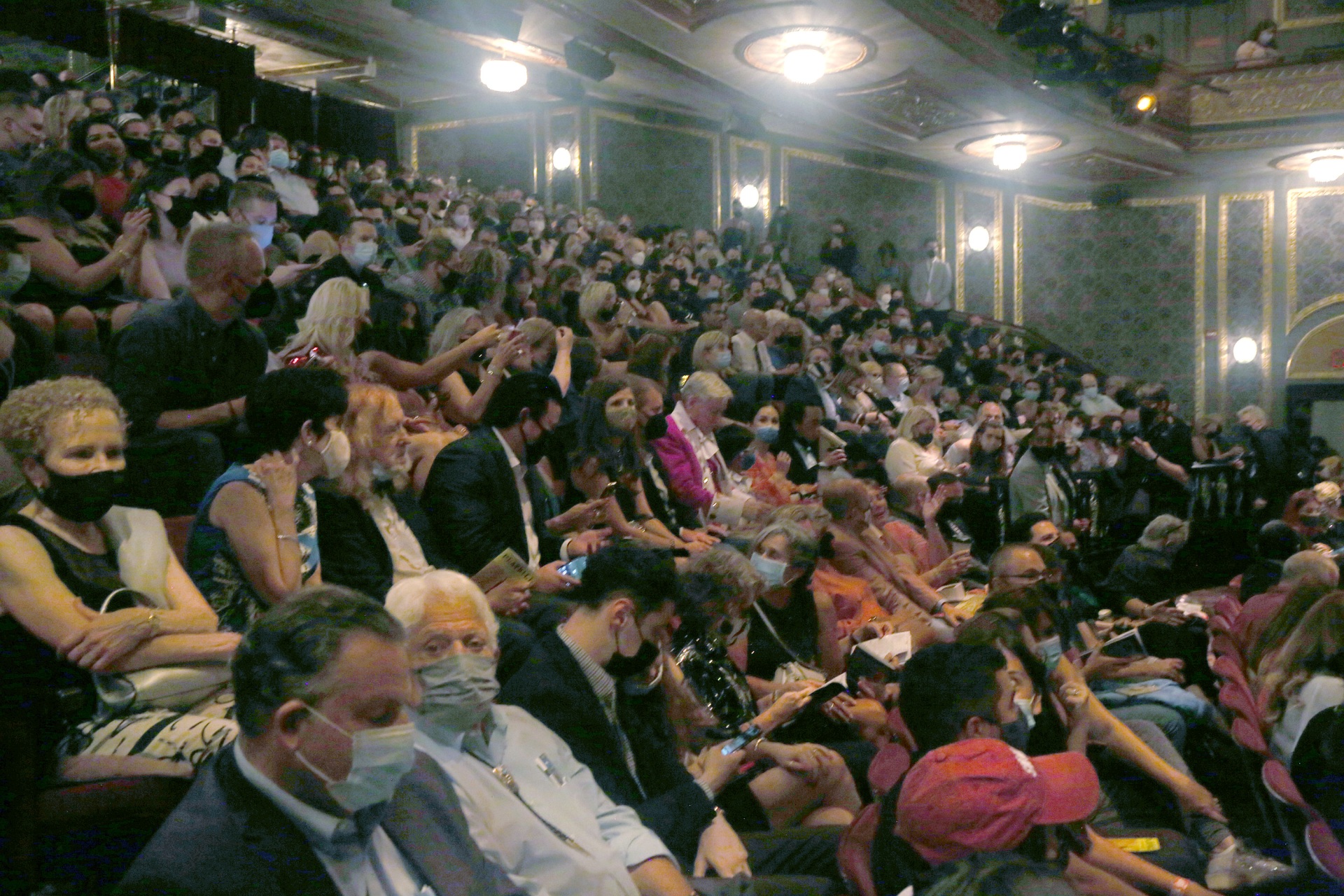 The Audience at the Re-Opening of “Hamilton” on Broadway at The Richard Rogers Theater on September 14, 2021 in New York City. (Bruce Glikas/Getty Images)

Despite having a mask mandate in place, Broadway stars nonetheless continued to test positive for the Chinese coronavirus.

In April, Barry Manilow was forced to miss the opening night of his new off-Broadway musical Harmony after testing positive for the Wuhan virus.

Sarah Jessica Parker and Matthew Broderick also tested positive for the coronavirus that month, causing them to cancel the April 7 performance of their Broadway show Plaza Suite. Hugh Jackman’s Broadway show The Music Man shuttered in December and again in June after he tested positive twice in six months.

Charlotte St. Martin, the president of the Broadway League, told the New York Times that theater owners “have been watching the protocols, watching admissions to hospitals, watching as we have no issues across the country where tours are mostly not masked, and they decided it was time to try.”

“This is not an easy decision,” St. Martin added. “There are more people that want masks off than on, but plenty still want them on — and we’re encouraging people that have any concerns to wear their masks.”

The Broadway League’s decision to end forced masks in theaters comes after maskless Broadway star Patti LuPone raged at a maskless audience member, demanding the patron “put your mask over your nose,” adding, “if you don’t want to follow the rule, get the fuck out!”

Patti LuPone putting an anti-masker in their place at a talkback after the show. Just follow the fucking rules and keep the performers safe pic.twitter.com/XWnkDxyoGo