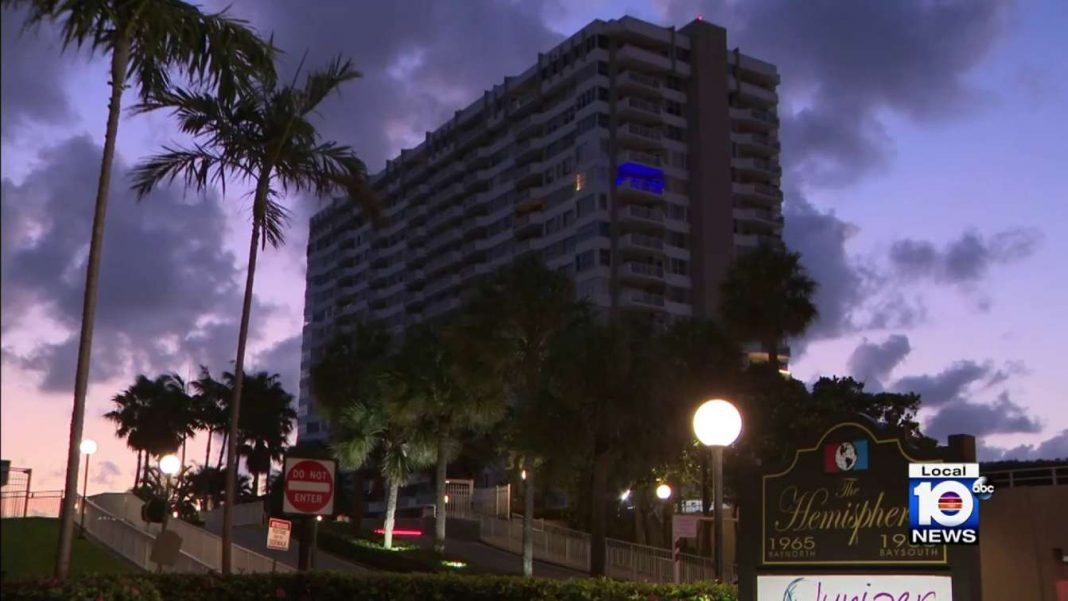 (TJV) The Hemispheres Condominium has ordered their residents to evacuate the buildings for the next three days, Miami News 7 reported

There are four buildings that have been impacted and a heavy presence of Hallandale Beach Police officers surrounding the area, Friday afternoon.

Broward Sheriff’s Fire Rescue arrived to the scene of a fire in the electrical room on of one of the buildings in Hallandale Beach, earlier in the day.

The fire happened in the building located at 1965 S. Ocean Drive, Friday morning. 7Skyforce hovered over the scene where smoke was seen coming from the electrical room on the first floor of a detached building alongside the marina.

Authorities said that the fire impacted what they call the building’s life safety system, their AC system and water.

“The sprinkler system is not working, the fire alarm mechanism, which is also attached to a monoxide detector, carbon monoxide detectors,” said Hallandale Beach Police Capt. Megan Jones. “All those things are not functioning, so God forbid, something else happens, we wouldn’t get the proper notifications to send rescue and police to assist those individuals who need it.”

The building was evacuated as firefighters worked to put out the flames.

“They told us that we have to evacuate as soon as possible,” said a resident.