Who leaked the document? - The Jewish Voice

Who leaked the document? 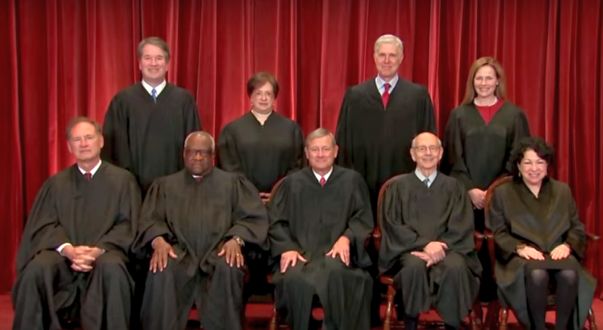 Michael Master(WND) The bad guys have us focused on the wrong stuff about the Supreme Court leaked document concerning Roe v. Wade. As usual, Democrats and mainstream media are diverting attention away from the real issues that concern SCOTUS about Roe v Wade.

If you listen to Kamala Harris or Don Lemon or Rachel Maddow or many other Democrats and their mainstream media defenders, then you would hear this:

1. Congratulations and thank you to the person who leaked the Supreme Court document.

2. That document shows that conservatives are going to take away a woman’s right to choose (an abortion or not) and eventually take away any and all control that women have about their reproductive rights.

Let’s discuss both of those items.

The person who leaked the document is not a hero. That person is a traitor to the Supreme Court and to the United States of America. What documents like this one have ever been leaked in the past? None. Why? Because it is not a final document. It is a “classified” document for SCOTUS use only. By leaking a classified document, that leaker broke the law, just as if any other classified document was leaked from any other department. If this leak is OK, then what will be leaked next? Our classified military strategies? Our classified energy reserve tallies? Classified president phone conversations (oh yeah, that was already leaked)?

This is the important question: So who leaked the document? It had to be someone who had access to that document, which includes the nine justices and their clerks. No one else.

Would a clerk leak it? No. A clerk is just starting a legal career with one of the most important jobs available to a new lawyer in all of the U.S. What 25-year-old clerk would risk a promising legal career by leaking such a document? What clerk would risk the chance of becoming a Supreme Court Justice in the future by leaking that document now? Not one! Not for all the tea in China!

If you like WND, get the news that matters most delivered directly to your inbox – for FREE!

So my guess is that one of those nine justices leaked it. Which one? Sotomayer, Kagan, Jackson, or Roberts? They were losing the argument, so one of them did what liberal socialists do – one of them leaked the document to try to stop the ruling – which is much worse than anything done by Trump to try to stop the Jan. 6 election certification.

The leak is an impeachable offense, an impeachment that all nine will try to keep from happening. Their justification for protecting the leaker will be trying to protect the reputation of SCOTUS. But make no mistake, the justice who leaked it needs to be impeached. The end does not justify the means!

As far as what this case is about, the case is not about a woman’s rights. That is just what Democrats want us to believe. This case is about the Constitution. Did SCOTUS with its original Roe v. Wade decision in 1973 answer two important items:

1. What in the Constitution gave SCOTUS authority to use “privacy” in its 1973 ruling?

2. What in the Constitution allowed SCOTUS to ignore the 10th Amendment in its 1973 ruling?

Let’s assume for a moment that this current court finds that Roe v Wade was incorrect. Then what? That would not make abortion illegal as Democrats/liberals/mainstream media claim. It would only mean that the authority to regulate abortions would reside with each individual state. That is all. But that is exactly what Democrats fight against. They want a strong centralized federal government, and not a confederation of states as the Constitution created with the 10th Amendment.

So why are those Democrats/liberals/mainstream media twisting the truth about this case? Why was the document leaked? To cause an uprising by pro-choice women and non-Christian liberals. Democrats are in a deep hole concerning the 2022 midterm elections, and they are using cultural issues like this one to try to dig out of that hole. To wit, one of the Supreme Court justices was complicit at helping Democrats … guilty … guilty of putting politics ahead of America and our Constitution.