Too Little, Too Late: ‘Squad’ Acolyte Loses (Again) After Trying To Airbrush Anti-Israel Past - The Jewish Voice

Too Little, Too Late: ‘Squad’ Acolyte Loses (Again) After Trying To Airbrush Anti-Israel Past 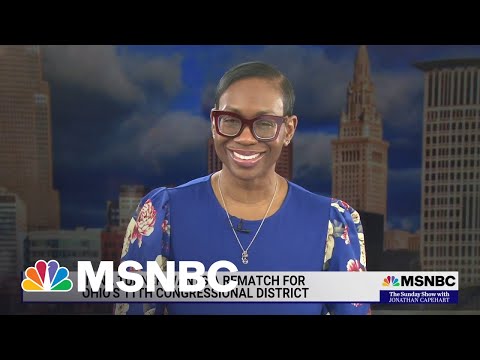 Turner trailed Rep. Shontel Brown (D., Ohio) by 27 points on Tuesday night when the Associated Press called the race with 53 percent of the vote in. The campaign saw Turner attempt to rebrand herself as a pro-Israel Democrat after her surprise 2021 primary defeat to Brown. During that race, Turner called to condition aid to the Jewish state, expressed

“solidarity” with a far-left group that accused Israel of apartheid, and blamed her loss on “evil money” after pro-Israel Democrats backed her opponent. Brown, meanwhile, ran on her strong support for the U.S.-Israel alliance and thanked her “Jewish brothers and sisters” in her victory speech.

For many leading Jewish groups, Turner’s pro-Israel about-face came too little, too late. When the Democrat ran an April open letter in the Cleveland Jewish News touting her “strong working relationship with [the] Jewish community,” for example, the American Israel Public Affairs Committee accused her of “pro-Israel virtue signaling.” The influential lobbying group noted that Turner did not mention the term “pro-Israel” in the letter, which also failed to explain how Turner would support the Jewish state in Congress. “End the deception,” AIPAC wrote in response. “Nina Turner is anti-Israel.”

Turner also changed her tune on the anti-Semitic Boycott, Divestment, and Sanctions movement. After she declined to share her stance on the movement during her 2021 campaign, Turner said she would “not endorse BDS” in her Jewish News letter. But the Democrat refused to condemn the movement and pledged to oppose anti-BDS legislation while in Congress, a move AIPAC also criticized.

In the end, Turner’s attempts to win over Jewish groups failed spectacularly. Brown received support from Democratic Majority for Israel, Pro-Israel America, and the Jewish Democratic Council of America—endorsements that proved crucial to her victory in a Cleveland district that holds a significant Orthodox population.

Turner’s loss is yet another blow to the Bernie Sanders wing of the Democratic Party. Turner, who served as national co-chair on Sanders’s 2020 presidential campaign, pledged to join the so-called Squad if she won and received support from self-proclaimed socialist Rep. Alexandria Ocasio-Cortez (D., N.Y.). The Democrat centered her campaign around her support for Medicare for All, the Green New Deal, and a plan to “completely reimagine” law enforcement.

Sanders and the Squad have had a tough go in the Buckeye State in recent years. Sanders lost Ohio to twice-failed presidential candidate Hillary Clinton in 2016 and ended his campaign before the state’s nominating contest in 2020. That 2020 primary also saw Rep. Joyce Beatty (D.) trounce Squad acolyte Morgan Harper by 36 points in Ohio’s Third Congressional District. Harper’s Senate bid also ended unsuccessfully on Tuesday, when she lost to Democratic nominee Tim Ryan.