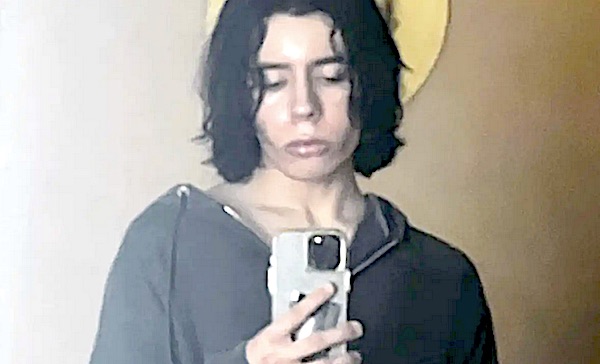 (WND) Bullied and subjected to a dysfunctional home life, the 18-year-old who barged into a Texas school and killed more than 20 people had been growing increasingly violent, according to those who knew him.

The Star-Tribune reported Salvador Rolando Ramos was lashing out “violently” in recent years.

He was described as “lonely” and “bullied,” as least partly because of a childhood speech impediment, and had the funds to buy several weapons just weeks ago.

Authorities explain they believe he shot and wounded his grandmother, then targeted innocent children at Robb Elementary in Uvalde, Texas.

Nineteen children died along with two adults and others were injured.

He, too, was shot and killed, apparently by police.

The report explained Santos Valdez Jr., 18, who has known Ramas for years, reported his behavior was deteriorating.

He recalled when Ramos pulled up to a park where they often played basketball and had cuts all over his face. He first said a cat had scratched his face, but then admitted he’d cut himself “over and over and over.”

He had a stutter and lisp as a child, and, “He would get bullied hard, like bullied by a lot of people,” onetime friend Stephen Garcia explained.

The suspect at one point posted an image of himself wearing black eyeliner, and that triggered another round of ridicule, the report explained.

Garcia explained, “He kept getting worse and worse, and I don’t even know.”

Soon the suspect was wearing all black, military boots, kept his hair long and dropped out of classes.

One person who knew the suspect said Ramos drove around at night and shot at random people with a BB gun, and he egged people’s cars.

He reportedly had posted online that he screamed at his mother, who he claimed was trying to kick him out of their home.

Nadia Reyes, a classmate, said in the report, “He posted videos on his Instagram where the cops were there and he’d call his mom a b—- and say she wanted to kick him out. He’d be screaming and talking to his mom really aggressively.”

The report said Ruben Flores lived next door to the family and described Ramos’ life as “pretty rough.”

Blowups were evident, and police occasionally responded to the home, Flores said.

Fistfights happened periodically, and no friends stay that way long, the report said.

Yahoo News said, “An Instagram account identified by news outlets as belonging to Ramos showed him posing with what appears to be a semi-automatic weapon. A former classmate said that Ramos texted him photos of a firearm and a bag full of ammunition days before the attack.”

Texas officials also described how Ramos posted on social media that he was “going to shoot an elementary school.”