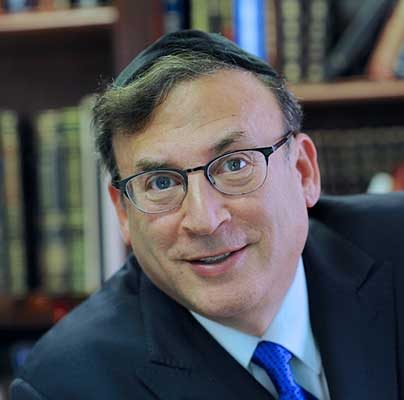 (VINnews) — Popular educator and speaker Rabbi Zechariah Wallerstein passed away at approximately 5:00 AM on Monday morning. He was approximately 64-years-old.

The unfortunate news comes after Rabbi Wallerstein suffered from an illness for several years.

Rabbi Wallerstein was famous for being the founder of the Ohr Naava institute, daring to step out of the box- at a time when no comparable center existed. According to Ohr Naava, he was an icon in the Jewish world of fearless vision, deep conviction, and unfailing warmth. With more than three decades in chinuch, the dynamic educator-with his trademark passion, clarity, and love, touched the hearts and souls of thousands of students from all shades of the religious spectrum.

Rabbi Wallerstein was an internationally sought-after speaker, traveling the world and inspiring men and women from all walks of life.

He spent his years living in Flatbush together with his wife Estee, his partner in all his endeavors, who he leaves behind together with their daughters and grandchildren.

The Kevurah will be on Tuesday in Chelkas Harrabanim at Eretz Hachaim cemetery in Bet Shemesh. It is called for 1 PM.