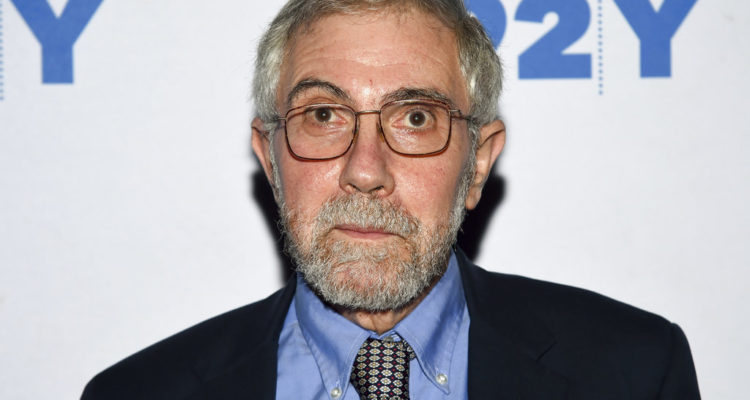 The fatal shooting at a Buffalo supermarket over the weekend was a direct result of the Republican Party’s preference for lower taxes, New York Times columnist Paul Krugman argued while lamenting the decline in reasonable political discourse in this country.

“There is, I would argue, a direct line from the Laffer curve, to Jan. 6, to Buffalo,” Krugman wrote in the Times on May 16, two days after the shooting. The Laffer curve refers to economist Arthur Laffer’s theory that increasing tax rates beyond a certain point is an inefficient way to raise revenue.

Krugman, who is often regarded (without evidence) as a serious thinker, argued (without evidence) that the Buffalo shooter’s insane belief in a global Jewish conspiracy to eradicate the white race was something that is “attracting significant mainstream support within the GOP.”

Mainstream journalists and other opinion havers have seized the Buffalo shooting as evidence that Republicans are white supremacists who want to murder black people. There has been comparatively little hysterical punditry in response to the other hate-fueled mass shootings that took place this week in Dallas, Texas, and Orange County, Calif.

Jeremy Theron Smith, who is black, was arrested after allegedly shooting up a hair salon in the Koreatown neighborhood of Dallas on May 12. Smith’s girlfriend said the accused gunman feared Asians and had “delusions that the Asian mob is after him or attempting to harm him.” The FBI has launched a hate crime investigation into the shooting, in which three women were injured.

David Chou, a Chinese immigrant, was arrested after allegedly opening fire—killing one and wounding five—at a church in Orange County on May 15. Authorities said Chou was motivated by political hatred for Taiwanese people and deliberately targeted the church, whose congregants were primarily elderly and Taiwanese. The attack is also being investigated as a hate crime.

It is not yet known to what extent the Democratic Party’s radical anti-Asian ideology and Hunter Biden’s financial ties to the Chinese Communist Party, which does not recognize Taiwan’s right to exist, motivated the perpetrators to commit these atrocious acts.