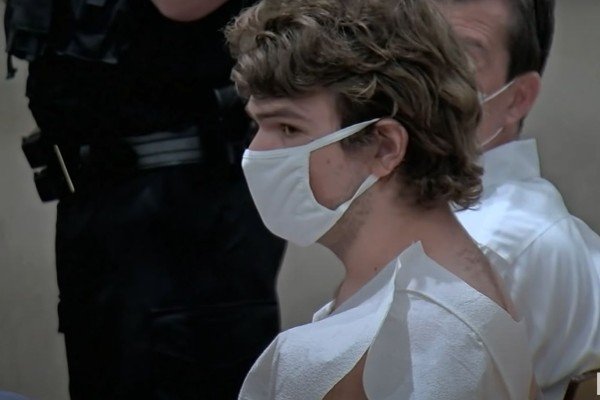 New York’s red flag law should have prevented the Buffalo grocery shooting, but the law failed to live up the promises made when it was enacted, Vox noted Tuesday.

The first paragraph of the Vox column got right to the point: “After a gunman killed 10 people at a Buffalo supermarket on Saturday, New York Gov. Kathy Hochul publicly wondered why a state law designed to prohibit individuals like him from obtaining a gun didn’t work as intended.”

In 2019, New York enacted an extreme risk prevention law, otherwise known as a “red flag law,” that can bar individuals who present an immediate danger to themselves or others from possessing firearms. The Buffalo shooter didn’t have a previous criminal record, but he had made serious threats of violence that were brought to the attention of police. 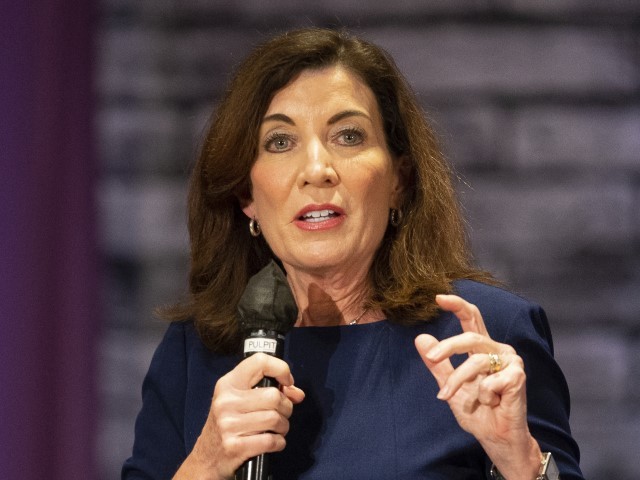 Vox pointed to the fact that the 18-year-old Buffalo attacker was “required to undergo a psychological evaluation” at age 17, after allegedly saying “he wanted to commit murder-suicide at his high school.” No action was taken by law enforcement following the evaluation, so there was nothing in the attacker’s record to prevent him from passing a background check to buy a firearm. 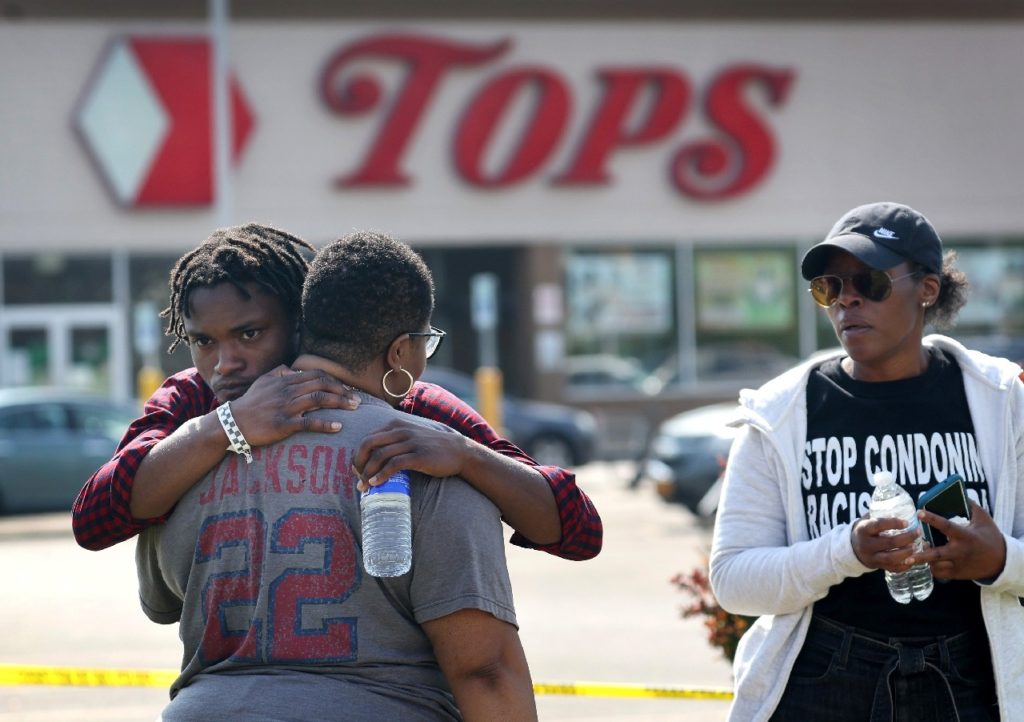 People embrace at a vigil outside of Tops Friendly Market in Buffalo, New York a day after a mass shooting left 10 people dead. (AFP)

The attacker went on to legally purchase a firearm from a New York gun store. 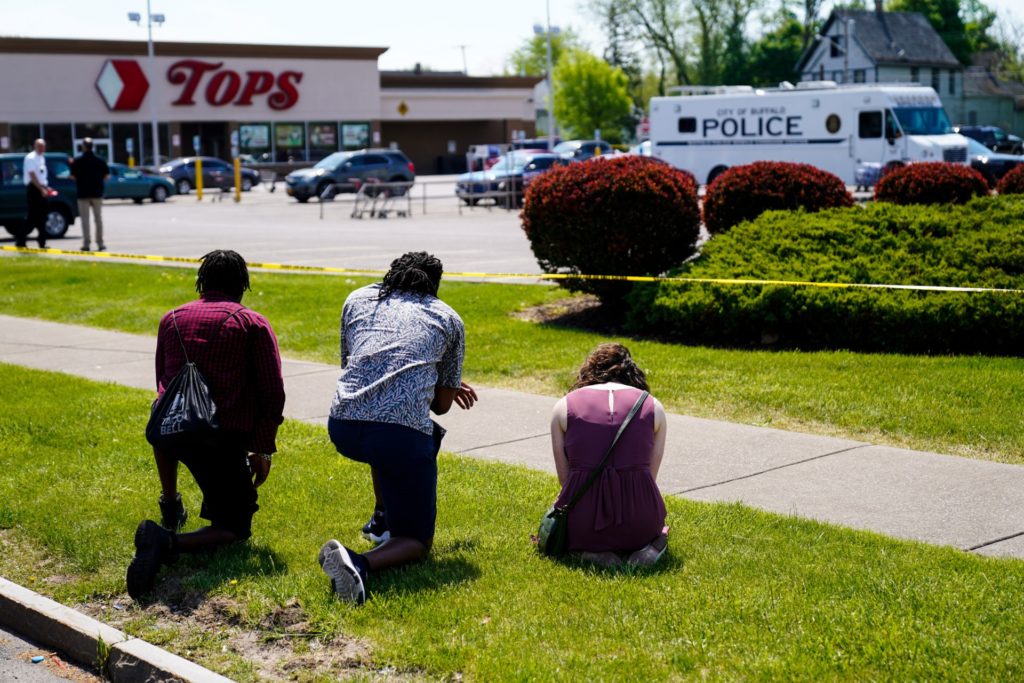 People pray outside the scene of Saturday’s shooting at a supermarket, in Buffalo, New York, Sunday, May 15, 2022. (AP Photo/Matt Rourke)

ABC 7 indicated the attacker used a rifle which was purchased at a store in Broome County, New York.

Vox reflected on the gun purchase then noted, “Under New York’s red flag law, that never should have happened.”

California has a red flag law, yet a gunman attacked Laguna Woods’ Geneva Presbyterian Church on Sunday, wounding five people and killing one.

Moreover, on April 3, 2022, six people were killed during a shootout in Sacramento, California. The Sacramento Bee responded to that shooting by pointing to the whole of California’s gun control and noting, “California has 107 different gun-control laws on the books, more than any other state, according to a database maintained by the Boston University School of Public Health.”

“But what else can California’s lawmakers do to restrict guns that they haven’t already done — and have their laws survive the inevitable challenge by Second Amendment advocates?” the Bee added.

AWR Hawkins is an award-winning Second Amendment columnist for Breitbart