Blinken calls for probe into death of Al Jazeera journalist 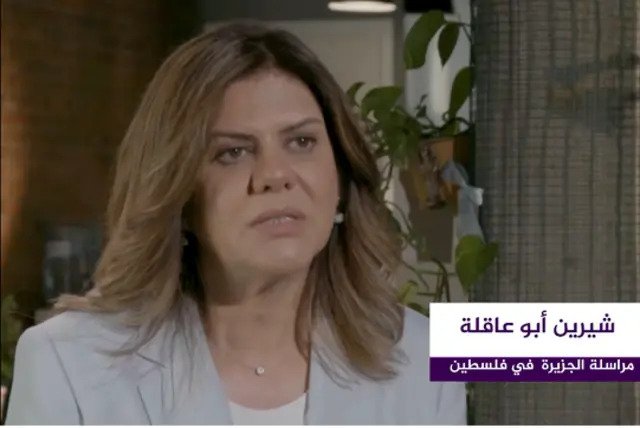 State Department spokesperson Ned Price said that Blinken called for an investigation of the death of Al Jazeera reporter Shireen Abu Aqleh and also noted US support for a “two-state solution” to end the Israel-Palestinian Arab conflict.

“Secretary Blinken underscored the importance of concluding the investigations into the death of Palestinian-American Shireen Abu Akleh. They also spoke of common efforts to confront global challenges, including those posed by Iran and its proxies.”

The conversation comes a day after Palestinian Authority chief prosecutor Akram Khatib released the findings of the PA’s investigation into the death of Abu Aqleh, who was shot during clashes between IDF soldiers and terrorists in Jenin, and claimed that she was shot by IDF forces.

“The IDF has a clear and direct view of the location of the journalists in Jenin, at the moment of the shooting of journalist Shireen Abu Aqleh,” Khatib said.

Khatib stated that Abu Aqleh and the other journalists with her were wearing gear which clearly marked them as members of the press, and that she was shot as she was attempting to flee IDF gunfire.

The PA report came two days after CNN published a report in which it similarly claimed that Israel was responsible for Abu Aqleh’s death.

Al Jazeera Media Networkannounced on Thursday that it had assigned a legal team to refer the killing of Abu Aqleh to the International Criminal Court (ICC) in The Hague.

Israel has maintained that it is possible that an IDF soldier accidentally shot Abu Aqleh but it is also possible that she was shot by terrorists who were engaged in a firefight with IDF troops at the time and were firing wildly.

Israel has stated that without access to the bullet which killed her it is impossible to know which side fired the shot. The PA has refused Israel’s request to launch a joint probe to investigate the incident.