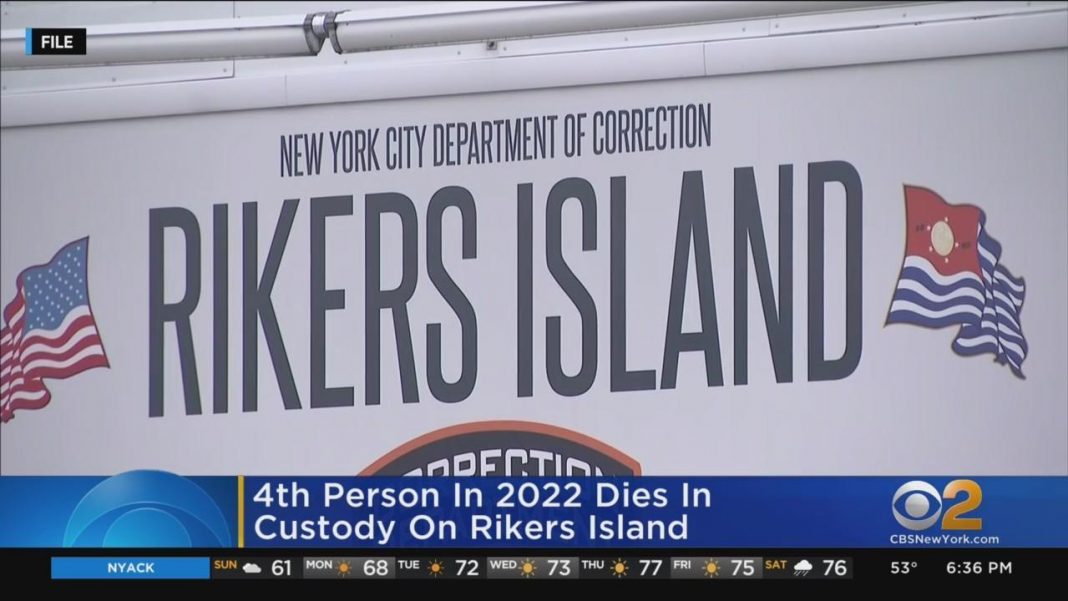 The fourth in-custody death for an inmate at the ailing prison has been recorded for the year. As reported by the NY Post, a 25-year-old inmate hung himself in his cell on Saturday the Anne M. Kross Center, sometime before 5 p.m.  The prisoner, Dashawn Carter, was known to have mental health issues.  He had just arrived on Rikers on Thursday, being charged with burglary and robbery.

Correction officers are required to check on all regular housing areas every thirty minutes, however, as the staffing crisis continues at the prison, many posts remain unmanned, jailhouse sources said. It is not yet known how long Carter had been hanging before he was found.  “Inmates are looking out after themselves. Nothing has changed” since Commissioner Louis Molina was tapped by Mayor Eric Adams to lead the complex in January, one source told the Post.  The source also said the inmate was known to have had mental problems and had been hospitalized before joining the crowd.  The city’s medical examiner will investigate the cause of his death.

Of late, the notorious jail complex has been in the news, describing a precarious situation for inmates and workers, including a shortage of staff, an influx of prisoners, violence between opposing gang members, hidden weapons, and slashings of both inmates and correctional officers.  In 2022, thus far, three other inmates have already died. The official causes of death have yet to be announced. Two of those deaths occurred in March, within two days of each other.

In April, Manhattan federal prosecutors told a judge they were “alarmed” by the continued violence at the Correction facility — and even brought up the option of a federal intervention in conditions don’t improve.  Last November, the Post reported that only a fraction of uniformed DOC staff had completed the annual required suicide prevention refresher training course.  Between Nov. 1, 2020 and Nov. 8, 2021, just roughly 2,400 of about 8,800 staffers received the required training, as per the Department of Correction.

Molina, the DOC commissioner, made a statement following Carter’s death, saying that any death in custody is “a tragic event and an impactful loss.”  “We are truly heartbroken for this person’s family and loved ones and we wish to express our deepest condolences,” Molina said.  “As with all deaths in custody, we will work with our partner agencies on an immediate and full investigation.”