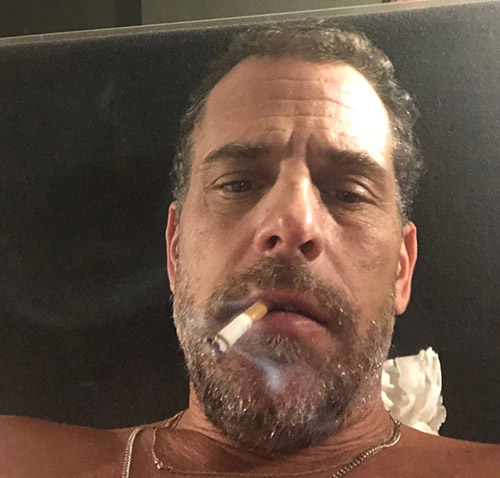 That’s the verdict from a forensic expert reviewing of a copy of Hunter Biden’s laptop hard drive, according to the Washington Examiner.

The publication said it had a former Secret Service agent who has testified as a cyberforensics expert in more than 100 cases up to the international level review the drive.

And the conclusion is that the drive is “indisputably authentic, and there is no evidence of any hacking or file manipulation.”

It is that drive, that Hunter Biden abandoned at a repair shop, that has been the source of a long list of scandalous details involve the Biden family’s international business schemes.

“Using a technique he developed called ‘digital sandwiching,’ Dimitrelos cross-referenced thousands of emails, documents, business records, text messages, Apple Notes, photos, geolocation data, travel records, and other information on the drive to conclude that Biden is the only person capable of producing the data.”

He found, “My analysis revealed there is a 100% certainty that Robert Hunter Biden was the only person responsible for the activity on this hard drive and all of its stored data.”

He said, “Hunter Biden’s MacBook Pro was not hacked, and the data contained on the hard drive is authentic. Based on the data I examined, there was no manipulation of any photographs, emails, documents, or other user activities.”

Reports say a wealthy California man recently paid off $2 million back taxes apparently owed by Hunter Biden to the IRS.

The Examiner reported, “Hunter Biden took dozens of photos of his personal identification cards, including driver’s licenses, credit cards, his birth certificate, social security card, and his Global Entry card, and stored them on his computer. Metadata tied to the photos show they were taken by the same model iPhones that Hunter Biden had linked to his iCloud account, and emails on the drive contain receipts from Apple showing Hunter Biden paid for that same iCloud account on a monthly basis. ”

The report said records on the drive show Hunter Biden’s iCloud account was syncing with 46 devices, including 20 iPhones, eight Mac computers and more.

Dimitrelos said, “Robert Hunter Biden received or sent hundreds of documents or transactions which confirmed he was in control of the laptop during the transactions. None of the emails examined were fraudulent or altered and all are authentic and drafted, sent, and received by RHB.”

The report said, “Dimitrelos’s analysis is a rebuke to claims the laptop and its contents are inauthentic. Despite offering no proof, the Biden campaign, along with many in the media, dismissed the laptop story as Russian disinformation. The president called the story a Russian operation during one of the 2020 presidential debates.”

Joe Biden claimed, “There are 50 former national intelligence folks who said that what he’s accusing me of is a Russian plan. They have said this is, has all the — four, five former heads of the CIA. Both parties say what he’s saying is a bunch of garbage.”

Requests now have been for those 50 former national intelligence folks to be investigated, and have their security clearances revoked.

It was a campaign by social and legacy media organizations that suppressed the New York Post’s original reporting on the laptop scandals just days before the 2020 presidential election. A subsequent survey by Media Research Center showed that had that information been more widely available, enough people would have withheld their support for Joe Biden that he would have lost the election.