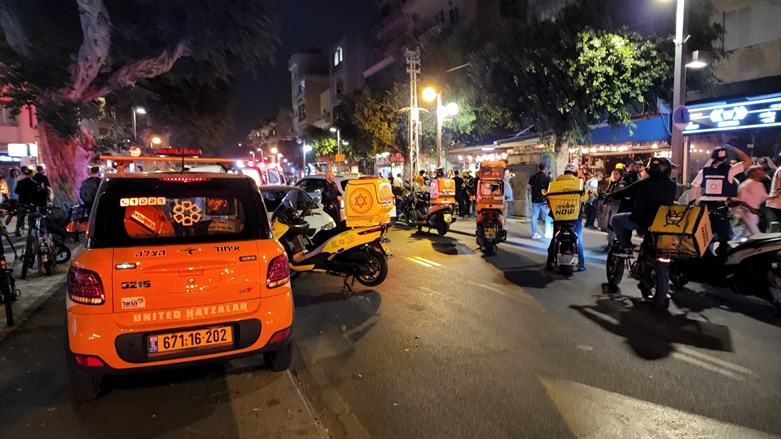 By Uzi Baruch(A7) Security forces early Friday eliminated the terrorist who carried out the shooting attack on Thursday night in Tel Aviv in which two people were murdered.

The terrorist, a Palestinian Arab from Judea and Samaria, was located by the Israel Security Agency (Shin Bet) while hiding near a mosque in Jaffa and was eliminated during an exchange of gunfire with Shin Bet and fighters from the Yamam counterterrorism unit.

Prime Minister Naftali Bennett was updated regularly on the developments overnight. His office said that he would hold a situation assessment at 8:30 a.m. with the participation of Defense Minister Benny Gantz, Public Security Minister Omer Barlev and the heads of the defense establishment.

A preliminary investigation indicates that the terrorist started the attack on Dizengoff Street, near a pub, around 9:00 p.m. on Thursday evening. The terrorist then jumped over a wall and continued in the direction of Hirschenberg Street.

Overnight, Ichilov Hospital in Tel Aviv announced that the surgical operations on four of the 14 people wounded in the attack had concluded.

Defense Minister Benny Gantz (Blue and White) responded: “It is complete but not finished – we laid our hands on the despicable terrorist. We will expand our activities in the face of this wave of terror – in offense, in defense, and in intelligence.”

“The price that we will take from the terrorists and those who sent them will be heavy,” he promised. “I share in the pain of the families of the murdered, wish a recovery to the injured, and express appreciation to the forces who worked and continue to work around the clock. We will continue to act in every place necessary.”

Foreign Minister Yair Lapid (Yesh Atid) said: “We will fight terror together, strike these contemptible terrorists wherever they hide, find those that send them and those who assist them, and we will not rest until quiet returns to the streets.”

“Tonight, murderous terror struck in the heart of Tel Aviv. Young Israelis who never wronged anyone were murdered simply because they’re Israelis. This terror is the poisonous outcome of ongoing incitement by terrorist organizations driven by an ideology of hate. We will fight terror without compromise.

“My heart is with the families of the murdered, we weep with you this morning. I send my wishes for a speedy recovery to the wounded, and hope they return home soon,” Lapid added. “Terror will not defeat us. We are all in this fight together. I send strength to the security forces who are working long days and nights for the security of our citizens. Together, we pray for a quiet Shabbat.”

Diaspora Affairs Minister Nachman Shai (Labor) tweeted, “Today is a difficult day but still we face its challenges. The terrorist was eliminated & we thank the security forces for their tireless efforts to stop terror attacks. My heart is with the bereaved families, & I wish the injured a speedy recovery. We will continue on & we will win.”

Charles Michel, President of the European Council, tweeted, “Appalled by yet another terrorist attack against the Israeli people, this time in Tel Aviv. Our thoughts go to the families of the victims. Fighting terrorism is a common endeavour where we stand together with Israel.”