Passover in our times: A Jewish and a universal view on freedom - The Jewish Voice 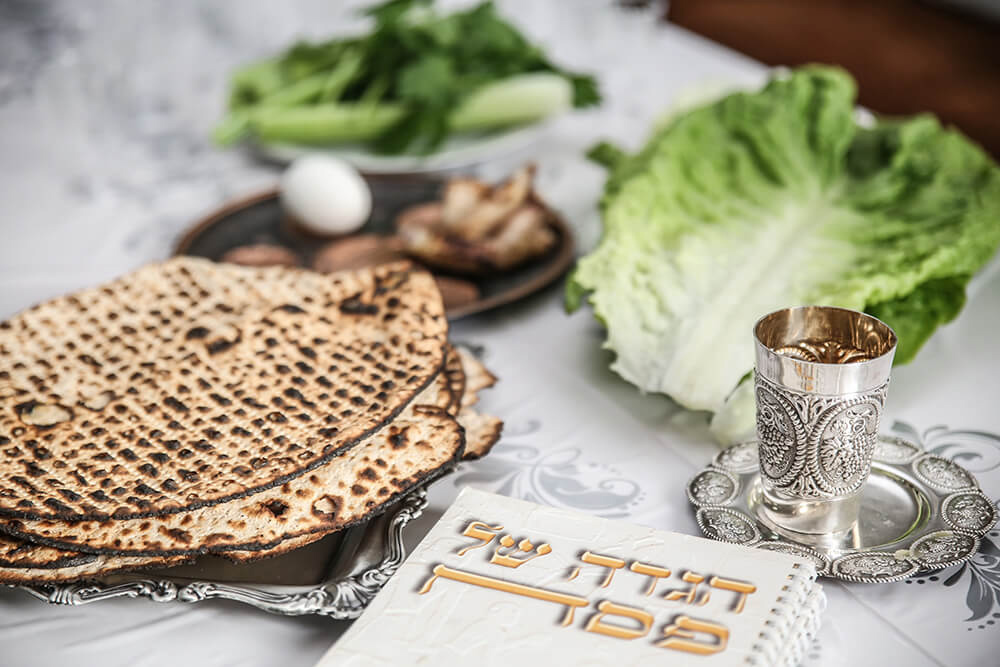 By Daniel Wiseman Each year in the spring Jews around the world celebrate and observe the Passover holiday. Having a Passover seder dinner in which the story of the Exodus from Egypt in the Bible is recounted is the holiday’s familiar well-established custom and begins Friday night. Passover can be a holiday to renew a commitment to freedom to which all Americans of good faith can relate.

On Passover, there are two distinct threads. The holiday is called Pesach in the Bible in Hebrew and is therefore the only Jewish holiday known by two names. The two narratives are merged into one, a particularistic tradition and a universal one.

The Passover drama is for everyone because American freedom is derived in part from the Bible story of overthrowing tyranny and leaving Egypt for the Promised Land. The first colonists who arrived on these shores in the 17th century came for religious and economic freedom. Freedom was in the air and in the bloodstream of the American people always. The famous quote “Rebellion to Tyrants is Obedience to G-d” was first recorded in Massachusetts in 1688. This maxim is most often attributed to Thomas Jefferson, but it was Benjamin Franklin who first proposed it for the Great Seal of the United States in August 1776.

What is further fascinating was that Franklin wanted to make the Exodus, with Moses standing on the shore with his hand over the sea to overwhelm Pharaoh, as the first seal of the United States, but we went with the Bald Eagle holding arrows in one set of talons and an olive branch in the other. But what Jefferson did say is this: Eternal vigilance is the price of freedom. Retelling the Passover story each year provides eternal vigilance for the Jewish People, and freedom from the tyranny of slavery in Egypt under Pharaoh can be a source of inspiration to all Americans.

In Exodus before the Jews are even set free by Pharaoh, we learn how to observe the Passover holiday, including eating matzah and not eating unleavened bread. Strangely, what we learn first about though is the Pesach offering. “Speak to the entire assembly of Israel… take a lamb, examine it, collect all the people, slaughter the lamb… and eat it. Take the blood of the lamb or kid and place it on the two doorposts and lintels of your houses.” G-d says “I will pass through” the land of Egypt and slay every first born of Egypt, i.e. “I will pass over the homes of the Jews, hence we also call this holiday Passover, even though the Torah calls it Pesach.

So far so good, any person, Jew or Gentile can get behind the idea that if you follow G-d’s decrees, G-d will spare you and keep you alive. But then only a few short verses later, the same event gets repeated with a slightly different twist. The Jewish people will arrive in the Land of Israel, and they will need to retell this story. G-d speaks to both Moses and Aaron and says to them: “This is the decree of the Pesach offering, no alienated person may eat from it.” The exact Hebrew words for alienated person is ben-nay-char, which typically means someone who is not Jewish. Passover and leaving Egypt is for everyone, but only Pesach is for the Jews.

Freedom is the gold standard of human existence. But not everybody needs to become Jewish. That’s only for those who really want to be Jews and choose Judaism. Today what we have is a remembrance of Pesach by placing a roasted shank bone on our seder plate and referring to the Pesach offering when we read the Haggadah on seder night. The combined holiday of Passover/Pesach is a holiday for the Jews about freedom that can also be accessed and appreciated by all.

Daniel Wiseman is a resident of Casper, Wyoming, and the assistant rabbi of Temple Beth El in Casper. He wrote and edited for the Casper Star-Tribune from 1987 to 1994. For more information about the Jewish community in Casper, please go to www.jewishcasper.org.