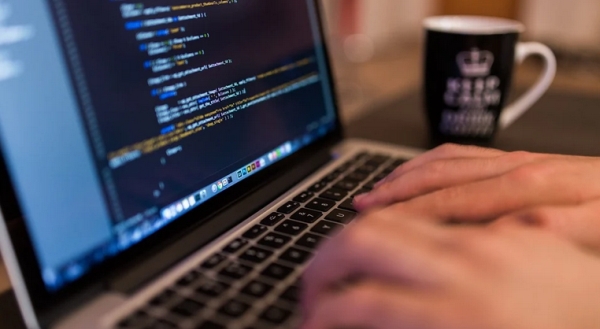 Bob Unruh (WND) Besides the ordinarily scandalous details found on a laptop that Hunter Biden abandoned at a computer repair shop – like evidence he and his extended family including Joe Biden benefited from millions of dollars paid by Russia and Chinese sources, there also were photographs of prostitutes and drug activity and more.

Now a report suggests that might just be the beginning of the details to be found among hundreds of thousands of text messages, emails, photos and videos there.

Because the Daily Mail is reporting that its source for a copy of the drive from that laptop, which apparently is now in FBI hands, has confirmed that 450 gigabytes of material that Hunter Biden apparently thought was “deleted” now has been recovered.

The laptop has been providing scandal after scandal for Joe Biden since the first reports about it appeared just before the 2020 election. That was when the New York Post documented some of the details and published a story, only to be confronted by a total censorship campaign by legacy and social media outlets working together.

One poll after the fact revealed that had the information from just that first story been more widely available to voters, enough would have withheld their support from Joe Biden to cause him to lose the election.

Since then, even those naysayers in the media, like the New York Times and the Washington Post, now have admitted the information found in the computer is accurate.

Those who still refuse to concede to reality, that the emails, images and information have been verified by outside sources, mainly are those 51 former intel industry officials for the U.S. who claimed at the time, even while admitting they had no evidence, that it looked like “Russian disinformation.”

The Daily Mail now has confirmed that Jack Maxey, who provided a copy of the computer drive to the Daily Mail, and members of Congress, has fled to Switzerland to continue his investigation of the drive’s information.

He explained there were “numerous attempts” to stop his work while he was in the U.S., and he told the Daily Mail after he contacted the publication about the laptop last year, “black suburban SUVs appeared outside his house.”

“I showed this to a friend of mine in desperation in February [2021] because nobody would listen to me. No news organizations would take it. In fact, the very first major news organization to take it was the Daily Mail,” he said.

The report said Maxey also gave copies of the drive to the Washington Post, New York Times, and Sen. Chuck Grassley in his role as ranking Republican on the Senate Judiciary Committee.

Now, Maxey is reporting the “laptop from hell” is being searched and its information will be posted online so it can be searched.

The Daily Mail explained, “Hunter’s laptop is brimming with evidence of apparent criminal activity by him and his associates including drug trafficking and prostitution.”

The younger Biden left the computer at a Delaware computer store in 2019. The owner, John Mac Isaac, gave a copy to Trump’s lawyer Rudy Giuliani, who passed it on to Maxey.

Others also reporting on the laptop’s evidence, such as the New York Times, now have revealed the files are evidence in a federal investigation into Hunter Biden’s taxes and foreign lobbying activities.

The laptop already has confirmed Hunter Biden and his partners cashed in on a multi-million dollar deal with the Chinese government-link company CEFC, and one email described how 10% of one big deal was to be held for the “big guy,” later identified as Joe Biden.

White House spokeswoman Jen Psaki has referred to the laptop as Russian disinformation.