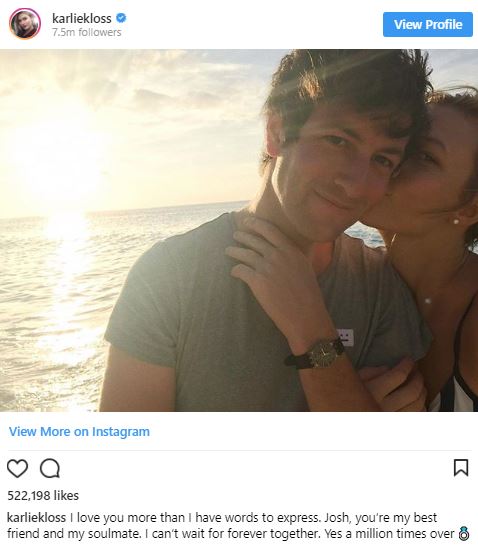 Josh Kushner is the first member of the Kushner family to receive the prized slot on Forbes’ list of the richest people in the world. Neither his more famous brother nor his father, Charles, a real-estate mogul who went to prison in 2005 for two years due to tax evasion, illegal campaign contributions and witness tampering, has ever made the list, according to a report on the VIN web site.

Josh Kushner has an estimated net worth of $2 billion due to some early-stage venture investments as well as the sale of a portion of his venture capital firm, Thrive Capital.

Thrive Capital is a private equity firm that raised money from Princeton University and Peter Thiel. They hit an early home run with an Instagram investment he made just before it was sold to Facebook.

According to an April 5th report on Forbes.com, Josh Kushner founded Thrive in 2010 and has developed a reputation as a “hands-on” investor. The Forbes report states that this has “helped him win over founders at some of the decade’s most high-profile startups including Airtable, Robinhood, Spotify, GitHub, Slack, Fanatics, Plaid, Twitch, Warby Parker and Kim Kardashian’s shapewear brand Skims.”

The Forbes report also said that last May, Goldman Sachs unit Petershill Partners invested an estimated $120 million in Thrive in exchange for an estimated 3% stake. The investment valued the firm at $3.6 billion. Josh owns an estimated two-thirds stake worth $1.9 billion after Forbes applied a conservative 20% private company discount.

In 2016, the entire Kushner family had an estimated worth of $1.8 billion, according to the Forbes report.

The Forbes report stated that “more than half of that fortune was tied to Kushner Companies’ real estate assets, including stakes in Midtown Manhattan’s 666 Fifth Avenue and the former Jehovah’s Witness Watchtower headquarters on the Brooklyn waterfront.”

As for Jared Kushner, at the start of 2016, his worth was estimated at $320 million according to the Forbes report. Much of his wealth is tied up in Kushner Companies’ commercial buildings and rental apartments, based on a document privately submitted to a potential lender and later obtained by the New York Times, as was reported by Forbes.

The younger Kushner brother is married to supermodel Karlie Kloss and the two tied the knot on October 18, 2018 in a small, Jewish ceremony in upstate New York with fewer than 80 guests. In March of 2021, the couple welcomed a baby boy named Levi Joseph.

The grandson of Holocaust survivors, Kushner and his siblings, including sisters Nicole and Dara, grew up in an Orthodox household in Livingston, New Jersey.