Omer Adam is currently the most popular vocalist and recording artist in Israel, whose work combines the melodies and modes of the Middle Eastern-Oriental Mizrahi style with Western pop instrumentation and rhythms. Omer Adam has quickly become a singing sensation, and his songs repeatedly soar to the top of the charts while his concerts sell out in minutes. 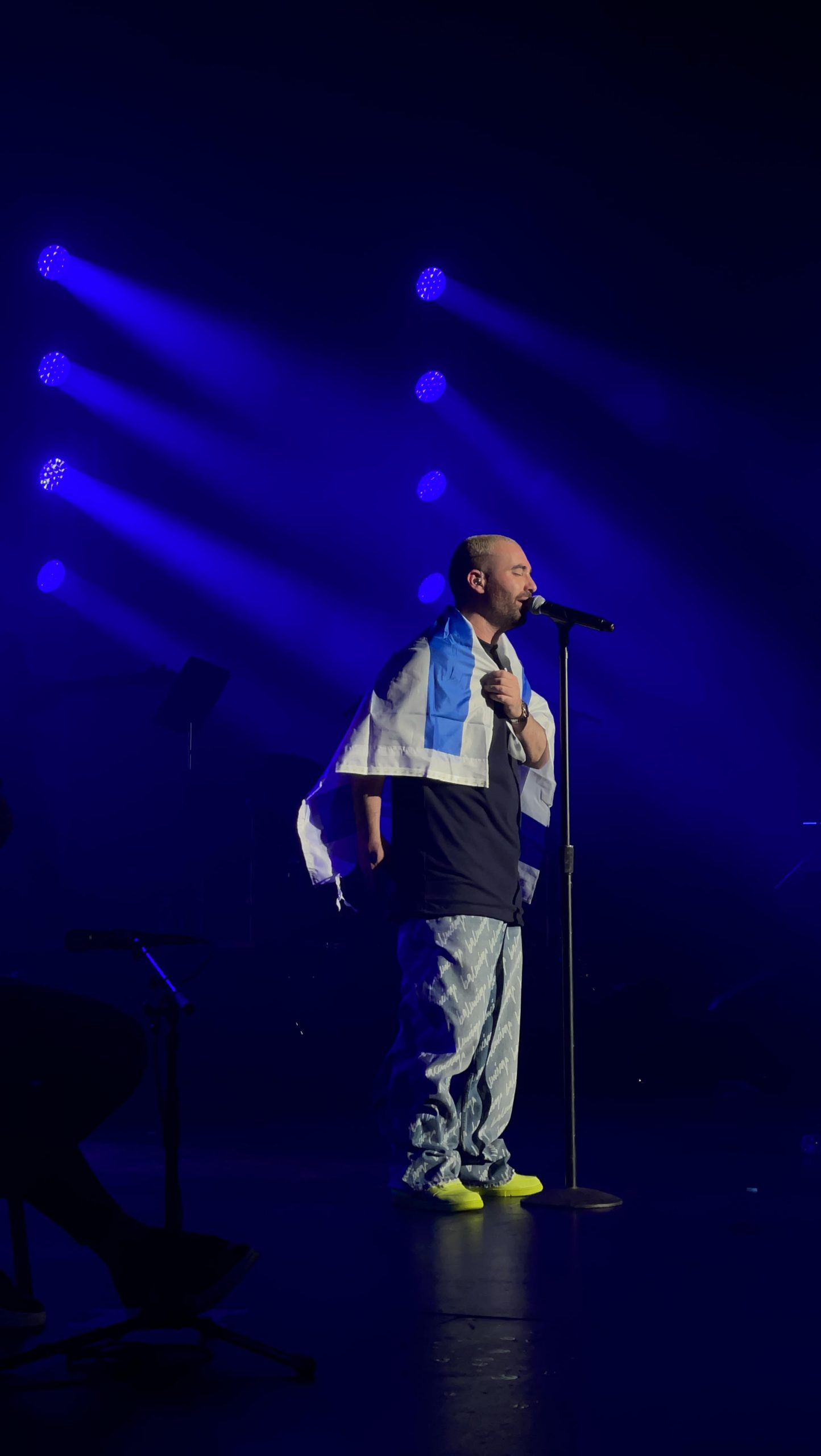 This past weekend fans throughout New York City and beyond had a glorious opportunity to catch Adam live in concert at the Kings Theater in the Flatbush neighborhood of Brooklyn. An upscale venue that features the greatest names in contemporary music as well as upcoming musical talents, the Kings Theater has transitioned into a leading cultural hub, attracting thousands from the tri-state area.

On both Saturday and Sunday evenings, Adam wrapped up a monumental US tour as his stellar performances throughout the country were exuberantly greeted with tremendous fanfare and highly lauded by critics and the media.

According to a report in the Israeli newspaper Maariv, Adam and his younger brother Gal, (who is taking his first steps in the music world) have launched a special family duet. Their new single entitled, “Brothers in Blood” is accompanied by an exciting clip that is chock full of photos and childhood memories of the family.

The new single was released at the end of Adam’s US tour and a month after brother Gal released his first album, which has seen remarkable success. 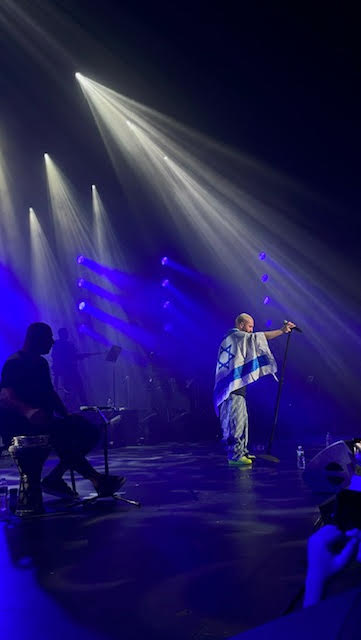 Maariv also reported that nine years separate Omer and Gal and the brothers. The report said, “The two grew up side by side in a home where music has been an integral part of life, accompanied by joys, hospitality and a desire to rejoice and be happy.”

Gal is currently serving in the IDF while collecting new material for his second album, the report also indicated. He is in between rehearsals for a new show that is scheduled to take place early this summer. The show will also include dozens of hits from his first album, “Magnet of Mess.”

Born in 1993 in North Carolina to an Israeli family residing the United States, Omer Adam was three years old when his family returned to Israel and settled in Moshav Mishmar HaShiva and that is where Adam spent his childhood as he grew up in Israel and remained there.

In 2009, Adam participated in the seventh season of Kohav Nolad, a popular Idol series show in Israel, but was disqualified because of being underage at the time of application, according to a Wikipedia report. 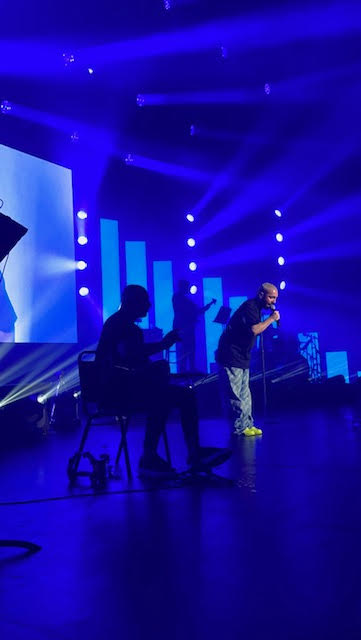 Despite leaving Kokhav Nolad, Adam enjoyed great popularity throughout Israel. He toured the country giving more than 150 performances in less than a year. In late 2009 he released his debut single, called “Lost in the Wind”. The Wikipedia report indicated that he followed it up in July 2010 with “חוזה בנשמה” which became the theme song for the television show “חתונת השנה” (“Wedding of the Year”) on Israel’s Channel 2 station.

In December 2010, he put out an album entitled “Melting Because of You,” including the already released singles in addition to new songs including “I Moved in a Circle,” “Cold night” and “You Will Not Know a Tear.” He also included some remixed versions of his songs, according to the report.

In 2011, he released a second album “Happy”. Wikipedia In March 2011 the first hit from the new album was released entitled “בניתי עלייך”, followed by “קסם” (“Magic”) as a duet with Itzik Kalla.. Wikipedia reported that in May 2011 came his hit (“Million kisses”), with immense online success, followed by (“Close to you”).

On June 15, 2011 Adam appeared in a live show attended by thousands in Caesarea Maritima, a venue on the Israeli coast, becoming the youngest artist to be featured as a main artist.

On January 29, 2012, he released his third album, “Good boy, bad boy”. The first single from the album was “אל תחפשי”, followed by “Meusheret”  and “Baniti Alayich”  He also appeared on a reality television show הסוכנים on the HOT Israeli Entertainment channel .

In June 2013, his song Tel Aviv featuring Arisa, from his album (“Music and Silence”), was the official anthem of Tel Aviv Pride.

In August 2015 he released his fourth album “I thank” which became very popular very soon after its release, according to the Wikipedia report.

Adam had the biggest selling song in Israel in the 2017–18 period, measured between Rosh Hashana in successive years, with “Two Crazy People”  ahead of their Eurovision 2018 Winner performed by Netta Barzilai. Stav Beger was a key producer in both songs.

In 2019, Adam, considered the most popular recording artist in Israel, said that he turned down an offer to appear at that year’s Eurovision contest since it would involve working on Shabbat (Jewish Sabbath). While Adam is not traditionally observant, he has made a point in his career of refusing to work on Shabbat, according to the Wikipedia report. In November 2020, Adam joined 39 other Israeli artists to record Katan Aleinu, a charity single benefitting hospitals battling the COVID-19 pandemic.