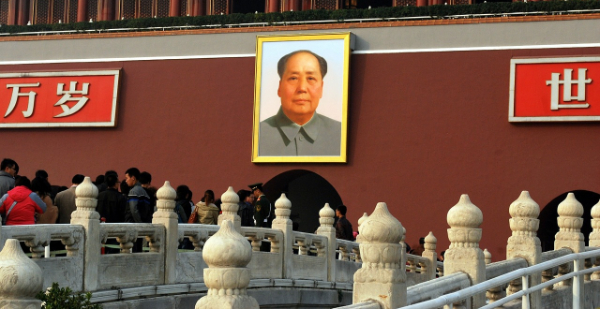 Art Moore(WND) Amid the communist government’s draconian lockdown of Shanghai and other major cities, which have cut off food supplies for many, President Biden’s top COVID adviser Dr. Anthony Fauci praised China as having done “better than anyone else” at the beginning of the pandemic due to its “complete lockdown.”

MSNBC anchor Andrea Mitchell asked the National Institute of Allergy and Infectious Diseases director on Thursday how concerned he is about the outbreak in China, noting the lockdown in Shanghai.

Fauci acknowledged China’s total lockdown wouldn’t be accepted in the United States but said it “prevents the spread of infection.”

“And remember early on, [Beijing was] saying – and I think accurately – that they were doing better than almost anybody else,” he said.

“You use lockdowns to get people vaccinated, so that when you open up, you won’t have a surge of infections.”

Fauci said the reason COVID cases are spiking in China despite the lockdowns is because the country’s vaccine is “not nearly as effective as the vaccines” used elsewhere in the United States, the European Union and other places.

In line with its zero-COVID policy, authorities put Shanghai’s 26 million under total lockdown on April 5, which cut off food supplies and turned residents into “hunter-gatherers,” according to a New York University professor living in the city, Business Insider reported.

Shanghai recorded 22,342 COVID-19 infections on Tuesday, bringing the total count to about 227,000 since March 1, which is a littler more than 1% of the population.

‘Little to no public health effects’ but ‘enormous’ harm
In January, Johns Hopkins University released a meta-analysis finding COVID lockdowns have been ineffective while cause massive harm.

The examination of more than 18,000 studies – which was largely ignored by establishment media – found that during the first COVID wave in the spring of 2020, lockdowns in the U.S. and Europe reduced COVID mortality by 0.2%, or two-tenths of 1%.

“While this meta-analysis concludes that lockdowns have had little to no public health effects, they have imposed enormous economic and social costs where they have been adopted,” the researchers wrote. “In consequence, lockdown policies are ill-founded and should be rejected as a pandemic policy instrument.”

During the pandemic, however, establishment media regularly shamed Republican-led states with minimal restrictions and raised alarm about events such as sold-out Southeastern Conference football games they called “superspreaders.”

Blind to collateral harms
The conclusions by the Johns Hopkins researchers are consistent with other studies of hard data from around the world showing the lockdowns and other severe mitigation measures didn’t stop the typical waxing and waning of a respiratory virus pandemic.

And the unintended consequences have been documented by the World Health Organization and the Centers for Disease Control and Prevention.

As WND reported in December, the CDC warned that measles has become a growing global threat because of disruptions to childhood vaccinations caused by the lockdowns.

The WHO, in its latest malaria report, said in December that amid “disruptions” to health services during the COVID-19 pandemic, malaria cases and deaths rose significantly in 2020 compared to the previous year.